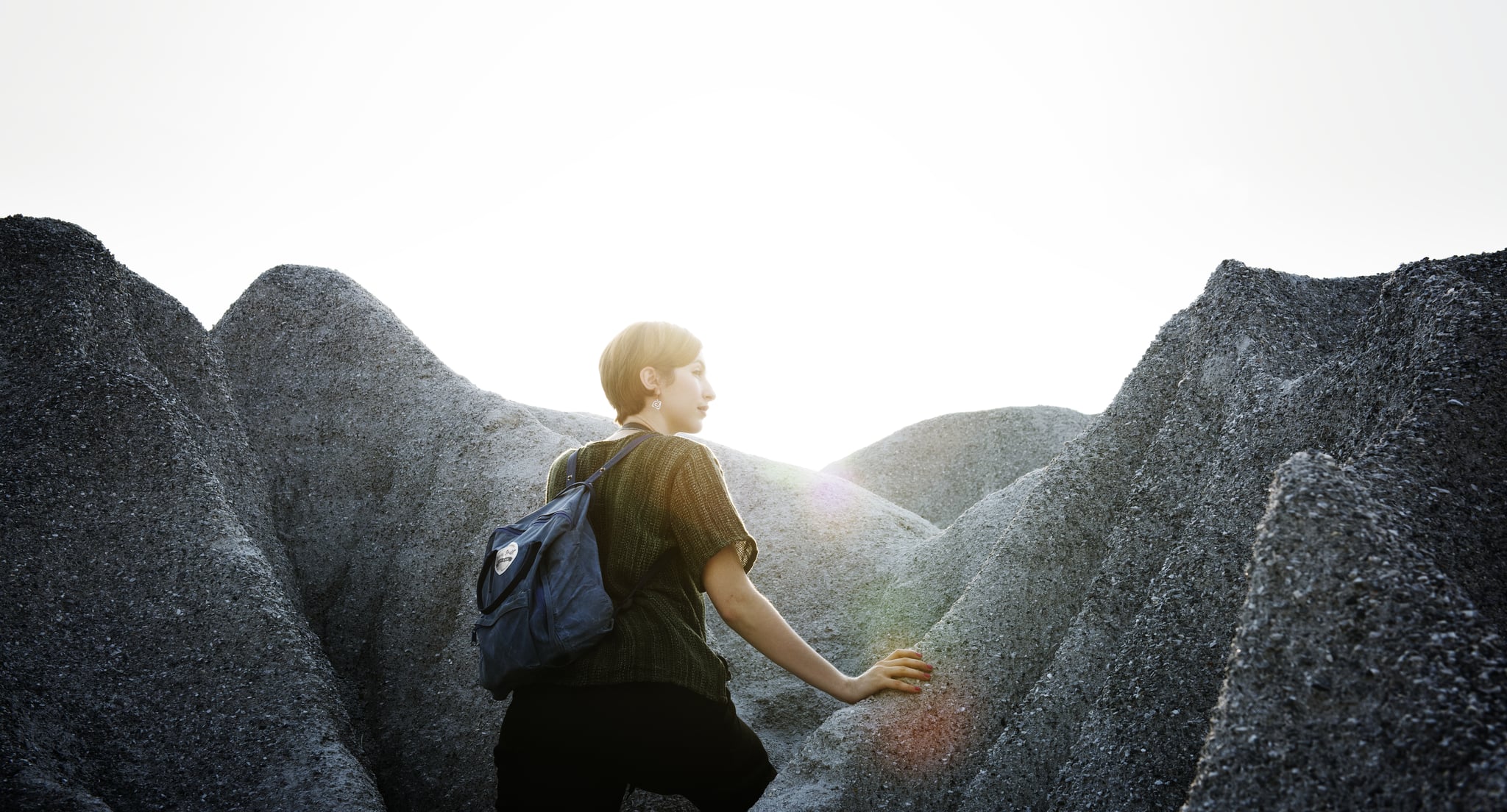 Ever wondered what it would be like to pick up, pack up, and move halfway around the world? Well, I've done just that, and am here to tell my truth about the experience. Wonderful, stimulating, strengthening, and enlightening while simultaneously mind-boggling and overwhelming — and I would be lying if I said that it doesn't come without its share of difficulties. I feel equally at peace in new places where things are different and unexpected as I do in the presence and warmth of the people that I love most in the world. For me, it's an insatiable hunger to discover distant places that brings me outside of what could be a very comfortable bubble. Though, it is never until my arrival in the unknown that reality hits.

Post-college graduation I chose to make the move to Mumbai, India, for a creative consulting contract — 23 years old and getting on a plane to start from scratch in a city that I'd never once visited before. Placing yourself in the midst of uncertainty and newness forces you to slow down and trust the process. You become your own navigator, giving yourself credence in the face of challenges and unpredictability. Some days feel simple and move forward with ease while others feel confusing and impossible. As the initial shock and thrill begin to settle, passing moments of pining will creep in. There may even be a breakdown of spectacular proportions. Don't worry, it passes. I sometimes crave the ease of daily life in familiar territory or the option to lounge around with my family. Fortunately, those times will come again. More often than not, I'm too lost in the experience of creating my new normal to actually give it any thought.

It brings a sense of independence that is grounding and fulfilling.

There is a sense of pride in building a life in a foreign country, no reliance on existing networks or ties, no friendships to walk into or routines already established. Make as much room for frustration and tears as you do new friends and open-mindedness. Things will inevitably break or go wrong and you will be the one to make it right. Things that once felt impossible will no longer seem that way. There will be laughter where there was once stress while challenges shine in a new light. You will stumble into kind souls that feel like home and find grace in the mundane. Simple things like finding a connection with a new friend or finding your groceries at the market have a newness and strangeness that just don't hold the same weight at home. It's an achievement, and it has given me the confidence that if it came to it, I can and would do it all over again.

Related:
The Surprising Things I Learned From My First Couchsurfing Experience

Cling to the method behind your madness as tightly as you can. We all have our reasons for wanting to move somewhere new and while adding in oceans and other continents is a bit (or a lot) more of a gamble — the return on investment is that much more. It brings a sense of independence that is grounding and fulfilling. We are all so unfathomably similar at our core, carrying the same hopes while in search of the same truths. Spending time getting lost makes the getting found a feat. You can belong anywhere.

Netflix
As a Tamil American, I Wish Never Have I Ever Was Around When I Was Younger
by Ivanka Perez 2 days ago

Personal Essay
The World Is Reopening, and My Comfy Clothes are Here to Stay
by Daria Yazmiene 2 days ago

Acne
I've Always Loved My Freckles, but When I Got Acne, I Questioned: Do I Cover Them?
by Mykenna Maniece 2 days ago

Personal Essay
There Aren't Enough Rural Queer TV Characters, and That Has to Change
by Elizabeth Enochs 6 days ago

by Samantha Brodsky 22 hours ago

Tinashe's New Album Is Dropping in a Matter of Weeks — Get All the Details!

We Don't Know Much About Jordan Peele's New Horror Film, but the Poster Offers Some Clues