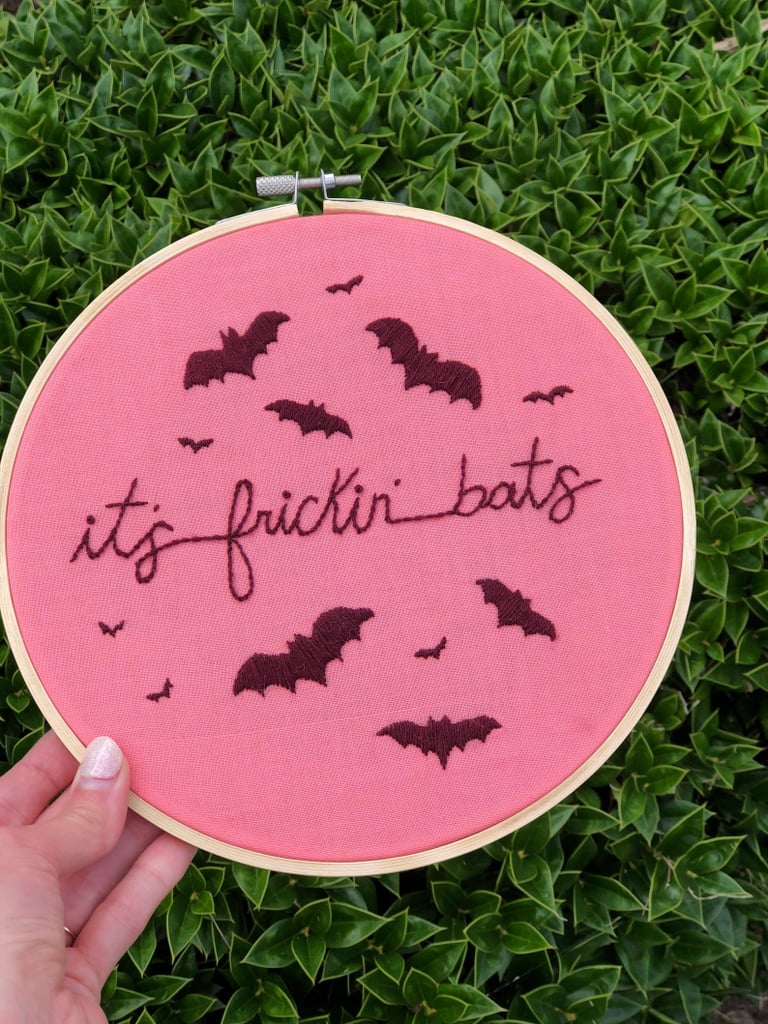 This Spooky Season, I'm Going All Out With "It's Frickin' Bats" Merch, and You Can't Stop Me

TikTok might be the reigning video app right now, but back in the day, there was a little thing called Vine, and it was extraordinary. One of the gifts that Vine gave us in a moment of viral glory was the 2013 "Look . . . it's frickin' bats! I love Halloween" video. Even though the hilarious little girl who so effortlessly said the most relatable statement of the century is now closer to being a teenager than the toddler she was in the original viral video, her phrase still pops into my head every year as soon I see fall decor appear on store shelves: Everything is frickin' bats, and I love Halloween.

It's hard to describe just how *iconic* this Vine was at the time, and it's even more of a marvel how it continues to reemerge each Halloween. That's why I'm so thankful that this holiday season I can choose from a huge variety of "It's Frickin' Bats" merch that's available online. Thanks to this perfect Halloween meme, I'll be sporting the phrase all spooky season long, and honestly, probably well into next year, too. It's frickin' bats!