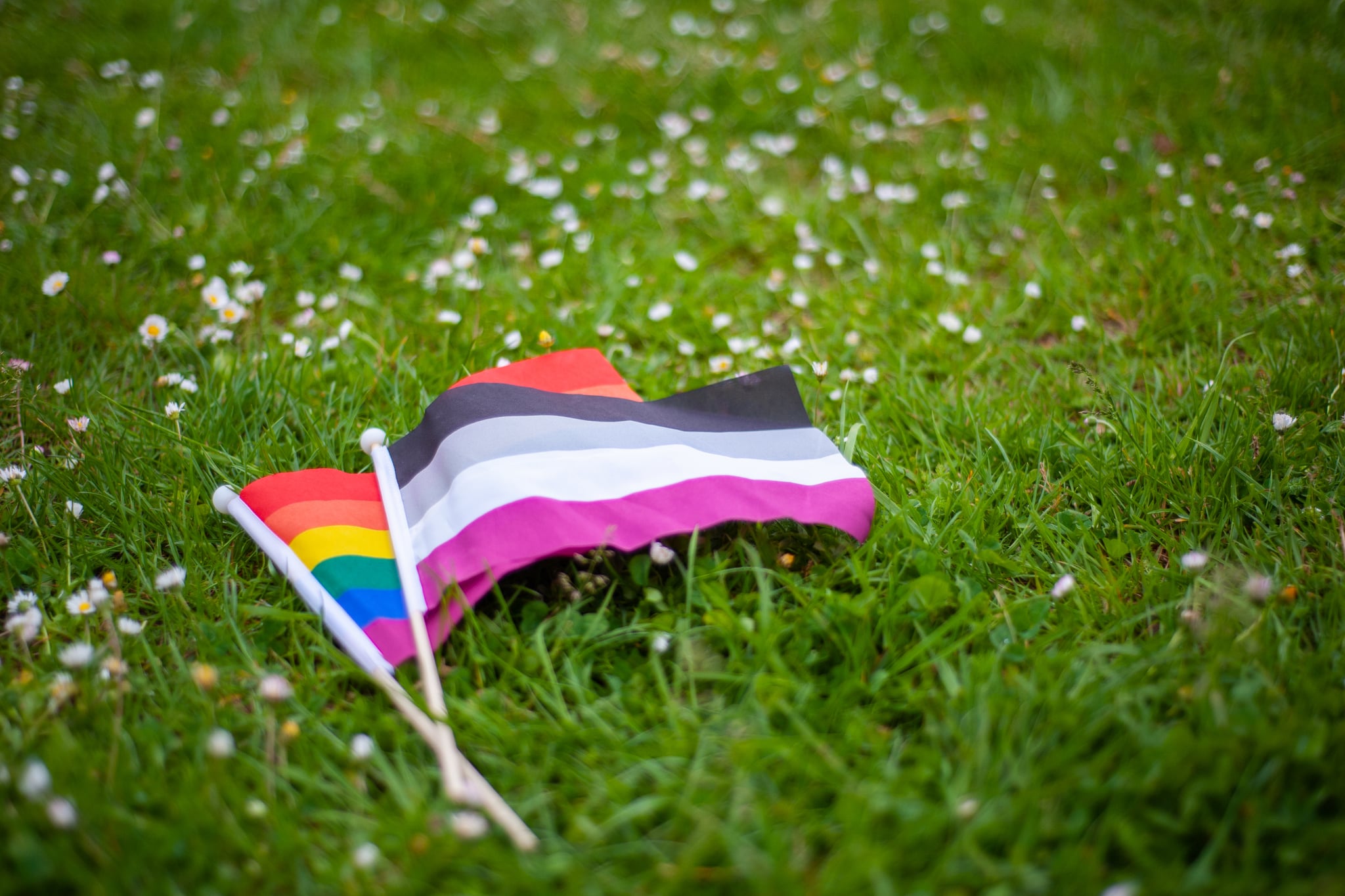 It's crucial for everyone to have a baseline understanding of what asexuality is and what falls under the asexuality spectrum, both because raising awareness can help people who are ace find information they need and because it allows everyone to be more supportive, respectful, and considerate of the ace people in their lives.

"The asexual community — including those on the asexual spectrum — are members of the LGBTQ+ community and face many of the same struggles, including experiencing discrimination at home, school, and work," Mary Beth Maxwell, the Human Rights Campaign's senior vice president for programs, research, and training, told POPSUGAR in a previous article. "The asexual community is also often misrepresented, underrepresented, or erased. That's unacceptable, and all of us in the broader community should recommit to speaking up in support and helping to change that."

With that in mind, this is what to know about what it means to be asexual, including what falls under the asexuality spectrum, common misconceptions about asexuality, and why asexual representation is so important.

Related:
The Best Books About Sexual Orientation and Gender Identity For Tweens

What Is the Asexuality Spectrum?

As noted above, the term asexuality is not one size fits all. Like many sexual orientations, asexuality is best understood as a spectrum that encapsulates many different experiences and identities. For example, someone can be graysexual, meaning they "may experience sexual attraction very rarely, only under specific circumstances, or of an intensity so low that is ignorable and not a necessity in relationships," per AVEN. Someone can also be demisexual, meaning they "can only experience sexual attraction or desire after an emotional bond has been formed." These terms fall under the asexuality umbrella.

The other relevant spectrum for asexuality is sex-favorable versus sex-averse, says Brohmer. "Someone who is asexual but sex-favorable might be willing to have sex with their partner, even though they don't necessarily feel sexual attraction." (It's even possible they'll enjoy having sex because it makes their partner happy and/or can be a bonding experience.) But someone who is sex-averse likely "does not want to be partnered with someone who would want or expect to have sex with them," Brohmer says.

How Do I Know If I'm Asexual?

There's no one way to answer this. If you do not experience sexual attraction or an "intrinsic desire to have sexual relationships," per AVEN, this could mean you're asexual. While there's no definitive checklist, Brohmer says you may be asexual if:

Ultimately, if you think you might be asexual, Brohmer suggests reading about the experiences of other asexual people. "It is really difficult to recognize when you don't have an experience that everyone else has, and you might find it easier to understand asexuality through other people's stories."

You can do this by checking out AVEN's website (and specifically their FAQ section) or The Trevor Project for more resources. You can also read books like "Ace: What Asexuality Reveals About Desire, Society, and the Meaning of Sex" and "The Invisible Orientation: An Introduction to Asexuality." For more personalized help, talking to a therapist is a great option to explore and express your individual feelings.

What Are Some Common Misconceptions About Asexuality?

A main assumption about asexual individuals is that there is something physically wrong with them. "Many people assume that not being interested in sexual attraction or experiencing sexual activity is a function of 'broken' genitalia, which isn't the case," asexual activist Sara Beth Brooks previously told POPSUGAR. Asexuality is not synonymous with sexual dysfunction, low libido, or having a mental disorder. Simply, asexual people just lack sexual attraction.

Where Is the Asexual Representation?

Asexuality still isn't well-understood by the general public. In fact, Brooks previously told POPSUGAR that even LGBTQ+ communities don't always include ace folks, which is why she founded Asexual Awareness Week in an attempt to lobby national LGBTQ+ organizations for inclusion. So far, the National LGBTQ+ Task Force, GLAAD, and The Trevor Project have adopted her cause to help prevent asexual erasure.

Brooks hopes that one day, there's a basic mainstream understanding of what it really means to be ace. "There are groups of people who identify as asexual who don't have access to information," she previously told POPSUGAR, acknowledging that these efforts take time — and systemic change: "It's a matter of having access to good information about sex and sexuality that leads us back to a conversation about better education in high school and in college."

Elliot Page
Elliot Page's New Memoir Is a Pivotal Win For the Trans Community: "It Didn't Feel Possible"
by Chanel Vargas 2 days ago

Identity
2022 Has Been a Dangerous Year For the LGBTQ+ Community. Here's How We Can All Help.
by Nayanika Guha 1 week ago