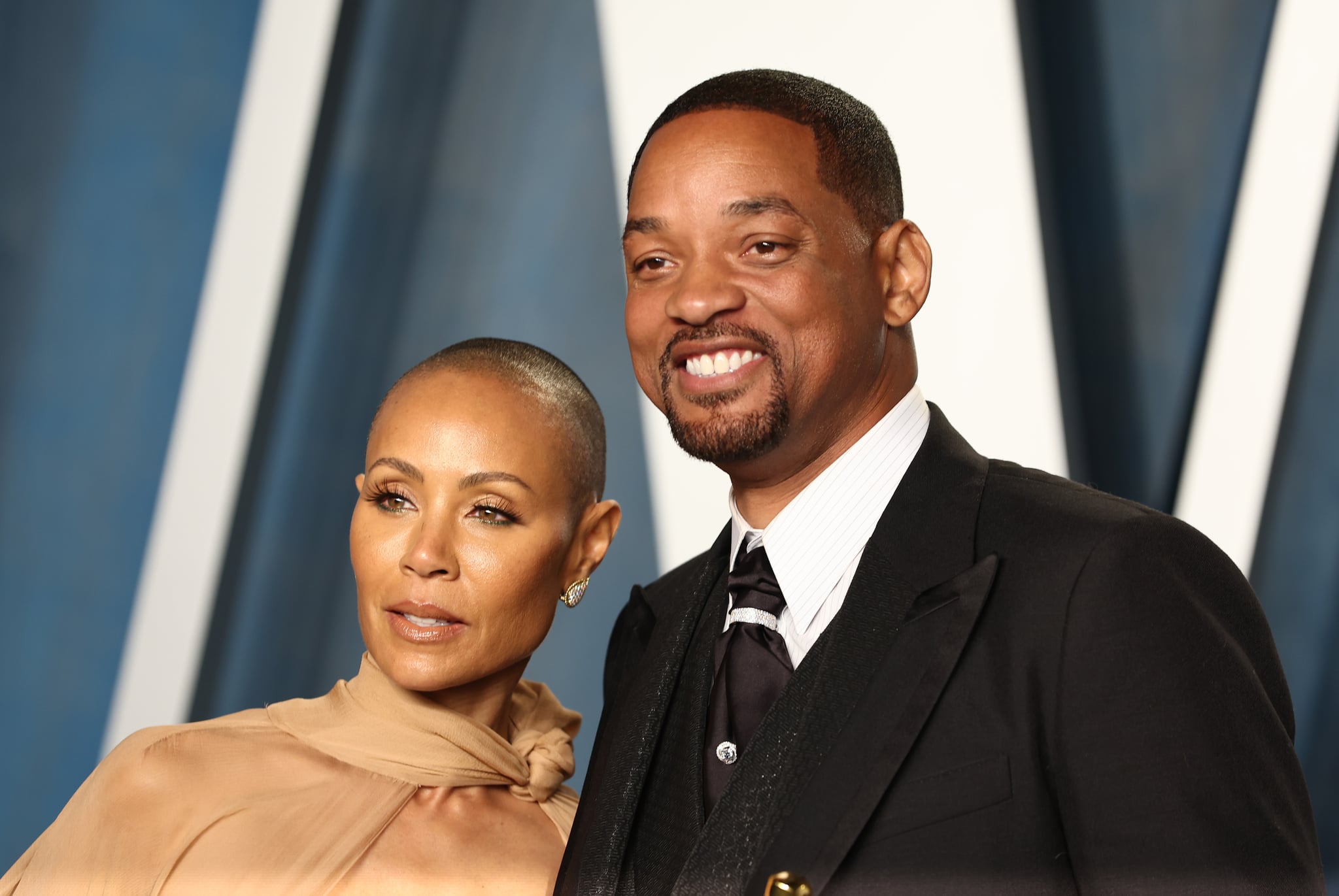 Like everyone else who was even marginally on social media Sunday night, I, too, followed the whirlwind discourse on the Will Smith/Jada Pinkett Smith/Chris Rock drama. From reading about celeb reactions to getting lost in unnecessarily long posts on Reddit, I stayed up way too late analyzing every social media user's opinion about what happened. And wound through many of the perspectives, theories, judgements, and jokes, a repeated thread caught my eye: commenter after commenter made jokes about the Smiths's open marriage.

As a member of the nonmonogamous world myself, I have long admired the Smiths for their openness about their uniquely designed relationship dynamic, despite the constant sh*t they get for it. I've watched as media outlets describe what they're doing as cheating, even though they both speak about the fact that they are consenting and supportive of each other in a not-always-monogamous marriage. Will Smith has been quoted saying there has never been infidelity in their marriage. (According to the pair, Jada's famous "entanglement" with singer August Alsina was during a separation between the couple.)

Yet after Sunday night, despite what happened having nothing to do with their relationship status, I've seen an onslaught of jokes and punchlines about the couple's marriage.

"You can fuck his wife. You just can't fuck with his wife," says one Reddit user in a post.

"He showed more anger to Chris than the guy his wife was messing with," says another TikTok user.

When Will Smith received a BAFTA for best actor a few weeks ago, Rebel Wilson leaned into the same tired joke saying, "I thought [Will's] best performance over the past year was being OK with all his wife's boyfriends!" But to me, nothing about this is funny, because ridiculing people for their sexual expression or identity is never OK.

In fact, these tired, half-assed jokes largely target Jada for what is unilaterally (and incorrectly) characterized as infidelity. Given that her husband freely admits to participating in the open relationship along with her, these comments are gross on many levels, as they single out Jada as the instigator of a made-up interpersonal conflict.

Valerie Poppel, clinical sexologist of the Swann Center and author of "Black Females Sexual Myths," believes the reason Jada receives more criticism than Will for their open marriage is because of the jezebel stereotype Black women are often held to.

This is a racist and sexist archetype that paints Black women as sexually insatiable and sexually manipulative. The portrayal of Jada as a cheater who sleeps with lots of men outside her marriage actually perpetuates this stereotype, damaging all Black women.

"It's dangerous because [it means] we can never be free and truly authentic, especially when it pertains to sexual expression," Dr. Poppel says. "We must address these labels, destroy them, and allow Black women to just be human beings in all of our authentic selves."

The public refusing to hear the Smiths when they insist there has never been any infidelity, or God forbid, that they might experience happiness due to their relationship dynamic, is pure ignorance.

Of course, what happened at the Oscars has nothing to do with open relationships. But seeing the same old disparaging jokes about nonmonogamy become part of the conversation made me ask myself, yet again, why nonmonogamous people inspire such a negative reaction.

Others might say they would feel jealous at the thought of their partner being sexual or romantic with someone else. That's their prerogative, but for many nonmonogamous people, we either actively deconstruct jealousy, don't feel it in the first place, or get a deep sense of happiness from the love our partners experience with others. Why does our way of life have to be centered around your preferences?

But underlying these responses is a simple, though frustrating, truth: people don't take nonmonogamy seriously because it's still stigmatized in a society that places monogamous relationships on a pedestal. And while it's easy to brush off comments like the ones I saw last night as jokes, I think they warrant paying attention to, if only because they hurt people who are in loving, responsible, nonmonogamous relationships — and people who may be interested in exploring them in the future.

Ultimately, other people's relationships — monogamous or not — are no one's business but their own. But the jokes that surrounded Sunday's awards show revealed how far we as a society still have to go. Because there's nothing funny about devaluing someone's relationship or marital preferences. Full stop.

Relationships
Why Is It So Much Harder to Get Over a Healthy Relationship Than a Toxic One?
by Taylor Andrews 3 days ago

by Eden Arielle Gordon 19 hours ago