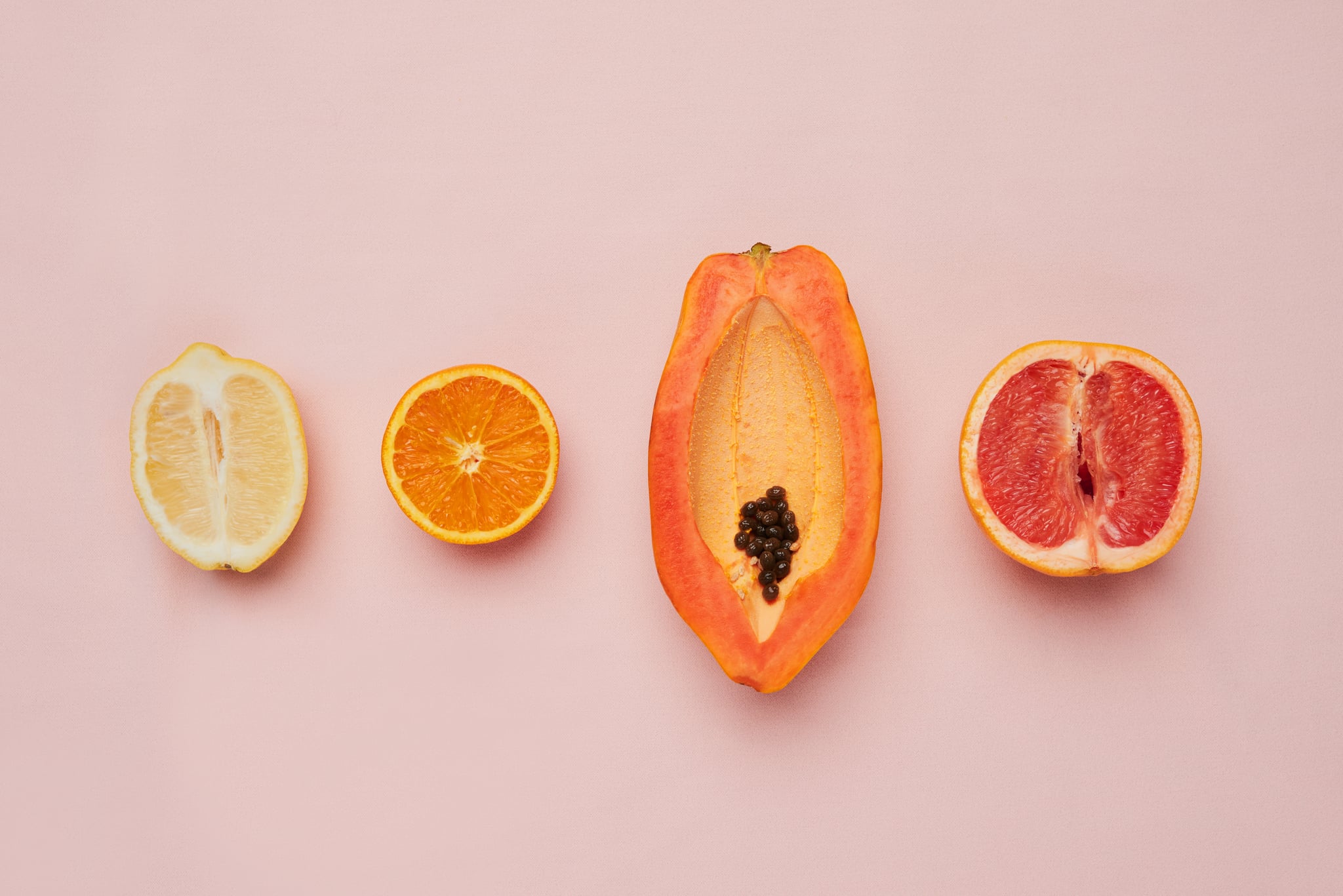 Type "vagina" into Google, and you'll be bombarded with tips on how to improve the smell or how to make it taste more palatable to a lover. Since the dawn of marketing, people with vulvas have been told the same message: your vagina should be more enticing. In 1928, Lysol was advertised as a vaginal "disinfectant," which led to dangerous reactions and even death. But recently, in an attempt to capture the authentic flavor and smell of vulvas, some companies have positioned the natural scent as desirable — or even delicious.

Reminiscent of Harry Potter's Bertie Bott's Every Flavour Beans, Lithuanian snack company Chazz debuted "p*ssy-flavored chips" with the intent of satisfying a craving for the more sex-deprived among us. After embarking on some "very serious" research, gathering a variety of opinions from different countries on what "the p*ssy taste associates with," the company worked with spice manufacturers to mix and match ingredients until it was satisfied with the closest taste. The resulting recipe includes ingredients like lemon juice, parsley, sour cream, bay leaves, black pepper, onions, garlic, and, of course, yeast extract *wiggles eyebrows*.

"Vagina aromas are like snowflakes: they may have some similar characteristics but are all unique . . ."

Of course, the internet was quick to respond. Jokes like "sounds fishy" and "you mean fish and chips flavor?" circulated quickly on Twitter, referencing the long-lived misbelief that healthy vulvas smell like fish (if it does, it might be a sign of infection). Vaginal shame is something many can sympathize with, thanks to a lack of sex education around "feminine hygiene" and a culture that's told us vulvas, periods, and general sexuality is something to be ashamed of. In a survey by Vagisil (yes, the company that sells scented washes for vaginas — there aren't many studies around vaginal health), 50 percent of the women surveyed have avoided receiving oral sex because they weren't confident about their vaginal scent. Could a tasty snack change the narrative?

The snack company — whether it intended to or not — is insinuating that "p*ssy" tastes good. It sounds like it made an effort to capture the "authentic" flavor, which makes the chips a welcome change of pace from the overly perfumed vagina-scented goods we've become so familiar with.

Compare them to Goop's "This Smells Like My Vagina" candle, for example, which shocked consumers in 2019, shortly followed by Kourtney Kardashian's "This Smells Like My Pooshy." Both were marketed as vagina-scented candles that represent "female empowerment," but the ingredients told a different story. Black gardenia, geranium, and honeysuckle only perpetuated the longstanding (and impossible) idea that vulvas are expected to smell flowery. (The vagina is naturally acidic to maintain a healthy balance of bacteria, so it definitely shouldn't smell like flowers or taste like fruit.)

"We have an abundance of models who take pride in their sexuality and who wanted to take this step to help us make candles that would help empower women," Brett Hogan, CamSoda communications manager, tells POPSUGAR. Granted, "in addition to that, Dani, AJ, and Kelsi have a ton of loyal and dedicated fans who are eager to get their hands on the scent of their favorite adult stars."

Hogan says CamSoda took note of the hype behind the creation of Goop candles and "how it was made to remove the shame behind the smell of a woman's private parts." While that sounded great in theory, it soon became obvious it smelled like "any old candle." Hogan says, "We felt that we could do better than that."

While the Dani Daniels candle does have some traditional elements you'll see in other candles such as lavender, vanilla, and mint, Hogan says what differentiates it is "we're not afraid to use scents many are afraid to touch." Daniels's candle, for example, includes grapefruit, crème fraîche, and eastern red cedar. "Realism is what we were going for. If we were going to make these candles to help women take pride in their vaginas and men get a real grasp of what their favorite porn stars really smell like down there, we needed to go for notes no one would expect."

How, exactly, did they capture something so unique to the individual? "The women self-administered cotton swabs to get samples that were then studied by aromachologists to develop aroma profiles that were replicated in a lab," Hogan says. "Vagina aromas are like snowflakes: they may have some similar characteristics but are all unique, and their candles mimic their scents." And on top of all this scent wizardry, the candles can also be used for wax play. The result? Candles that make vulvas feel sexy, which may seem redundant, but the reality is a lot of people with vaginas experience shame around their genitals that negatively impacts their sex lives.

Neither company is exactly the pinnacle of feminism — and there's something to be said about people profiting off of vaginas in general — but at least the products they're creating are moving the conversation forward. Because the only thing floral about your vulva should be the bacterial flora living in your vagina.