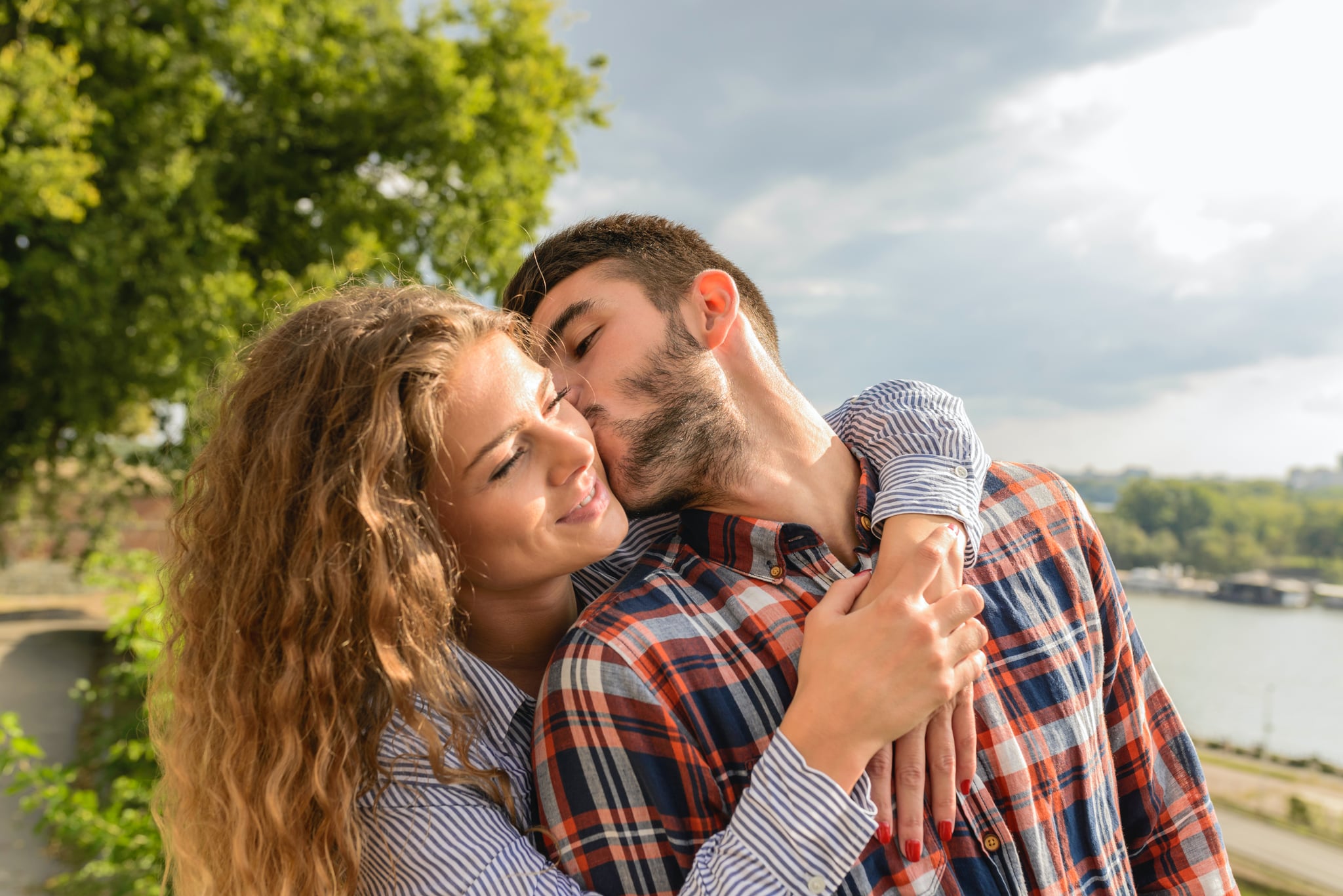 A right swipe, a date, the first kiss, and some major butterflies — what do all of these have in common? In the modern dating sphere, they can be considered pretty universal experiences when it comes to meeting someone new. Each step, often in a similar order, typically represents the progression of a new and budding relationship. When you start dating a new boo, consider the "milestones" you usually look for. Do you often find yourself experiencing the same timeline in all of your relationships?

While these milestones can look vastly different depending on the people involved, experts say there are generally a few phases that occur in most romantic partnerships. It's important to note, however, that the stages of a relationship don't necessarily have a name and that the patterns or consequences of each stage aren't always the same for every couple.

Still, it can be helpful to have an idea of which "stage" you and your partner are in. It can allow each of you to get a better perspective on where your relationship is, where you are going, and what work is needed to get there. Read on to see what experts say about the stages of a relationship.

Commonly used to describe the initial period of infatuation with someone new, the "honeymoon stage," according to experts, is part of most new relationships. "The honeymoon phase is very real," says Courtney Watson, LMFT. "The oxytocin is flowing, and you have a blind eye to some of the things that maybe you wouldn't enjoy. There's a lot more leniency and flexibility in the honeymoon phase."

As many of us know, the honeymoon phase is when we have on our rose-colored glasses and get excited about a new or potential partner, despite their flaws. Thalia Ouimet, a professional matchmaker and dating coach, agrees with this sentiment. "[The honeymoon stage] is when two people are experiencing love/lust at its highest peak and the 'nothing matters' feeling takes place."

While it's natural and valid to enjoy this time of high energy and passion, it's important to stay grounded in reality and address both you and your partner's needs — and to remember that you're still getting to know each other. After all, it's really easy to ignore red flags when you're absolutely infatuated with someone.

In this reality-check stage, you have to face human traits and begin figuring out if they are something you can live with in the long term. However, this stage is also a great time to start building a sense of trust and to establish that you're both on each other's teams.

Try setting aside present time for sharing your thoughts and feelings with each other. You should also honor each other's communication styles and work toward productively resolving conflicts and issues.

The "work" stage is arguably the longest and most difficult phase of a relationship. "If you choose to continue the relationship, then it's time to do work," Watson says. "When you haven't found a way for you and your partner to compromise or find a fit within a conflict, that means that there's still work to be done."

This stage may take a long time and can continue even through the first few years of a marriage. This is the time to move past the annoyances you find in your partner and actually take steps to compromise and figure out how to make the relationship work in the long run. Getting through the work stage can be a telltale sign that your relationship is endgame.

"This stage is when two people figure out boundaries and what is expected in the relationship," Ouimet says. "This is also very positive, because it's the 'make or break' stage."

The last stage of a relationship is the acceptance stage. As the name suggests, this time is when each of you learns to accept the other for they are and settle into your life partnership. "You know that you're in the acceptance phase when the things that used to bother you don't trigger you anymore," Watson says.

After putting the work in during your previous stage, you'll likely have a fruitful and peaceful relationship during this phase. "This [stage] occurs when a couple has achieved a healthy, well-balanced relationship with respect and integrity." Ouimet explains. "Both individuals feel loved and heard, and this stage is by far the best and most fulfilling, because you built a foundation strong enough to have an everlasting love."

If your relationship is still budding and new, you can still look forward to the peace and depth of love to come later on. It takes time and a lot of work, but the end result will make it all worth it.

Relationships
Is "White Lotus"'s Albie a Nice Guy, or Is He a White Knight Gone Wrong?
by Melanie Whyte 6 days ago

Pete Davidson
It's Been 4 Years of BDE, and We Still Don't Know What Big D*ck Energy Truly Is
by Melanie Whyte 2 weeks ago

Relationships
The Situationship Is Dead
by Taylor Andrews 2 weeks ago