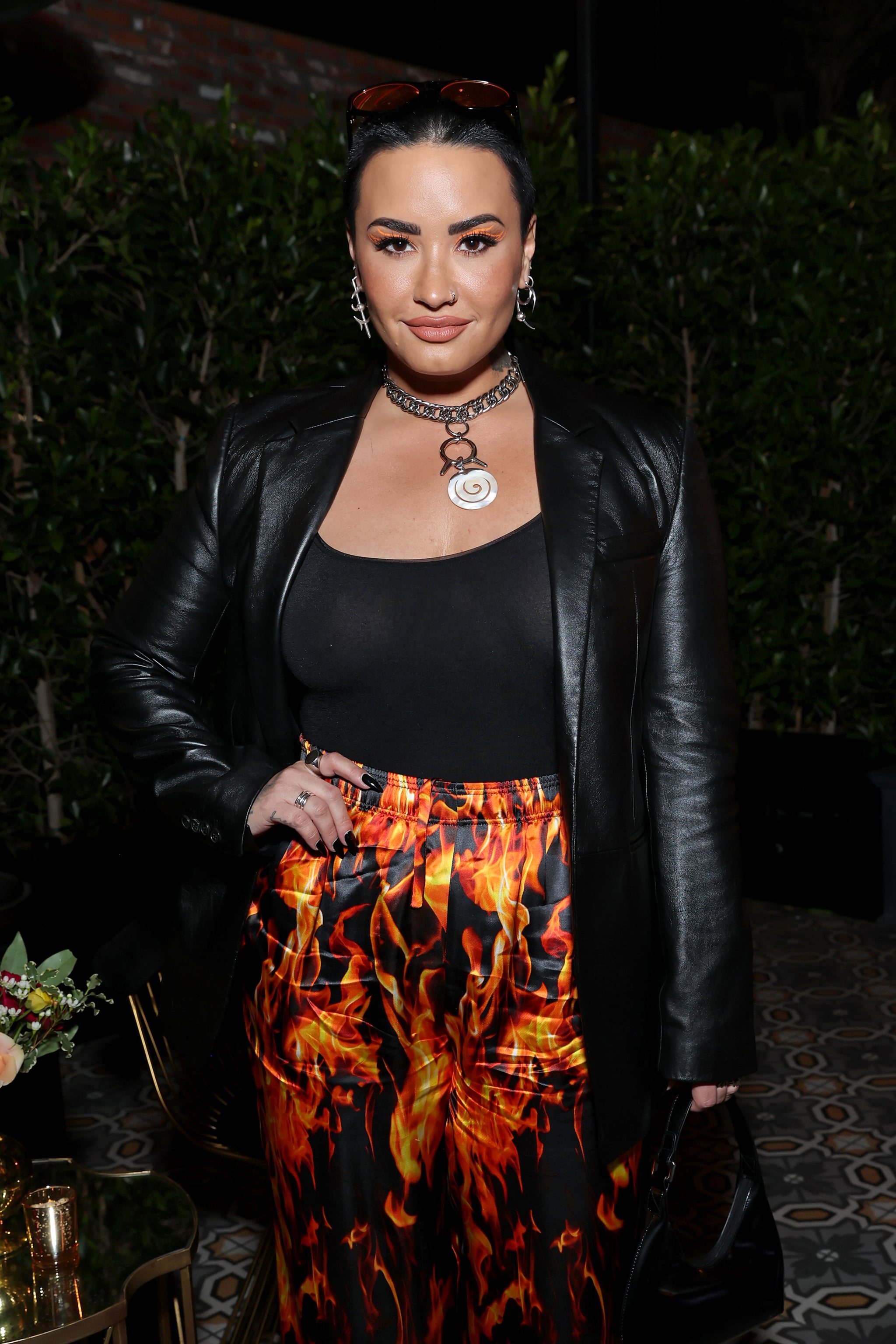 Demi Lovato's newly released single "29" has exploded across social media — but for reasons beyond it being a solid add for your Spotify playlist. The pointed lyrics seemingly dissect the much-discussed 12-year age gap between Lovato and her ex-boyfriend Wilmer Valderrama, who were in an on-again-off-again relationship from 2010 to 2016.

When the relationship began in 2010, Lovato was 17 and Valderrama was 29. Though Lovato hasn't directly stated that "29" is about Valderrama, they asserted in a recent interview with Apple Music that "the song says it all." (Valderrama has not publicly addressed the lyrics.)

In the main chorus, the singer says, "Finally 29, funny, just like you were at the time. Thought it was a teenage dream, just a fantasy, but was it yours or was it mine? Seventeen, 29."

In a TikTok video posted by Lovato, she thanked everyone for listening to "29" — which is her current age. Fans didn't hold back from sharing their personal experiences with age-gap romances in the comments. "I was 15 and he was 29, thanks for sharing the lyrics," one TikTok user wrote. "I didn't realize how much I needed this song in my life. I was 14, he was 21," another wrote.

Clearly, the song's message has resonated with many — myself included. And though I still, personally, find myself mostly unable to express my feelings about my relationship with someone who was nearly 10 years older than me when I was just 20, these song lyrics have put words to my experience.

The song has also drawn attention to what consent looks like in a pairing where there is a significant age gap. Lovato sings, "Petal on the vine, too young to drink wine. Just five years a bleeder, student, and a teacher. Far from innocent, what the f*ck's consent? Numbers told you not to, but that didn't stop you." As Lovato references, the line can sometimes be blurred when it comes to what is consensual — not just from a legal point of view, but from a moral one, too. Because for many in these relationships, being in a different financial or emotional state than their partner could be at play. This can lead to an unhealthy power dynamic, forms of coercion, and potentially even abuse.

Of course, not all age gaps are inherently bad — and not all age gaps are created equal. It's the elements informing the age gap that can be problematic, which, frankly, tend to have a lot to do with the ages of the people in the relationship. While there are exceptions to every rule, a 17-year-old dating someone who is 29 likely falls under different circumstances than a 35-year-old dating someone who is 46, when considering financial, emotional, and mental factors.

I, personally, also question why a 29-year-old, for example, would see value in a relationship with someone who is so much younger. Lovato alludes to this in "29" when she says that now she's reached that age, being with a teenager wouldn't even cross her mind. In my specific experience, I can now see that my partner likely sought out a relationship with someone much younger because he wanted power and control. Unfortunately, as a 20-year-old, I mistook this control and manipulation for love.

"These song lyrics have put words to my experience."

This, of course, isn't exclusively an older man and younger woman problem. Large-age-gap partnerships aren't specific to one gender or one sexuality, and there are many cases where there may be an older woman pursuing a younger partner — as has been the case with Hollywood romances other than Lovato's.

But no matter the gender, large age gaps can sometimes lead to a coupling filled with coercion and abuse, and in some cases one or even both partners (the older one included) may not realize they've fallen into this dynamic. That said, relationships between people with a large age difference can be filled with love and happiness. That's what's hard to grapple with when it comes to dissecting these age gaps — it's unique to each pairing, and people outside the relationship may not have a full picture of what's going on.

In the final chorus of the song, the lyrics transition to Lovato confidently affirming something wasn't right with her past pairing: "Finally 29. Seventeen would never cross my mind. Thought it was a teenage dream, a fantasy, but it was yours, it wasn't mine. Seventeen, 29."

I, too, had this "aha" moment years later when I realized my relationship was more than just toxic: it was emotionally abusive and ultimately turned me into someone I didn't recognize. But Lovato's and my experience is not universal. While we do not represent what will happen in every similar partnership, we do account for at least some of the experiences that people have so willingly opened up about after "29"'s release.

As Lovato wrapped up their TikTok video thanking their fans for the support, she wrote, "If you can relate, please know you are loved and not alone."

If you or someone you know may be in an emotionally abusive relationship, seeking services from a licensed mental health therapist can help. You can learn more about how to find a therapist for your specific needs here.

Related:
Demi Lovato on How Mac Miller's Death Affected Her: "I Had a Lot of Survivor's Guilt"
Demi LovatoRelationshipsPersonal EssayMusic News

Relationships
Is "White Lotus"’s Albie a Nice Guy, or Is He a White Knight Gone Wrong?
by Melanie Whyte 1 day ago

Family Life
Why Are More Couples Choosing the DINK Lifestyle?
by Devan McGuinness 3 days ago