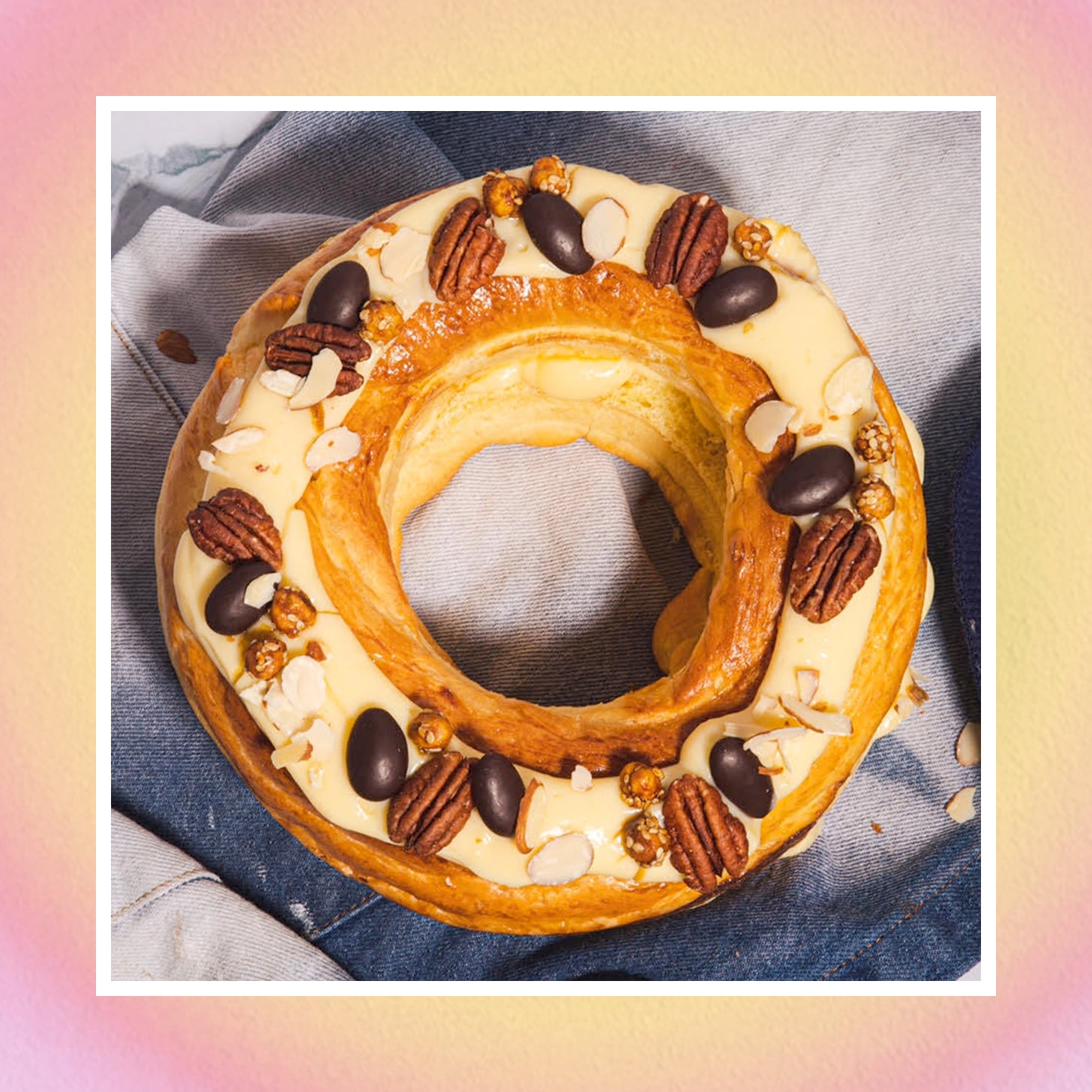 Whether or not you're religious, if you grew up in a Latinx household, Easter was most likely a big deal — especially when it came to food. For those not familiar with the season's celebrations beyond painting eggs and bunnies, Semana Santa (Holy Week) is the week that leads up to Pascua (Easter), and it's the time when Christians celebrate the death and resurrection of Jesus Christ.

Similar to Christmas, during Easter you'll find different traditions and dishes enjoyed from every Latin American country. From habichuelas con dulce in the Dominican Republic, to capirotada in Mexico, and majarete in Venezuela, there seems to be one Easter dessert for every country or region, and Argentinians love Rosca de Pascua (Easter Ring Bread). Very similar in shape and ingredients to the Rosca de Reyes bread that many Spaniards and Latinxs have on Jan. 6 to celebrate Día de Los Reyes (Three Kings Day), this one has its own meaning and history.

What Is Rosca de Pascua (Easter Ring Bread) Made Of?

The main ingredients in Rosca de Pascua are milk, eggs, and flour, but as most traditional desserts and dishes go, every Abuela and chef has their own trick to make it unique. For Julieta Caruso, chef at iconic Buenos Aires restaurant Casa Cavia, the best kind of Rosca de Pascua is the one filled or topped with custard cream. But you can also fill it with fruits. Some even fill it with Nutella or choose not to fill it at all. Instead, they decorate it with candied fruits and sugar on top.

Argentinian chef Agustin Romero, who is based in Colombia, loves topping it with candied oranges and filling it with a special cream made with almonds. "I make it with brioche bread made with butter, flour, sugar, eggs, and milk," he tells POPSUGAR.

Another pro tip is to cover the Rosca with a coat of beaten eggs once it's leavened and before adding the custard cream and putting it in the oven. "This way the cream stays put and doesn't spill on the edges," recommends baker Flavia Koussi from De Vainilla Y Limon. 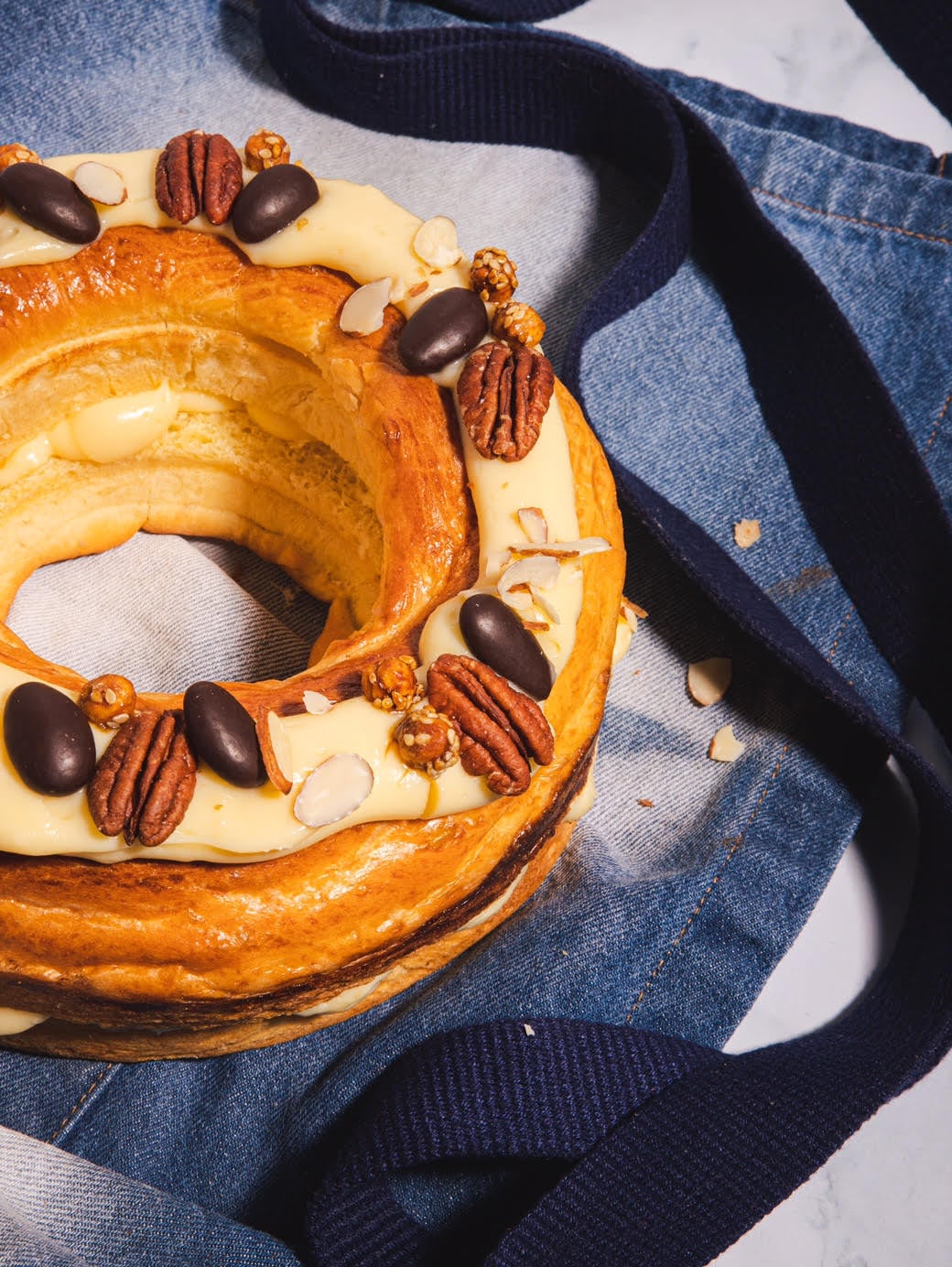 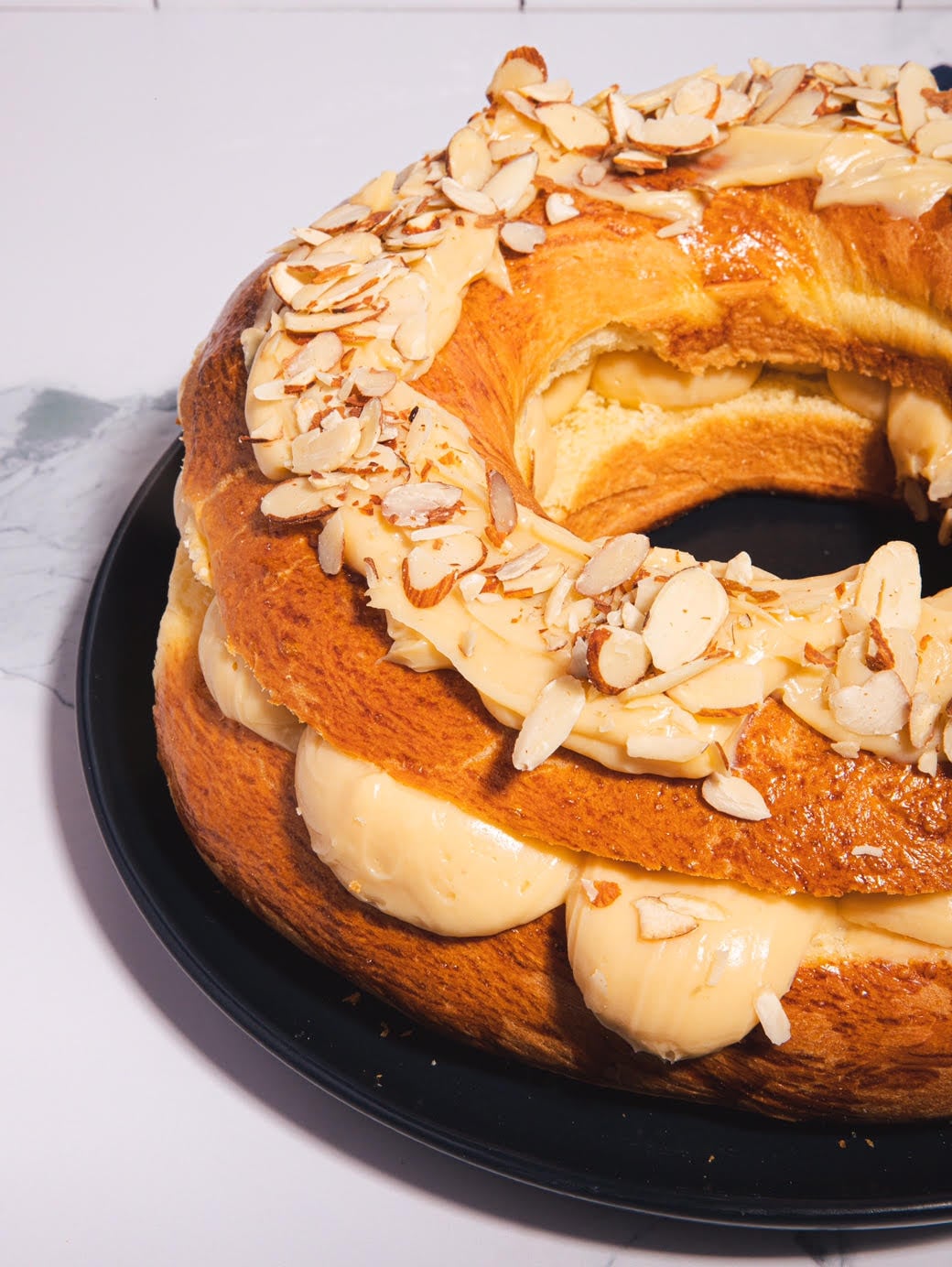 What Is the Significance of Rosca de Pascua (Easter Ring Bread)?

There's a lot of religious symbolism associated with this dessert. According to the Argentinian news outlet TN, its origins come from Italy around the year 476 when a Barbarian king named Odoacro invaded the city of Pavia. As history goes, a local baker made a dessert with the shape of a dove — the symbol of peace — and gave it to the king as a present for Pascua. The king was so moved by the gesture that he decided to liberate the people in town. It is also said that the round shape mirrors Christ's crown and is a symbol of rebirth and eternity.

Another popular belief is that Easter Bread has its origins in Bologna, Italy, and was born as an initiative from Bolognian bakers to complement the traditional Easter eggs. You can find different versions and interpretations of this bread all over Europe and Latin America, too.

These days, it's a perfect excuse to get together with family and for chef Caruso, Rosca de Pascua means one thing: Abuelos. "In my family, we'd only have it when my grandparents were visiting," she remembers. "For Argentinians and for me, this dessert means being with family and sharing time and sweet delicacies with them," says chef Romero

Identity
2022 Has Been a Dangerous Year For the LGBTQ+ Community. Here's How We Can All Help.
by Nayanika Guha 4 days ago