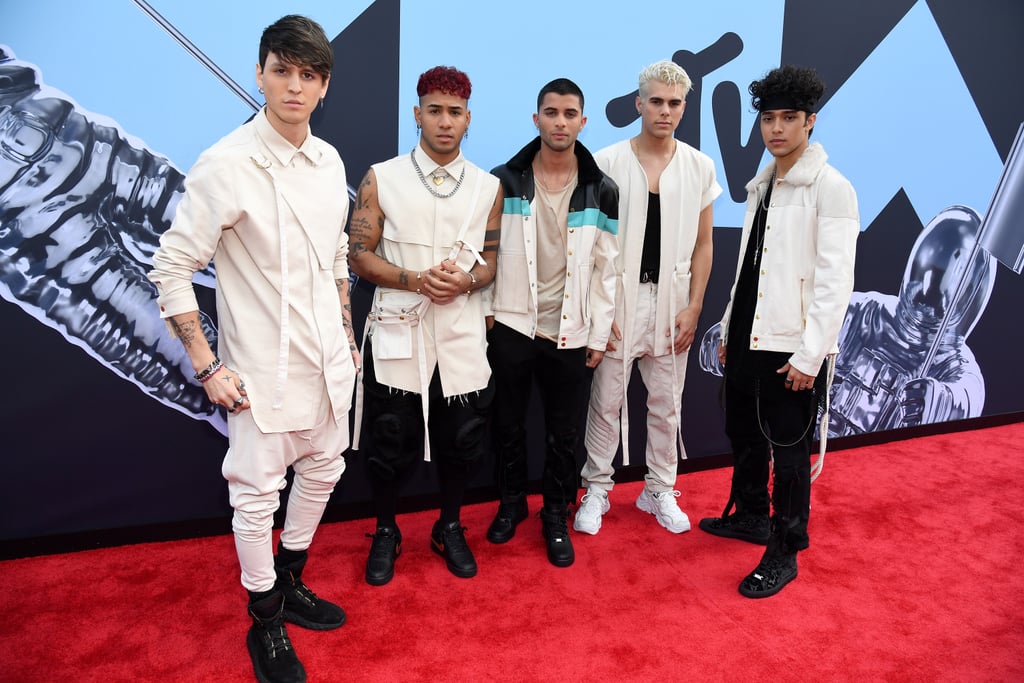 The party won't start until the Latinx get there — and that's exactly what happened tonight at the MTV VMAs, broadcast from the Prudential Center in Newark, NJ, for the first time in its history. This year, we saw a surge in Latinx nominations with Camila Cabello, Cardi B, and J Balvin grabbing four nominations each and Rosalía following up with three.

CNCO, Anuel AA, Karol G, Ozuna, Bad Bunny, Selena Gomez, Daddy Yankee, Maluma, and El Guincho were also nominated, so it was no surprise when the "Latino gang" showed up representing and proving once again why we're always a treat to the eye.

Sophia Bush
Sophia Bush, Hilarie Burton, and Bethany Joy Lenz Have a "One Tree Hill" Reunion on the Red Carpet
by Yerin Kim 3 days ago