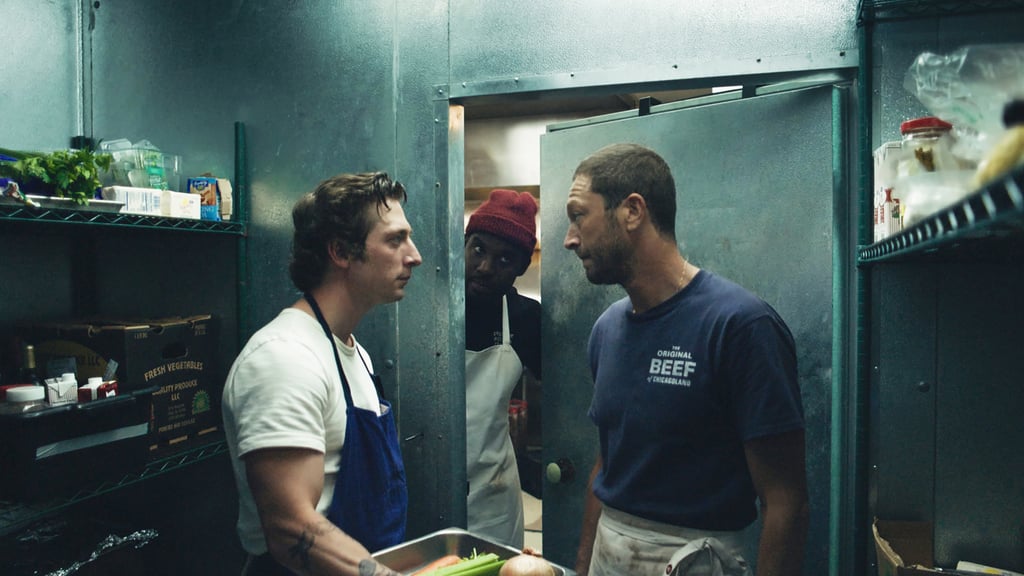 How to Re-Create Dishes From "The Bear," Including That Spaghetti Pomodoro

Still drooling over all the delectable food on FX's "The Bear"? Same here — and now we know exactly how to re-create the dishes at home, without the unrelenting chaos of The Original Beef of Chicagoland kitchen. Matty Matheson, a real-life chef and the actor who portrays repairman Neil Fak, and culinary producer Courtney Storer have teamed up to share recipes from season one of "The Bear." So far, their joint YouTube series — aptly titled "Welcome to the Beef" — has taught fans how to cook the spaghetti pomodoro, chicken piccata, Chicago-style hot dogs, and Italian beef sandwiches featured on the drama series. We're personally hoping their next video revolves around Marcus's chocolate ganache cake.

In one of their videos, Matheson and Storer explained how they prepared the show's cast members — including Jeremy Allen White (Carmen "Carmy" Berzatto), Ayo Edebiri (Sydney Adamu), and Liza Colón-Zayas (Tina) — to portray chefs in an accurate and believable way. "Courtney and myself had to work really in depth with all these amazing actors to get them up to speed, and we had to get everyone on the same level," Matheson said. 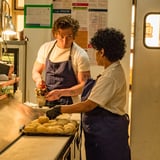 Storer added, "When we were on set, we weren't playing around, and we wanted it to be authentic. They had to move and know how to cut things. We were like, 'Hey, if you're going to be doing this . . . you've gotta use the knife, and you've gotta hold the pots the right way.' We had to teach them the ropes." Their lessons certainly paid off, as the cast perfectly encapsulates the mayhem of operating in a cramped restaurant kitchen — they skillfully chop onions, weave around their colleagues, plate culinary creations, and yell "corner" just like the pros.

In season one of "The Bear," White's Carmy moves back home to Chicago to take over his late brother's sandwich shop. Though it's a huge change from the fine-dining establishments he's accustomed to cheffing at, Carmy learns to love his headstrong kitchen crew as they work together to whip the restaurant into shape. The series boasts a 100 percent rating on Rotten Tomatoes and was recently renewed for a second season, so there are more mouthwatering recipes to come. While we wait to see what Carmy and his crew get up to next, check out some of the recipes for recreating the onscreen dishes in season one.