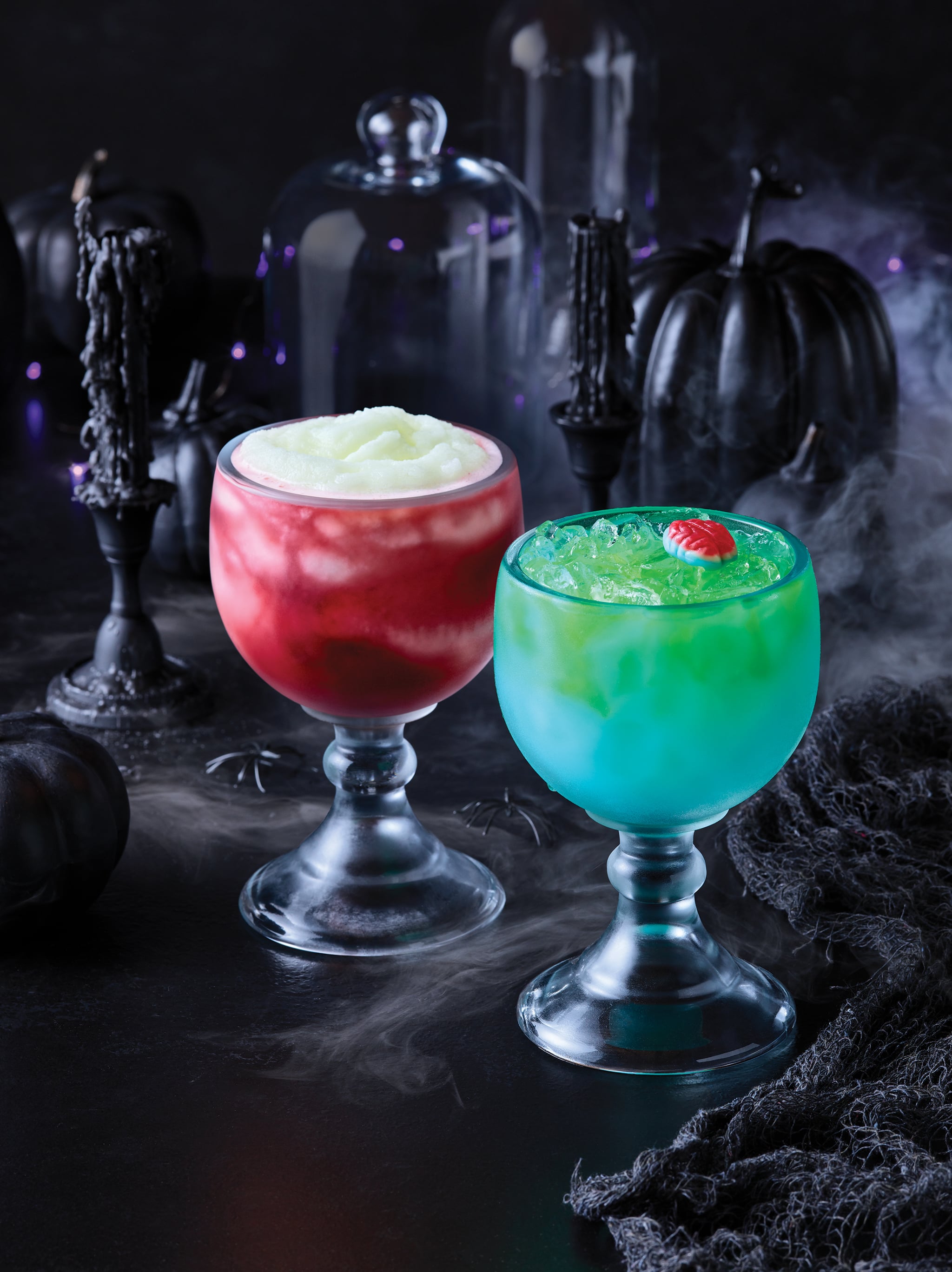 Catch us haunting Applebee's now through Oct. 31, because the chain restaurant is offering not one but two spooky sip cocktails for Halloween! The cocktails hitting the menu are called Dracula's Juice and Tipsy Zombie, and both sound like the perfect mix of spooky and sweet. The Dracula's Juice is described as a "wildberry creation of a Patron Tequila margarita and Bacardi Superior daiquiri" and the Tipsy Zombie is made with Bacardi Superior, passion fruit, pineapple, cherry, lime, and melon liqueur, and is topped with a gummy brain on its surface. Served in "mucho" glasses, we'll definitely be trying both (and then some). Released just a week shy of October, we're considering these drinks to be an early Halloween treat! Get in the spooky spirit, and head on down to your local Applebee's ASAP — you can even take it to-go at select stores!

Food News
Rumor Has It Starbucks Christmas Cups Are Coming in a Few Weeks!
by Lauren Harano 1 day ago

Halloween
This Starbucks Pumpkin King Drink Is Way Better Than Anything Dr. Finkelstein Could Create
by Lauren Harano 1 day ago