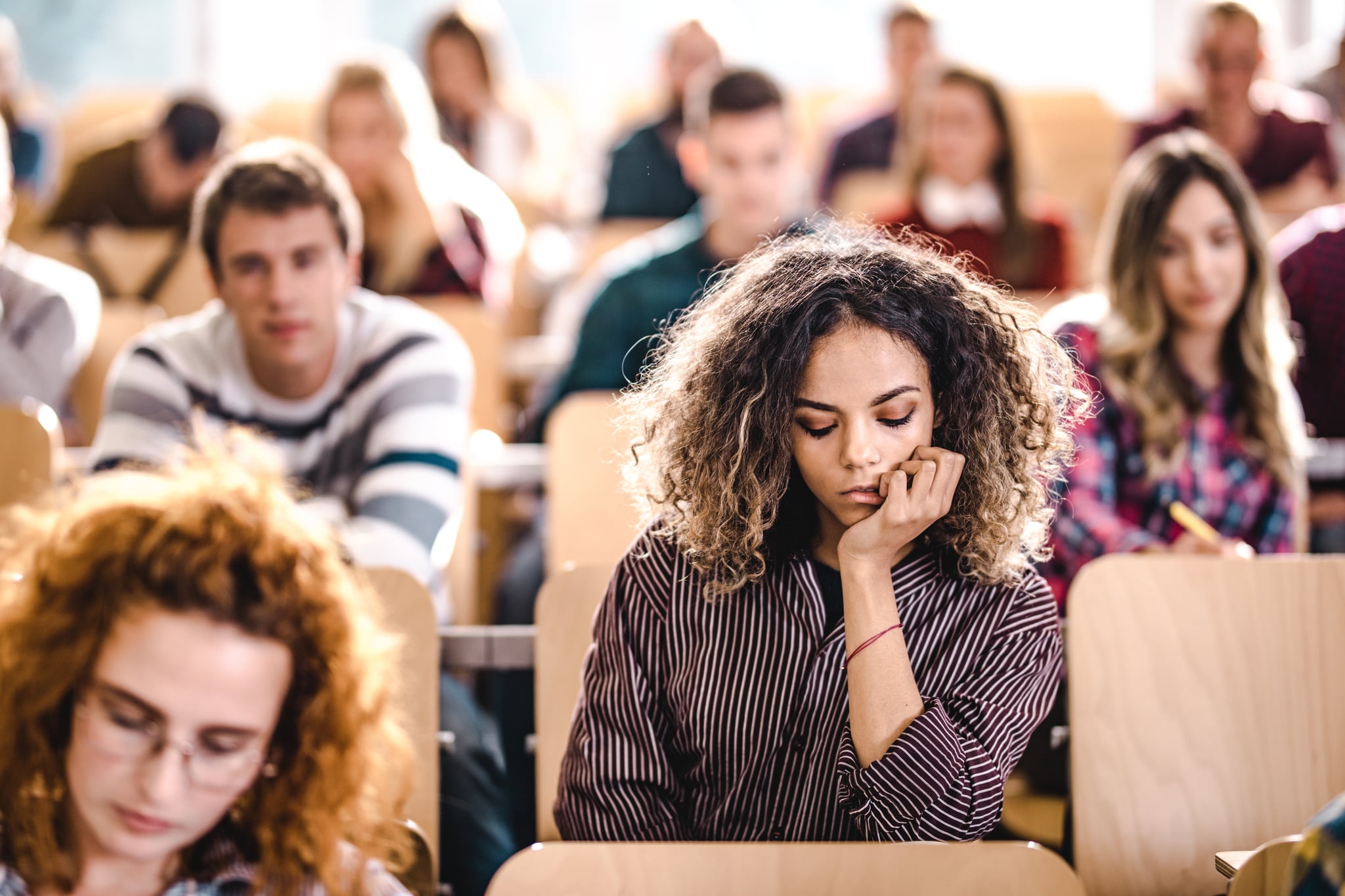 I was a sophomore in college when my gynecologist called to tell me my Pap smear came back abnormal. I had "moderate to severe dysplasia," she said, the medical term for abnormal cells on the surface of the cervix. When I asked why, she said it was most likely caused by human papillomavirus, more commonly known as HPV.

According to the Centers For Disease Control and Prevention, HPV is the most common sexually transmitted infection in the United States, affecting 79 million Americans. The majority of those infected are in their late teens and early 20s. But as common as HPV was (and is), I was devastated. I was the first of my group of friends or anyone I knew to be diagnosed with the virus. I was 20 and newly sexually active, and I couldn't shake the stigma of having sexually transmitted anything. I cried for days after I found out, and I was terrified to break the news to my then boyfriend.

Then I went down the rabbit hole that is the World Wide Web, which didn't do my nerves any favors. There I learned that moderate to severe dysplasia can develop into cervical cancer if left untreated. The more I read, the more I became fixated on the word "precancerous." I could feel my dreams of moving to New York City and working for a major PR firm beginning to deteriorate. I was probably overreacting, but at the time, I was sincerely afraid I would develop life-threatening cancer.

A decade later, I look back at this terrified version of myself, and I so desperately want to console her. I want to tell her there is no reason to feel ashamed, and that she is not alone. While I would never wish harm on my dear friends, I know now that many of them would one day receive the same phone call from their doctor that I did on that Summer day.

Related:
The STIs That Condoms Can't Completely Protect You From, According to an Ob-Gyn

The CDC notes that nearly every person who is sexually active will get HPV at some point in their lifetime (though there's now a vaccine that may help prevent that), so if you find yourself in my shoes, let me give you the facts. There are more than 40 strains of HPV that can infect the genitals. They're broken into two categories — high-risk and low-risk — based on whether or not they put a person at risk of cancer. It's estimated that 13 of these strains can cause cervical cancer, but it often takes years or even decades for that to happen, if it ever does. In fact, it's more common for the body's immune system to naturally heal the infection within two years of contracting it.

In the meantime, the single most important step you can take is to get a routine Pap smear. If the infection doesn't resolve, your doctor can advise you on what to do next. I was monitored closely for about three years before my gynecologist decided to proceed with a loop electrosurgical excision procedure (or LEEP) to remove the abnormal cells from my cervix. It was relatively painless, apart from needing to refrain from activities like sex and heavy lifting for a few weeks, and I'm happy to report that my Pap tests have been normal ever since.

So, as someone who lived this reality way before anyone else she knew did, my advice to you is three-fold. First, know the facts — HPV is common in young women and very treatable. Secondly, take precautions. There is no approved HPV test for men, so STI testing can only go so far; use condoms, and get the HPV vaccine if you can. Finally, and this may be the most important, don't feel ashamed. You're not alone, and remembering that and owning it is the only way to end the stigma.