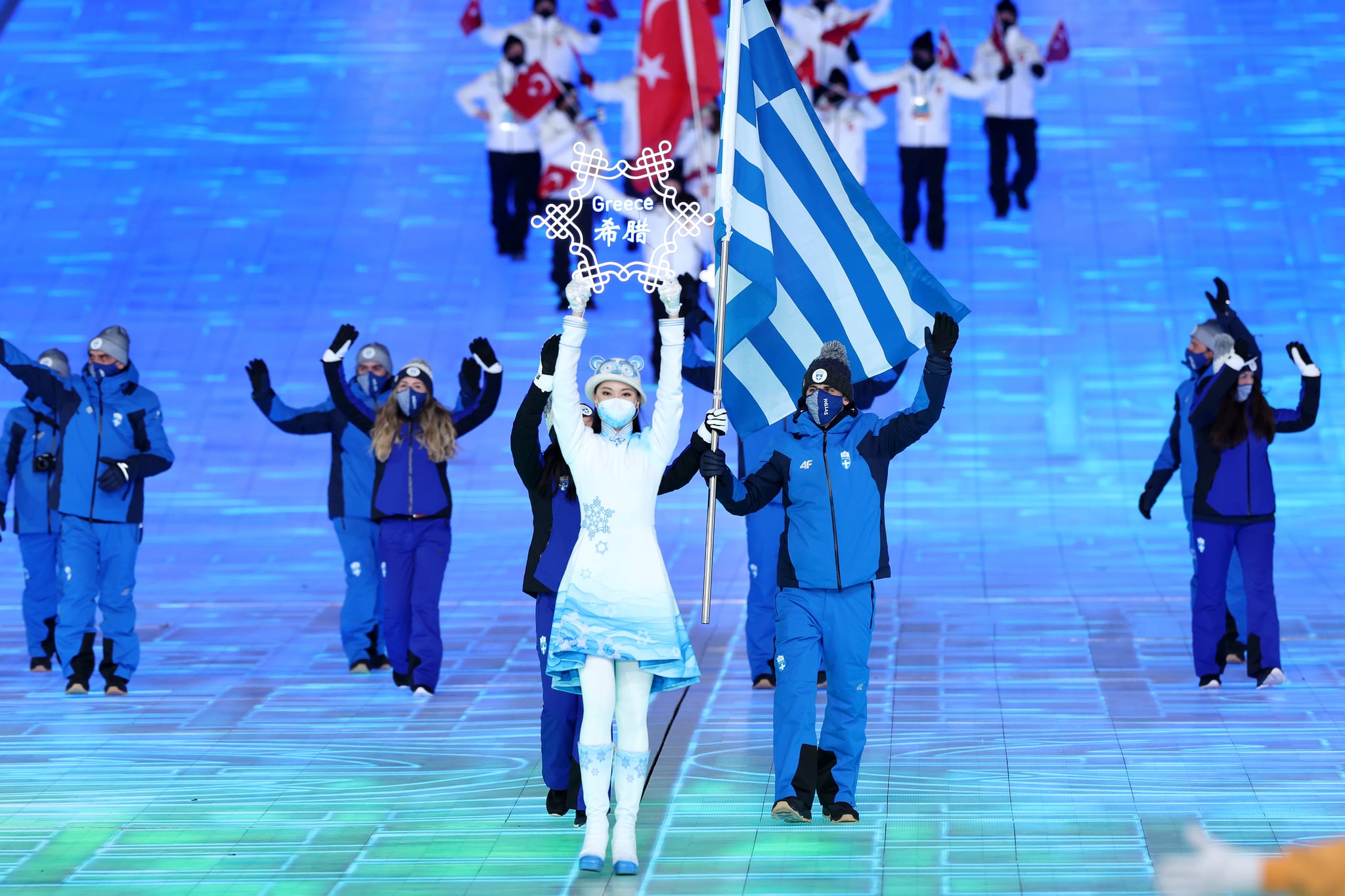 If you've ever watched even one Olympics opening ceremony, you've probably noticed something particular about the Parade of Nations: Greece always walks in first. No matter where the Olympics are held, the Greek delegation traditionally enters first, and there's a very simple explanation for this.

As NBC Sports has reported, Greece's position of honor in the Parade of Nations is a tribute to its history as the birthplace of the ancient Olympics, as well as the host of the first modern Olympics in 1896. At every Olympics, the Greek delegation leads the way, followed then by all the other teams in order according to the host nation's language, with the host nation entering last. A tradition has also developed of honoring upcoming Olympic host nations by having them move to the end of the order, just in front of the host nation. For instance, this year in Beijing, the Italian delegation entered second-to-last, as hosts of the 2026 Winter Olympics in Milan, followed by the Chinese delegation.

Since the modern Olympics first began over a century ago, Greece has only moved out of their first position once. In 2004, the Summer Olympics returned to the birthplace of the Olympics in Athens, making Greece the host country. In that case, where they had the traditional "right" to enter both first and last, they did something a little different. The Greek flag-bearer entered first, honoring the traditional role of Greece in opening the Parade of Nations, and the whole Greek delegation entered at the end, the traditional place for the host nation. The prominence of Greece in every Olympic opening ceremony is a simple but significant tradition that highlights the history of the Olympics, even as the Games expand and change over the centuries.

Olympics
Is It Just Us, or Does the Paris 2024 Olympic Mascot Look . . . Familiar?
by Sara Youngblood Gregory 2 weeks ago