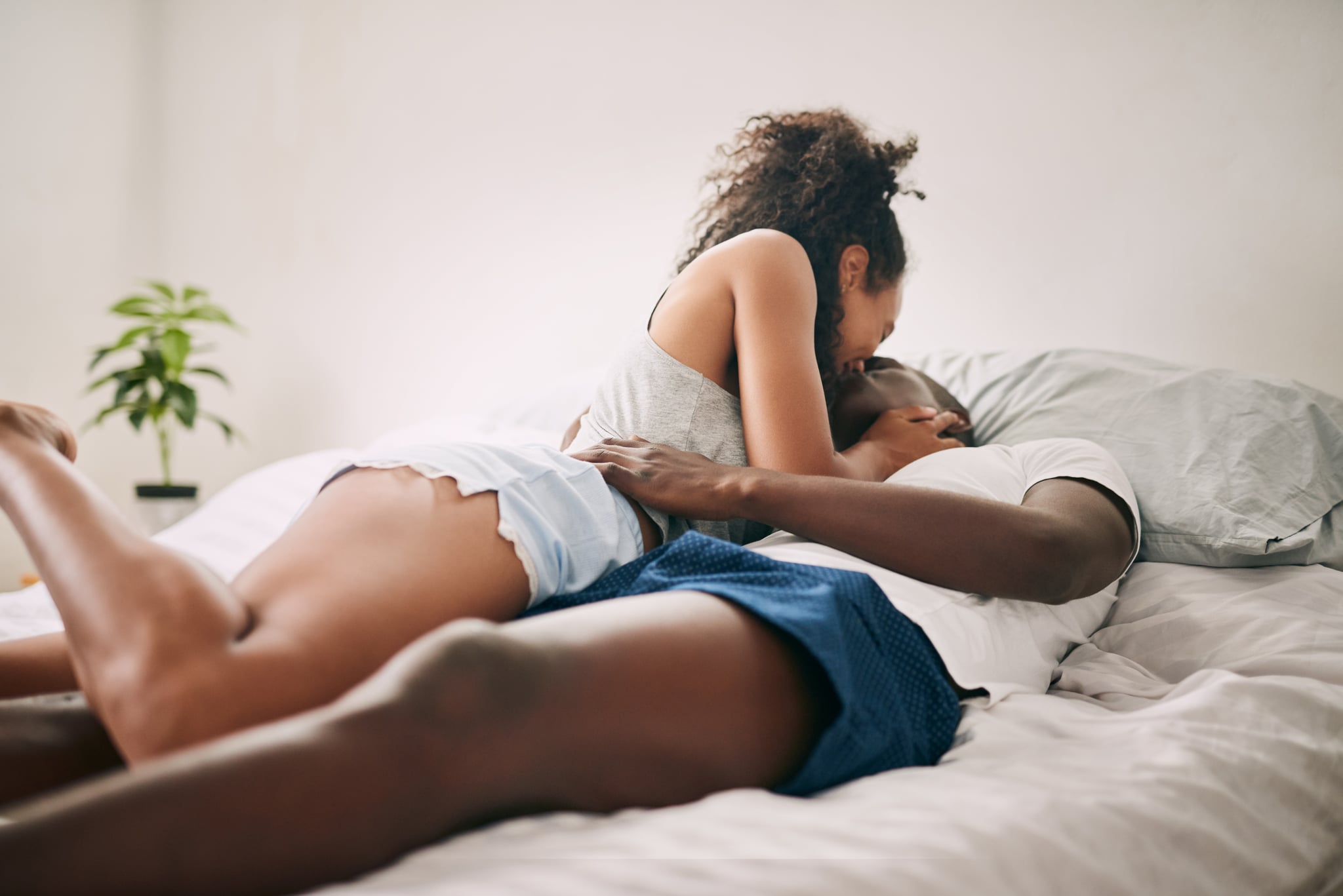 Editor's Note: We at POPSUGAR recognize that people of many genders and identities have vaginas and uteruses, not just those who are women. For this particular story, we interviewed experts who generally referred to people with vaginas and uteruses as women.

Finding the right birth control that fits your body and lifestyle can require some serious trial and error. For example, the daily pill leaves room for forgetfulness, IUD insertion can be painful for some, and the shot requires an appointment for injection every three months. If you want something that requires low maintenance and an even lower pain tolerance, you might consider Phexxi.

Phexxi is an FDA-approved, nonhormonal birth-control gel — yes, gel — that can be used on demand to help prevent pregnancy. This prescription vaginal gel is unlike any other contraceptive on the market. It isn't taken daily, like the pill. It doesn't use synthetic hormones, like the Depo shot, ring, pill, or certain IUDs. And it doesn't require anything to be implanted into your body. So, is it too good to be true? POPSUGAR asked experts about the pros and cons of Phexxi so you can make a more informed decision on whether it's the right option for you.


How Does Phexxi Work?

Phexxi is a pH modulator and works by lowering the pH in your vagina when sperm is present. The natural vaginal pH of people of reproductive age is low (around 3.5 to 4.5) creating an acidic environment where sperm cannot thrive, says Aparna Sridhar, MD, a board-certified ob-gyn and associate clinical professor in obstetrics and gynecology at the David Geffen School of Medicine at UCLA. "When semen enters the vagina, the pH in the vagina increases, which allows sperm to remain mobile and make their way up the reproductive tract and fertilize the egg," Charis Chambers, MD, a board-certified ob-gyn, told POPSUGAR. "Phexxi works by maintaining the natural acidic state in a woman's vagina that reduces sperm mobility and decreases the chance it will get to an egg to fertilize it."

Phexxi is available by prescription only and comes in individually wrapped, single-dose, prefilled applicators that are inserted into the vagina like a tampon. It can be used immediately before intercourse or up to an hour ahead, and it lasts up to one hour after application. Phexxi must be reapplied every time you have sex, and it isn't effective if used after the fact. Phexxi is a viscous, bioadhesive gel designed to adhere to the walls of the vagina — meaning, you don't have to worry about leakage — and it can also be used with other forms of birth control, with the exception of the vaginal ring.

Related:
Getting an IUD Helped Ease My Painful Periods, and I'm Never Going Back

How Effective Is Phexxi at Preventing Pregnancy?

Susan Mitchell, MD, a board-certified ob-gyn at Northwestern Medicine Delnor Hospital, explained that the rate of effectiveness is a direct result of the way Phexxi works. "It doesn't necessarily kill the sperm," Dr. Mitchell told POPSUGAR. "It just decreases their motility, so it's harder for them to reach and fertilize an egg."

Are There Other Advantages of Using Phexxi?

Phexxi has several advantages over other forms of contraceptives. "Phexxi is on demand, fast acting, and works immediately, whereas hormonal birth control must be used consistently in order for it to be effective," Dr. Chambers said. She explained that you also don't have to deal with the side effects that often accompany hormonal birth-control options, like weight gain, acne, mood swings, or more severe events like blood clots and depression.

Phexxi also gives you more control than other contraceptives. Like other nonhormonal methods, Phexxi is immediately reversible, Dr. Sridhar explained — when you want to conceive, simply stop using it, and it will no longer prevent you from becoming pregnant. Dr. Mitchell added that it also allows you to take the lead: "Some women have a hard time using condoms for contraception because they have to rely on a partner to use the condom correctly."

Does Phexxi Have Any Side Effects?

Phexxi reports that the most common side effects are vaginal burning, itching, yeast infection, urinary tract infection, vaginal area discomfort, bacterial vaginosis, and vaginal discharge. Some users have also reported genital discomfort, pain while urinating, and vaginal pain. "The vaginal biome is a delicate balance of just the right kinds of bacteria regulating their own environment," Dr. Mitchell told POPSUGAR. "Using a gel that could be toxic to healthy bacteria and irritating to the sensitive vulvar and vaginal tissue in exchange for not-super-reliable contraception might not be an acceptable trade-off for many women."

In rare cases of using Phexxi (0.36 percent) bladder and kidney infections have been reported.
Additionally, while some people may be drawn to the lack of hormones, others may consider it a negative. Dr. Chambers pointed out that many people choose hormonal birth-control methods because of the benefits beyond preventing pregnancy. The hormones in birth control can help regulate your cycle, clear up acne, and ease menstrual cramps, among other things.

How to Decide If Phexxi Is Right For You

There's a lot to consider when weighing the pros and cons. First, be sure to consider all the side effects. There were a few cases of urinary bladder infection and kidney infection reported in clinical studies. Because of this, Phexxi is not recommended for people who have had recurrent urinary tract infections or other urinary tract problems.

Beyond that, the decision may come down to how often you're having sex and the stage of life you're in. "For women who may not be having sex every day, it might not make sense to take a hormonal pill every day or have an IUD," Dr. Chambers said. However, it's important to remember that, unlike condoms, Phexxi will not help to protect against sexually transmitted infections.

You also have to consider Phexxi's efficacy percentage. How comfortable you are with the possibility of getting pregnant will vary depending on your life circumstance, Dr. Sridhar explained. Dr. Mitchell noted that Phexxi could be helpful for people who are coming off hormonal birth control and have plans to try to conceive soon but not quite yet. "Phexxi could help you try to time a pregnancy, as long as you would not be too disappointed if you conceived a cycle or two earlier than you intended," Dr. Mitchell explained.

Ultimately, it's a big decision and an individual one. "There is no one-size-fits-all birth-control option, so it's important that you educate yourself about the various options available to you and speak with your doctor," Dr. Chambers said.