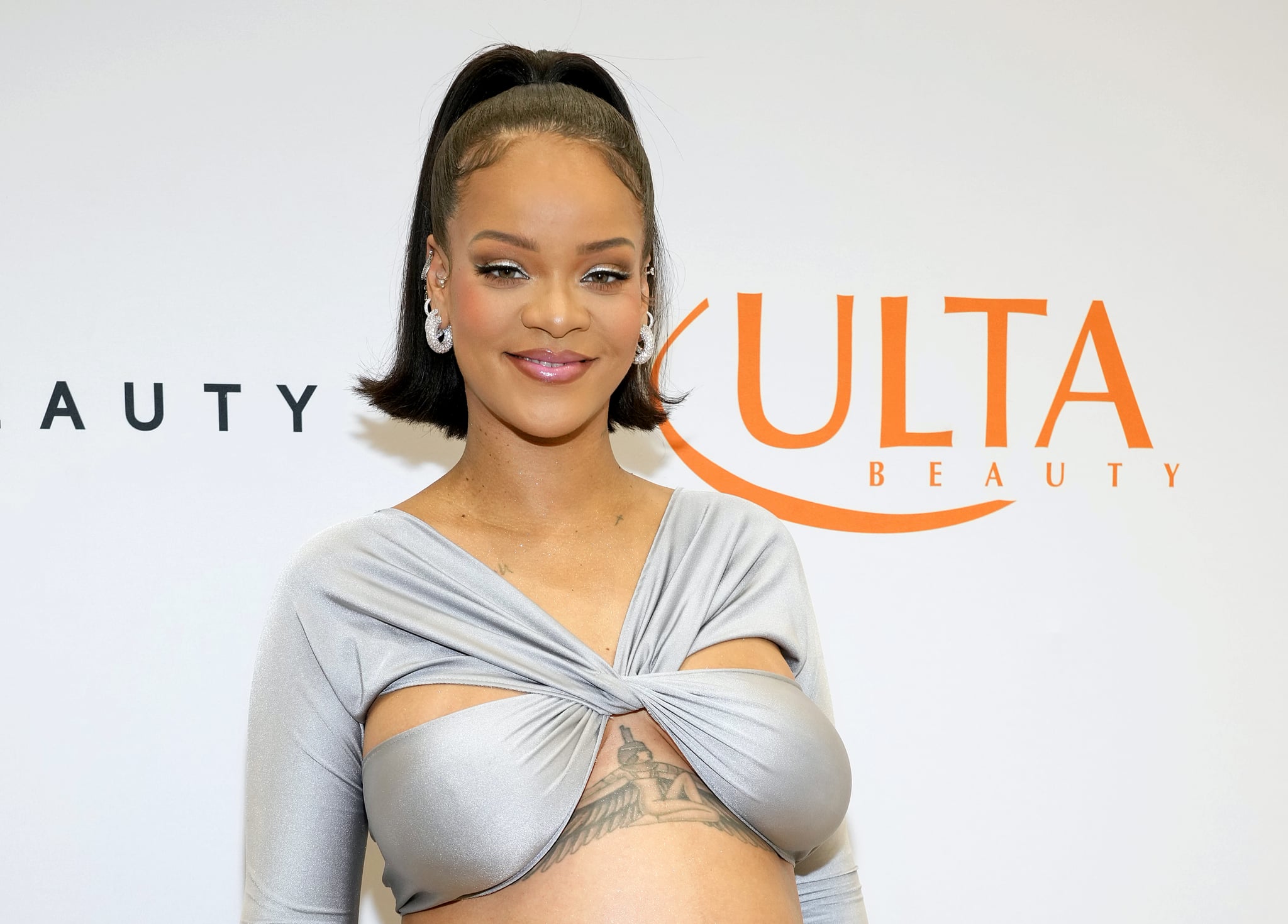 Here we are again. Another story about a woman celebrity whose body has changed and people have "thoughts" about it. Rihanna gave birth three months ago to a healthy baby boy and has returned to the spotlight recently — not because she's dropped her long-awaited album (I wish!), but because she's daring to walk outside in her "boundary-pushing" outfits with a postpartum body.

Glamour UK recently called attention to society's fixation on Rihanna's weight, citing examples of headlines like "Rihanna flaunts her post-pregnancy weight" and "embracing her thickness." US Weekly also quoted a source who said, "Rihanna's not in a rush to lose the baby weight. She's really embraced her body and doesn't feel pressure to lose it quickly."

This attempt at circumventing "snapback culture" bypasses the root of the problem: why does the way our bodies look impact our value at all? In our culture, we either celebrate women who look like they've never had a baby (after they've had a baby), or we celebrate their "bravery" for embracing their body. But the fixation on body image still remains, just "under the well-masked guise of body positivity," as Glamour UK writes.

Rihanna embodies the effortlessly cool-girl aesthetic through her iconic fits, but what lies under her clothes is nobody's businesses. In an effort to stop this cycle of scrutiny — not just of Rihanna, but anybody — POPSUGAR spoke with postpartum body-image specialists about snapback culture, why body positivity just isn't cutting it, and how we can challenge the harmful narrative around weight gain and weight loss during pregnancy and motherhood.

What Is Snapback Culture? Or "Bouncing Back"?

"Wow, you bounced back so fast after giving birth!" might sound like a compliment, but it can actually contribute to toxic beauty standards. Snapback culture celebrates a person whose body quickly returns, or snaps back, to what it looked like before giving birth — and it's extremely harmful and prevalent. "It sends the twisted message that getting back 'in shape' after birth should be a new mom's number one priority," says Chelsea M. Kronengold, body-image and eating-disorders specialist. The truth is, the focus should be on more significant markers of health like physical healing, mental health, and adjusting to new parenthood. Snapback culture "can also perpetuate dangerous eating and exercise behaviors, sometimes contributing to developing (or relapsing) an eating disorder," Kronengold adds.

Plus, poor dieting can lead to nutrient deficiencies and impact your overall well-being. "Dieting is not something you should do while your body requires nutrients to heal," says Rachel MacPherson, postpartum coach and certified nutritionist. "Everyone's body and health are different and healing takes place in different forms over various lengths of time — some people have a caesarian birth or complications that prevent them from being active."

Pregnancy and giving birth are body-changing life events, both physically and mentally, and they are experienced differently by everyone. "The problem with bouncing back is that you can't really go back to life as normal," Angel Coleman, CLC, CD, LCCE, postpartum doula and perinatal educator tells POPSUGAR. "Your body changes in ways that don't have a reverse button on it, and your life has added a new human being that you have to learn and care for. Mothers are expected to do everything they can to go back the way things were, and it's just not possible."

Can Body Positivity Be Harmful?

Originally, the term "body positivity" was coined as part of the fat-acceptance movement of the 1960s that centered marginalized bodies (e.g., fat, Black, queer, and disabled), says Kronengold. When it started becoming mainstream in the early 2010s, it pushed out the people it was created by and for, and now it centers appearance in its message.

"Being positive and loving your body is a huge ask for a lot of people, especially those who feel their body doesn't belong to them such as pregnant or postpartum individuals whose bodies have changed substantially," says MacPherson. "The pressure that comes with it can cause stress, anxiety, and feelings of failure."

Enter the body-neutrality movement, which basically ignores any expectation that our bodies need to be "beautiful" because that's not their purpose. Our bodies can provide for us in so many ways, say MacPherson, like keeping up with your kids, carrying life when you are pregnant, breastfeeding, enjoying sex and intimacy, and so on. "Remember that your amazing body took over nine months to change and grow your baby," says Emilie Joy Rowell, doula and birth coach. "People are often surprised by how pregnant they still look after birth. It's not healthy or even possible to change your body quickly."

How Can We Stop Perpetuating Snapback Culture?

Ultimately, our bodies change and fluctuate throughout our lives, and as a culture, "We need to remember that our weight and appearance are entirely irrelevant to one's self-worth," Kronengold says. "In the context of pregnancy and motherhood, the health and happiness of the baby and new mom are far more important than the mother's weight or appearance."

Something everyone can do to stop body shaming in whatever form is to shut down any narrative regarding other people's bodies after birth or otherwise. "It is never OK to comment on someone's body, whether they're pregnant, postpartum, or otherwise," Kronengold says. "While Rihanna and other celebrities are accustomed to being in the limelight, this does not give the public permission to judge their post-pregnancy weight or praise Rihanna for 'bravely' embracing her body simply because she's publicly living her life."

We don't know what someone is going through — especially during a transformative time of life, like motherhood — and it's nobody's business to make assumptions or comments about anyone, including celebrities, based on their body weight, shape, or appearance. 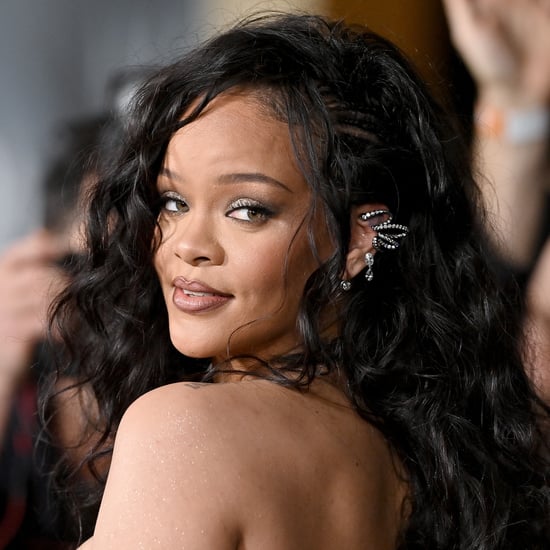 Rihanna
Rihanna Says Her "Favorite Part of the Day" Is Seeing Her Son's "Morning Face": "It's the Cutest"
by Monica Sisavat 2 weeks ago 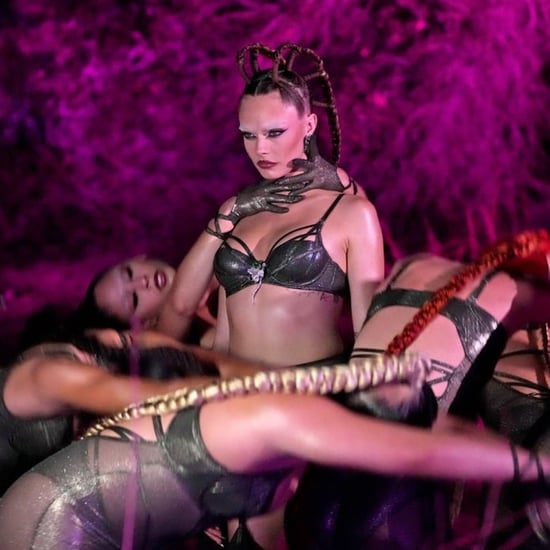 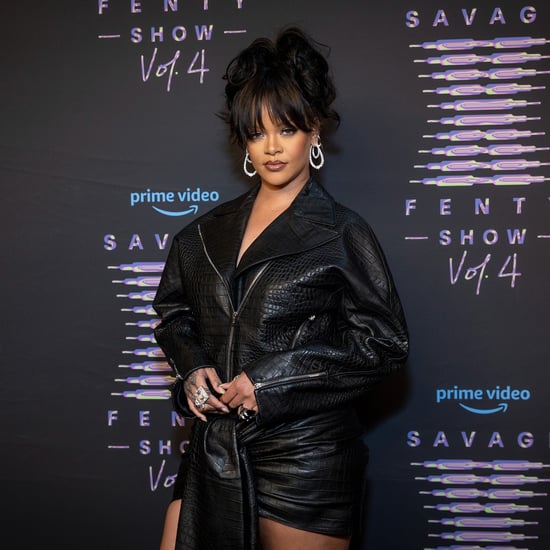 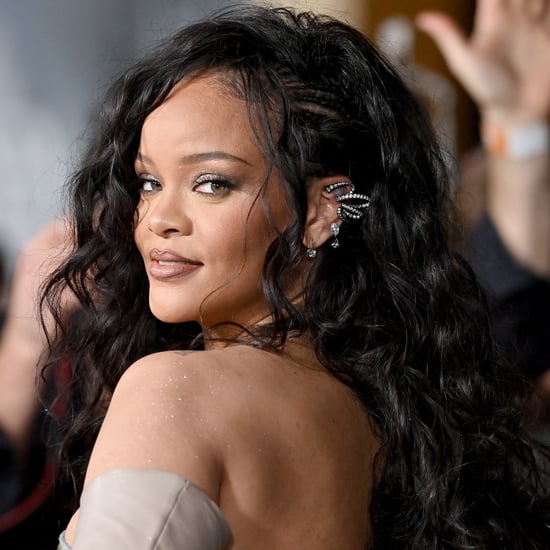 Rihanna
Rihanna's Favorite Thing About Her Postpartum Body? "My Booty — Because I Got One"
by Kelsey Garcia 2 weeks ago 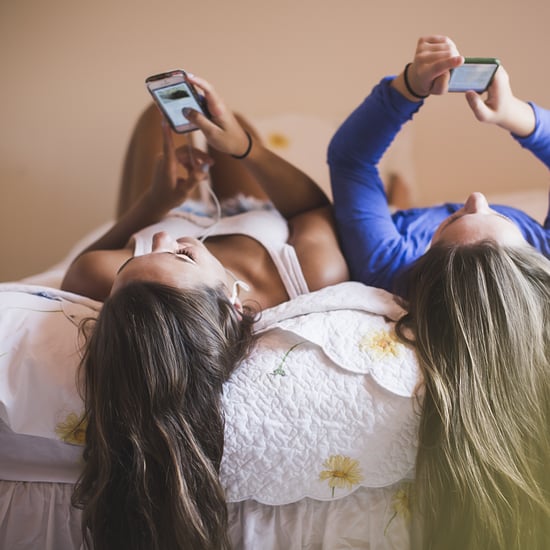 Eating Disorders
A New Study Found That TikTok Promotes Diet Culture, but the Reality Is More Complicated
by Sara Youngblood Gregory 3 weeks ago 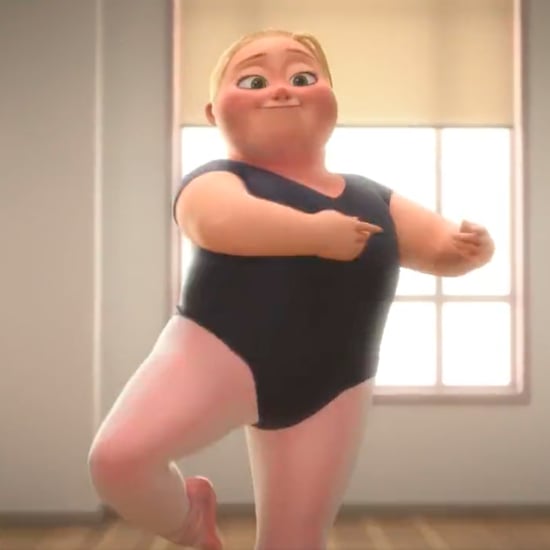