Lindsey Vonn doesn't feel fear. That may sound like hyperbole, but the highly decorated Olympic skier confirms it in her new memoir, Rise. Although Vonn would not think twice about propelling herself mach speed down an alpine trail, her relationship with anxiety is another story."I've had different anxieties within my career," Vonn tells POPSUGAR. "And now that I'm retired, it has opened up into a different kind of anxiety . . . I think it's been a really nice time for me to reflect on my life and about what I've done and where I'm going and who I am." It's the most relatable part of Rise: Vonn sets aside the medals and shows readers her human side, and it's similar to many.

Vonn retired in 2019, and just examining her skiing record is a pure adrenaline rush of its own. She is one of the most decorated skiers of all time — winning 82 World Cup races and three Olympic medals — and she did it challenging outdated rules at every turn. Because of her, women can now wear men's skis in competition. "At first, people made fun of me for doing that," Vonn says. "And then, in the end, I saw most of the women, if they didn't race on them, they've definitely tried them. And I think men realized that it wasn't just men that could ski on their skis . . . And it's not just for one gender or another. When they're good skis, they're good skis."

In her memoir, Vonn also lays bare the lack of protection in the sport that caused her multiple injuries, and even death for some skiers. Perhaps her most significant contribution is making the world of competitive skiing a safer one. "There have definitely been some advancements and just paying more attention to those kinds of details," Vonn shares. "Helicopters I think are required for pretty much every stop except for maybe in the US because helicopters actually aren't legal for mountain rescues. And that's been great to see."

While some may use a book to share intimate details about their love lives for morning-show soundbites, Vonn does the exact opposite. In fact, she doesn't name her celebrity exes at all. "This book is more about my story and how I got through things and the lessons that I've learned, and it's definitely not a gossip book, and I definitely didn't want it to be about my partners," she says. "I've learned a lot from my relationships, and I'm thankful for the lessons that I've learned, and that's what I wanted to share. I just wanted to share from my perspective what I felt and how I got stronger from it."

"My daily life is not quite as exciting as going 85 miles an hour down a mountain."

Instead, Vonn gets personal about two relationships that evolved with her both inside and outside competition. In Rise, we meet her physical therapist, Lindsay Winninger, who helped rehabilitate the Olympian after some of her worst injuries. The two remain close friends today. "She's now head of performance at the Orlando Magic, which is pretty incredible," Vonn shares. "I think there's only like three or four other women in the entire NBA in that position. So I think that proves what I already knew, which is that she's one of the best physical therapists in the world. It's been great to watch her flourish. I'm so happy and thankful that I was able to have someone like her in my corner. I honestly don't believe that I would've made it back if it wasn't for her."

And her other dear friend? That would be her dog, Lucy, a constant support and source of unconditional love. Not only was the King Charles cavalier a great comfort while Vonn was alone during her seasons, but the tiny pup was also compact enough to fit in a backpack and cheer for her mom on the sidelines. "Lucy was just such a perfect companion to have on the road," Vonn says. "I'd come home from races, whether it was successful or not, and I would just be very much alone, and Lucy was such a good companion. Maybe not the best navigator when we were driving, but she was the perfect companion, and I wish I would've had her for my entire career."

Life has changed for both Lucy and Vonn now that the ski legend has retired. "The adrenaline rush, unfortunately, is not there anymore," she says. "My daily life is not quite as exciting as going 85 miles an hour down a mountain. But it's had its own challenges, and I loved the escape of skiing, but I think it's been really good in retirement to face a lot of the things that I didn't want to face back then."

And to the surprise of absolutely no one, Vonn has a solid set of goals for the next five years. "I want to see certain things be successful," she shares. "My ski line with HEAD, and I want to build up my goggle line. I'm advising several venture capital funds, and I'm working with Tempo, Beyond Meat, JUST Egg, and Rolex. I just want to see all of those relationships grow and expand. I'm not a traditional athlete where I'm looking for traditional sponsorships, but I want to be really a part of different companies. Most of my goals are in the C-suite than being just your traditional athlete."

Rise: My Story by Lindsey Vonn ($20, originally $29) is available in stores now. 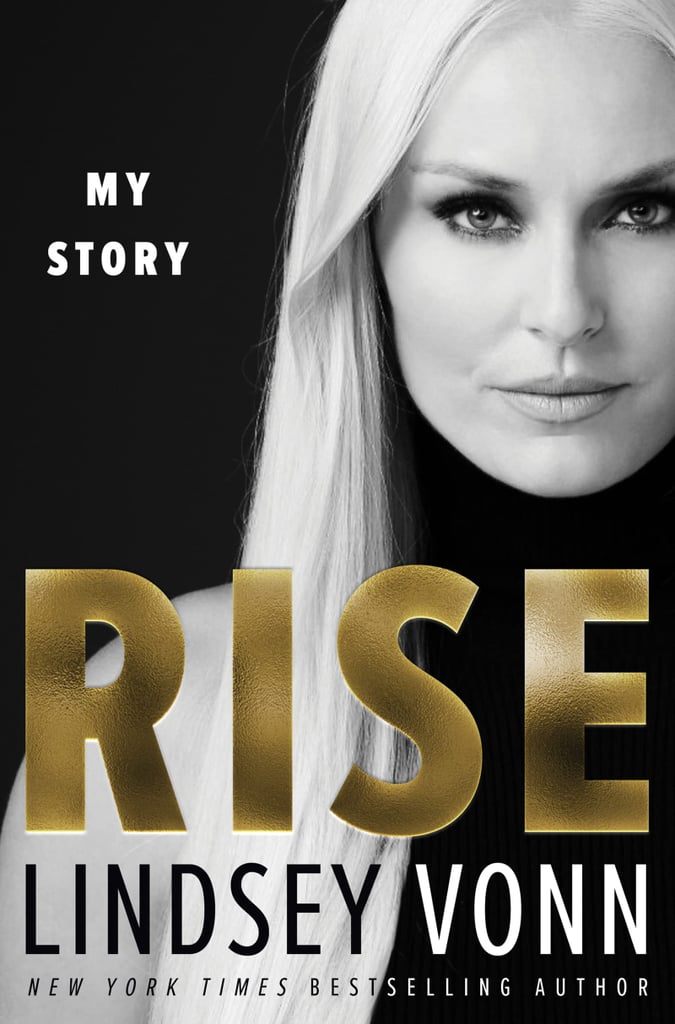 Books
Yes, the Celeb Scandals in Deuxmoi's New Book Are Based on Real Life
by Noelle Devoe 2 weeks ago