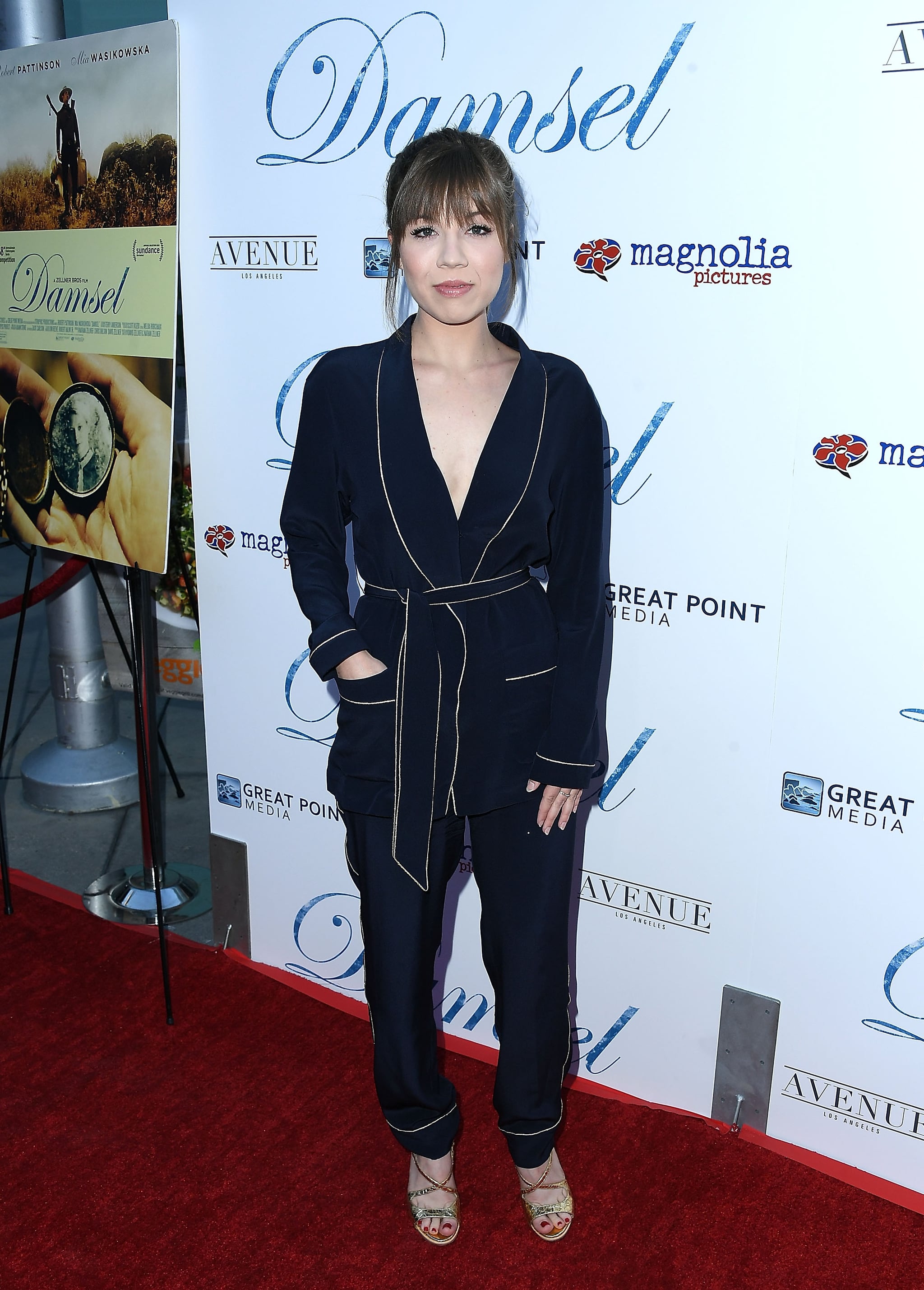 Following her new memoir, "I'm Glad My Mom Died," Jennette McCurdy is opening up even more about the relationship she had with her abusive mother. In the latest episode of "Red Table Talk," McCurdy spoke to the Smith family about some of her most hurtful memories, including watching her dad get chased around with a steak knife, living in the midst of her mother's hoarding, and learning about calorie restriction at only 11 years old.

The following are a few of the most standout experiences McCurdy shared during the talk, shedding even more light on her childhood, her mother's death, what it was like for her growing up, and, most importantly, her healing process.

"It's quite unfortunate, but my mom taught me anorexia," McCurdy told Willow Smith on the show, explaining how her eating disorder originated. "She taught me calorie restriction when I was 11. I had felt a lump in my breast that I thought was, 'Oh, well, my mom had cancer, so I'm probably getting cancer.' And she said, 'No, Net, that's just boobies.'"

Scared by her mom's answer, 11-year-old McCurdy wondered if there was anything she could do to stop her body from changing, and that's when her mother suggested calorie restriction. "It became our sort of secret and our code and something that, as disturbing as it is, really bonded us. It was our thing. No one else got this thing. We got this thing. I can look at you from across the room and know you got me and I got you, and we were just in the disease, in the sickness."

According to McCurdy, the concept of thinness was really the core of her relationship with her mother, so much so that even when her mother was on her deathbed, McCurdy's last words to her mom were about weight. "So I think this thing happens when people are on their deathbed, or this was at least my experience, where everybody tries to say something to the person who's dying like it's an attempt to get them to wake up," McCurdy told Jada Pinkett Smith.

"My brothers had each kind of given their good news of their lives. One of them was getting married, one of them was moving back to California. And then I said, 'Mommy, I'm so skinny right now.' Like, the thing that I felt like was the most that I had to offer was my thinness. And I really, really, in my core at that time, I believed that that would get my mother to wake up. I believe that she cared more about my body and my weight than she did about anything else that could possibly be uttered by my brothers' mouths." She later confirmed to the group that her exact last words to her mother were, "'I'm 89 pounds.'"

McCurdy's Mother Was a Hoarder

After being diagnosed with stage-four breast cancer (when McCurdy herself was only 2 years old), her mother started hoarding. "My grandparents moved in with us during my mother's illness, and my mother, as a result of her cancer, she became a hoarder," McCurdy said.

"Because she was so close to seeing her fate, she suddenly attached meaning and significance to the tiny — I mean, she'd say, 'Well, you touched that Kleenex, so I need it.' So she was keeping everything that me or my three older brothers touched, and it just overwhelmed our house. It really did not feel like a home. It felt like a place of chaos and of turmoil and turbulence." There was a time when the hoarding was so extreme, McCurdy and her brothers had to sleep on trifold mats instead of beds.

McCurdy's Mother Chased Her Father With a Knife

There was also an element of violence in McCurdy's home. "My mom would be chasing my dad around the house with a literal steak knife, and he'd say, 'Deb, you have to get help. You have to get a handle on this. You can't be doing this.' She wouldn't," McCurdy said. Later in McCurdy's therapy sessions through sharing stories about her mom, her therapist suggested that her mother might have had some combination of bipolar disorder, borderline personality disorder, and narcissistic personality disorder. Or "maybe all three," McCurdy said.

To the actor, the household fights were frequent and grew to be expected. "There were many, many versions of the steak knife and other tools. She would grab sort of whatever was on hand, and our neighbor did threaten quite often to call social services. Our neighbor Bud. He would always pound on the door in the middle of the scream fights, and then my mom would hand him a box of See's Candies and bribe him out of calling social services."

After hearing all of McCurdy's traumatic experiences with her own family, the Smiths asked if she would ever consider having children of her own. "I would never wanna have a child for my own identity. That's a very, very concrete one for me," McCurdy established right away. "I'm 30. I don't feel like I want kids. I have two nieces that I adore and a third on the way. I'm really happy to be an aunt, and right now, I don't feel that I want them," McCurdy said. But she could be "open" in the future. "Maybe a couple years from now, or whatever," she told "Red Table Talk."

If you or someone you know is in an abusive situation, call the National Domestic Violence Hotline at 800-799-7233. It's available 24/7 for confidential assistance. You can also chat the hotline online at thehotline.org.

Keke Palmer
Keke Palmer Reveals the Best Sex Advice She Ever Received: "Start With Pleasing Yourself"
by Chanel Vargas 4 days ago