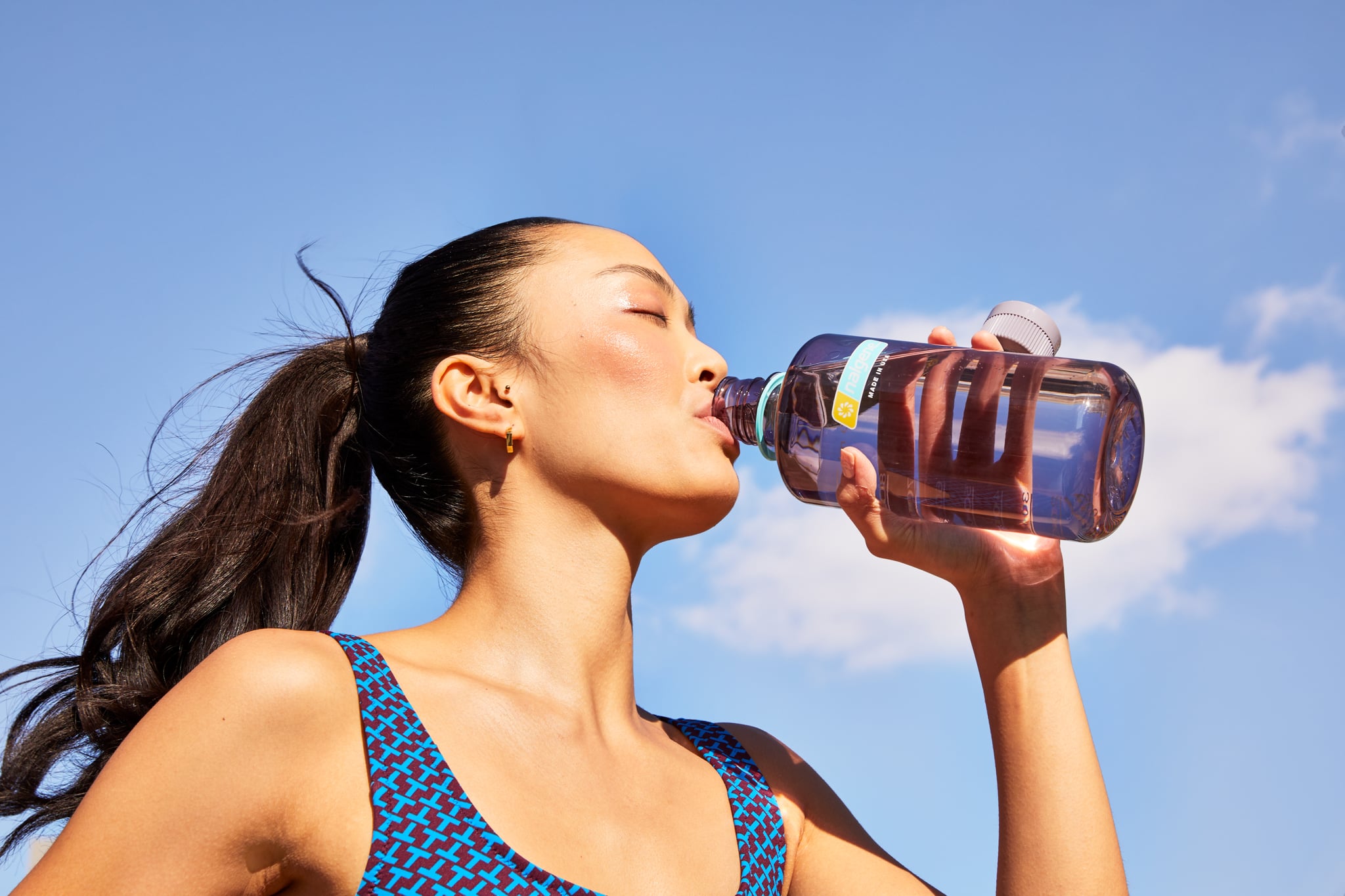 You wouldn't think that drinking water, one of the most basic human needs, could feel complicated. But with countless varieties of water — sparkling, alkaline, or CBD-infused — filling grocery store shelves, and a constant stream of new products entering the already saturated market, it can be easy to overthink hydration. Electrolyte water in particular is one type of souped-up H2O that may have caught your eye, especially if you work out often and end up profusely drenched in sweat.

As someone who exercises at least five times per week, I'm constantly reaching for electrolyte powders and water with added electrolytes, such as ZenWTR, to ensure that I'm replenishing after sweating for over an hour at a time. But, I've always wondered: When do you really need electrolytes? And is electrolyte water a good choice, at that?

Electrolytes are certain minerals that our bodies need to function, according to Staci A. Leisman, MD, a nephrologist (kidney doctor) at Mount Sinai in New York City. "Potassium, calcium, sodium, and magnesium all fall under the heading of electrolytes," she explains, and they're essential to cell, nerve, and muscle function. Electrolytes also play an important role in balancing the amount of water in your body, which is why they're key for hydration, according to the National Library of Medicine.

Do You Need to Drink Water With Added Electrolytes?

Generally speaking, the only time you need to worry about consuming extra electrolytes is if you've lost a lot of water — aka if you're super dehydrated. For example, if you're "running long distances or doing heavy exercise outside, yes, you're probably losing a decent amount of both water and electrolytes in your sweat," Dr. Leisman says. Other scenarios include an increase in urination, vomiting, or diarrhea. In these cases, you might want to choose an electrolyte drink in order to replenish what you've lost.

But the chances you need more electrolytes after a mild or moderate workout are low. If you're not losing a ton of water and electrolytes via sweat, you probably don't need to chug an electrolyte beverage to replenish them. "I think one of my concerns is that [companies] market much of this electrolyte water to people whose exercise consists of walking two miles around the park, who are not sweating profusely, who are not doing extreme exertion," Dr. Leisman says. In fact, some companies add electrolytes to their water just for taste, but claim that it's for health reasons, she says.

On that note, it's important to know that waters with electrolytes added for taste are very different from sports drinks or drinks with electrolytes added intentionally for hydration. For example, both ZenWTR and Smart Water contain electrolytes for taste, but such a small amount that they're not reported on the nutrition label and aren't nutritionally significant. By comparison, electrolyte drinks designed to rehydrate you should call out the amount of each electrolyte on the bottle — and will generally have a lot more of those in them. For example, Propel's Flavored Electrolyte Water has 160 mg of sodium and 40 mg of potassium per 12-ounce serving, Gatorade Thirst Quencher has 160 mg of sodium and 50 mg of potassium per 12-ounce serving, and a packet of Liquid IV hydration drink has 500 mg sodium and 370 mg potassium. For reference, each day, people should generally aim for 2,000 mg of sodium, Dr. Leisman says, and 3,400 mg of potassium for men or 2,600 mg of potassium each day for women, according to the FDA. (Intersex and non-binary individuals were not mentioned.)

Related:
This Drink Is Commonly Used For Children, but I Always Drink It After Strenuous Workouts

Is There Any Risk to Drinking Electrolyte Beverages?

If you're drinking electrolyte water with small quantities added just for taste, there's nothing to worry about. If you want to drink a beverage that's higher in electrolytes and aren't necessarily sweating excessively or often, it's still probably fine, Dr. Leisman says. "I would say there's probably very little benefit or very little harm to drinking bottled water that adds electrolytes," she says. "The main harm is probably on the environment and your pocketbook, but for some of these supplements in which you add electrolyte powder, it's important to read what's inside and confirm either with your doctor or with a nutritionist that you're not consuming vast quantities of electrolytes that may be harmful to you."

For example, if you don't need more electrolytes, adding more sodium to your diet via electrolyte drinks may actually be harmful, Dr. Leisman says. "If you're consuming half a gram [500 mg] just from your water, then you have the potential to be consuming a substantial amount, which could do things like worsen your blood pressure," she explains. You should also be mindful of potassium levels in enhanced water, especially if you have kidney issues, she says. For people dealing with kidney issues (such as kidney disease), too much potassium can lead to hyperkalemia — which can cause "heart palpitations, shortness of breath, chest pain, nausea, or vomiting," the National Kidney Foundation notes.

So What's the Best Type of Water to Drink?

"If you live in a place with clean water, then it's reasonable to drink tap water. It's certainly better for the environment than all of these millions of plastic bottles that are piling up," Dr. Leisman says. "I think there's an argument to be made that tap water can have some impurities that aren't great. . . so, filtered water or bottled water may be better for your health, specifically to avoid things like lead or other dangerous impurities," she elaborates. The US Environmental Protection Agency has a list of water testing labs on its website, so you can send over a water sample to make sure your drinking supply is free of contaminants. (In New York state, for example, the local government will send you a water testing kit.)

In the end, there's not much difference between bottled water with some added electrolytes and clean tap water, Dr. Leisman says. But if you enjoy drinking electrolyte water and that helps you stay hydrated, sip on.

Related:
2 Doctors Explain How to Tell If You're Dehydrated — Here's How to Prevent It
Image Source: POPSUGAR Photography / Chaunté Vaughn
HydrationWaterNutrition 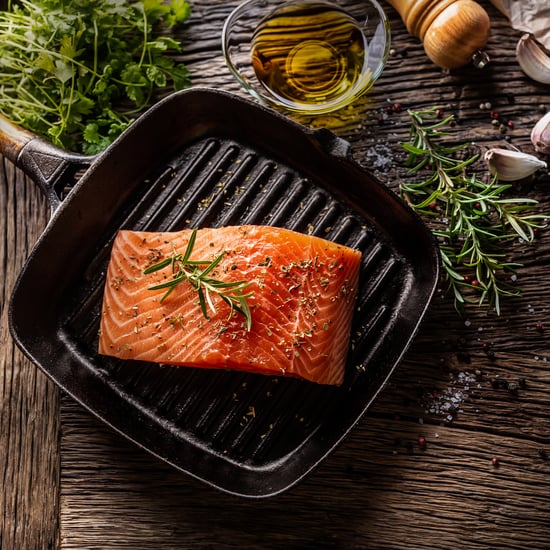 Nutrition
Is Salmon Actually Good For You? An RD Breaks Down the Nutritional Benefits
by Andi Breitowich 2 weeks ago 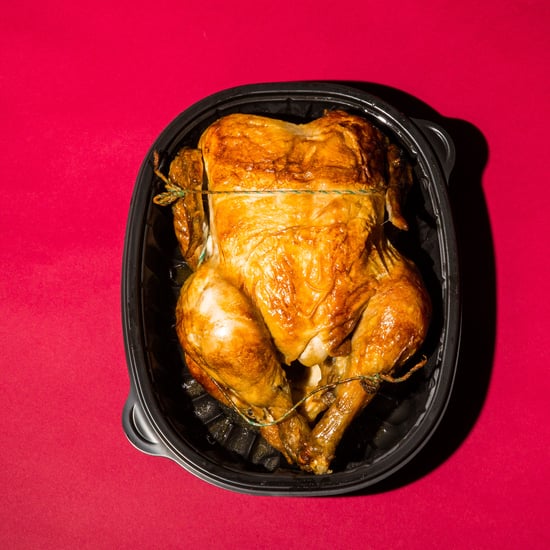 Health
What Happens to Your Body When You Eat a Rotisserie Chicken Every Day?
by Alexis Jones 4 weeks ago

Food Shopping
The FDA Wants to Redefine What "Healthy" Foods Are — but What Does Healthy Even Mean?
by Maggie Ryan 9/30 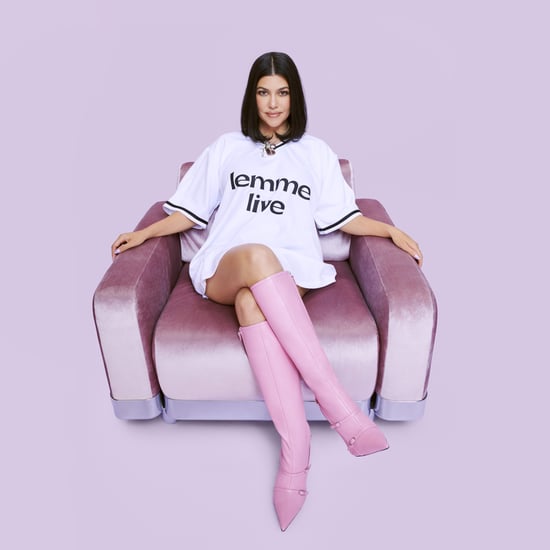 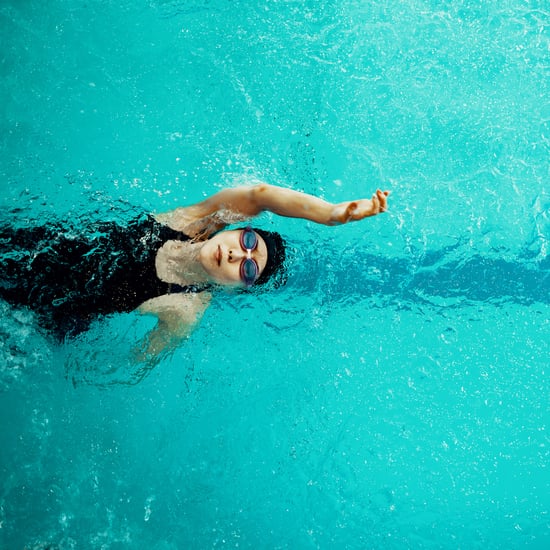 Food Reviews
I Tried the Spicy-Rosé TikTok Trend, and Trust Me, It's a Winning Combo
by Izzie Deibe 8/10