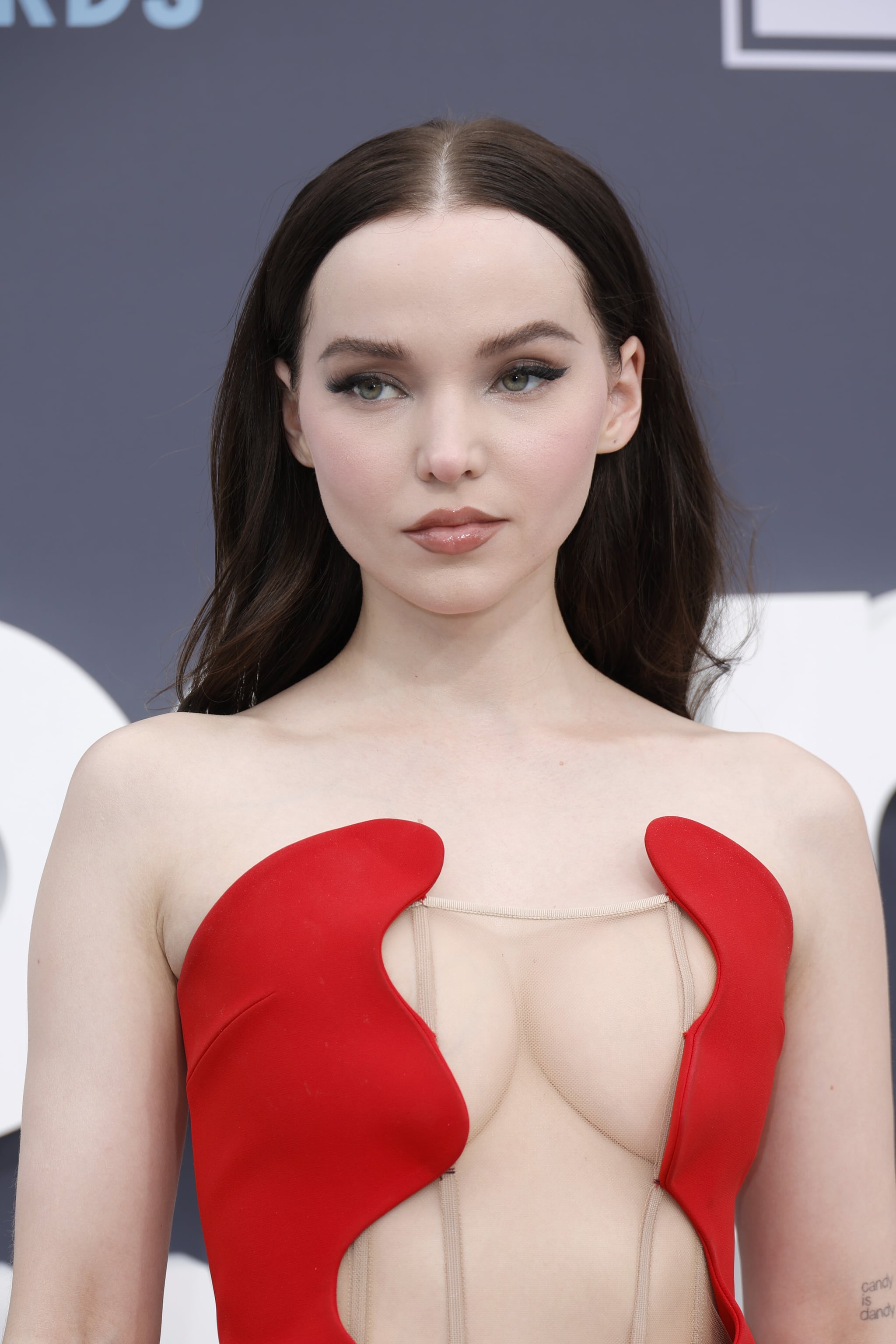 Opening up about one's body image or mental health struggles is no easy feat. But recently, actor Dove Cameron shared her own experience with dysphoria in an Instagram post published on Wednesday. If the concept of dysphoria is new to you, at its basic understanding, dysphoria is "a state of generalized unhappiness, restlessness, dissatisfaction, or frustration, and it can be a symptom of several mental health conditions," according to Good Therapy.

Oftentimes, people associate dysphoria with gender dysphoria, which is "the feeling of discomfort or distress that might occur in people whose gender identity differs from their sex assigned at birth or sex-related physical characteristics," per the Mayo Clinic. And while "gender dysphoria" lives under the umbrella term of "dysphoria," dysphoria by itself has a lot more nuance that doesn't necessarily have to relate to gender.

For some, dysphoria can be a fleeting feeling that comes and goes. For others, it can be something that manifests to a diagnosis like depression or anxiety.

In Cameron's case, the "Boyfriend" singer said in one of her Instagram carousel posts, "I've been struggling lately with the concept of self, my inner relationship to who I know myself to be and my outer perceivable self who I feel I have never known but other people seem to."

In the Instagram caption, she continued, "Identity vs the self!!! Depression & dysphoria. The self is someone I feel I have always deeply known, someone I deeply love and protect, like my own child, I know this self and we are very close. For me, identity and the self have always been diametrically opposed, and there has only ever been room for one at a time to occupy my life. I have never been able to make them hold hands."

Cameron, who recently came out as queer, said these feelings most likely stem from her inability to feel comfortable being herself. "I realize as I get older, it's because I hold a deep seeded belief that who I am is wrong, I am not allowed to be just as I am, I am not meant to be here. I feel I must be something else if I am going to be allowed to be here. and I really do wanna be here with you." According to the 26-year-old, she "feels no identity at all."

Instead she said, "I feel most natural as something imperceivable to myself, an energy and a presence. I don't know if I will ever be able to live as this, if I will ever find a rhythm in this job where perception is one of the major cornerstones. So far, the self and the identity seem to harm each other, in my personal experience."

Cameron then goes on to explain what dysphoria looks like in her day-to-day life: "I've been covering mirrors lately. I've been feeling wrong in clothing that used to make me feel beautiful lately. I've been crying a lot lately, sometimes terrorized by my identity and image, sometimes in absolute flow with something new and peripheral and joyous to me. I don't know if I've ever slowed down enough to learn who I am outside of fight, flight, or freeze."

Because dysphoria is so different for every person who experiences it, it's hard to say whether how Cameron feels is a relatively common experience or something individualized to her. But for anyone who has ever felt confused or unsure about who they really are beyond their perceived version of "self," it's easy to relate to Cameron's words — especially when she mentions how performative social media is.

"Social media and mirrors and branding and the constant broadcasting of self and visibility of ourselves and everyone everywhere is not optimal for mental health, clarity of energy or relationship to our inner world. For any of us. This is a modern problem not designed with human health in mind," she said.

"Emotion is cool. Dysphoria is OK. Living as a human is intense. We are all holding hands. Don't forget."

In an effort to be real and authentic, Cameron also shared that while she "struggles" often, she is trying to be open to investigating this internal dysphoria. "What I am choosing to say is I am in process, I'm investigating, I'm struggling more than half of the time and I'm trying to maintain a quiet non-judgmental curiosity rather than punish myself for not knowing what I'm feeling or where I'm going," she wrote.

While Cameron doesn't have an answer for her dysphoria she said that she wants to share her experience because, "I never want you to feel alone in a sea of what seems like humans who are comfortable in their identity, like they may not even have to think twice about it (which is wonderful and we are happy for them)."

But Cameron believes that "we all deserve a life unburdened by the societally created identity, we all deserve to unlearn self abuse and self hatred. I am on that journey now, and I'm sharing so that we may all feel more comfortable in a conversation that may be confusing, and we may navigate something that feels difficult to put to words, together. Human, first. The rest is all the rest. Emotion is cool. Dysphoria is OK. Living as a human is intense. We are all holding hands. Don't forget."

The actor finished her Instagram caption by assuring her fans that as she navigates this dysphoria, she wants to continue taking up space for herself: "There is room for us to talk about the things that terrify us/can't be commoditized on a large scale, that can't be commercialized and easily sound-bitten. Maybe the spaces that are the least human can become the most human, if we want that, and we can all let each other take up a little more space. I love you."

If you or someone you knkow are currently navigating feelings of dysphoria, you can reach out to a medical expert who can better treat you and your specific needs.