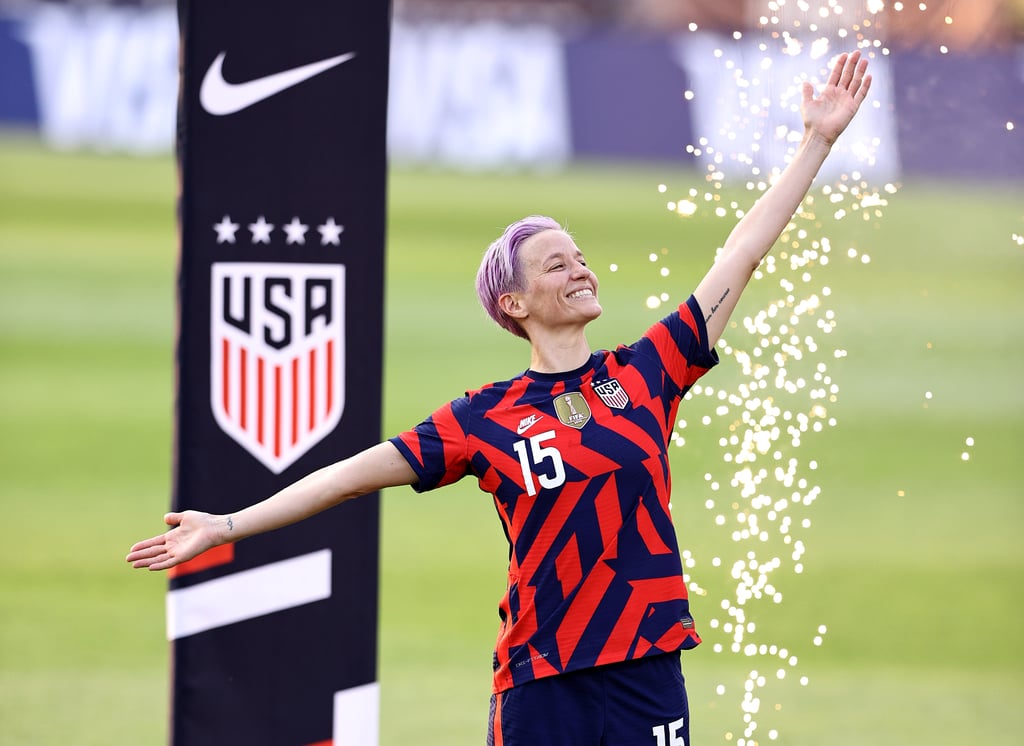 8 Fun Facts About Megan Rapinoe, Who's Back and Ready to Lead the USWNT to Olympic Gold

Megan Rapinoe took the world by storm during the 2019 Women's World Cup, capturing hearts with her blend of energetic play, entertaining celebrations, and fearless leadership on and off the field. The US Women's National Team (USWNT) player, who's instantly recognizable for her iconic pink pixie cut, has competed on the international stage for 15 years and racked up some impressive hardware along the way.

Rapinoe plays professionally for the Seattle Reign and went to the University of Portland, where she won a national title and helped the team to an undefeated season in her freshman year. She made her USWNT debut in 2006 and, despite being sidelined by knee injuries in 2008 and 2009, returned to help the US become runners-up at the 2011 World Cup and win the 2012 Olympics. Once known more for her assists than her goals, she won the Golden Boot after scoring most goals in the 2019 World Cup, including one during the quarterfinals against France and an ice-cold penalty in the final versus the Netherlands. And of course, beyond her on-field heroics, Rapinoe is famous for being a leader in the team's ongoing fight for equal pay and a vocal advocate for racial justice.

Think that's everything there is to know about this badass athlete? Not quite. Keep reading to get to know Rapinoe even more before she takes the field again at the 2021 Olympics.

Sports
Paralympian Deja Young-Craddock Says Goodbye to Track For Now: "It's Time For Me to Walk Away"
by Samantha Brodsky 1 day ago

Summer Olympics 2021
Canada Won Soccer Gold, but Its Heroic Goalkeeper Fought Anxiety and Panic Attacks on the Way
by Maggie Ryan 2 days ago

Workouts
Want to Take Your Strength and Stability Training Up a Notch? Let Leylah Fernandez Demonstrate
by Samantha Brodsky 2 days ago

Simone Biles
Sparkly Leotards and Sky-High Flips: Get a Sneak Peek of Simone Biles's Gold Over America Tour
by Maggie Ryan 3 days ago