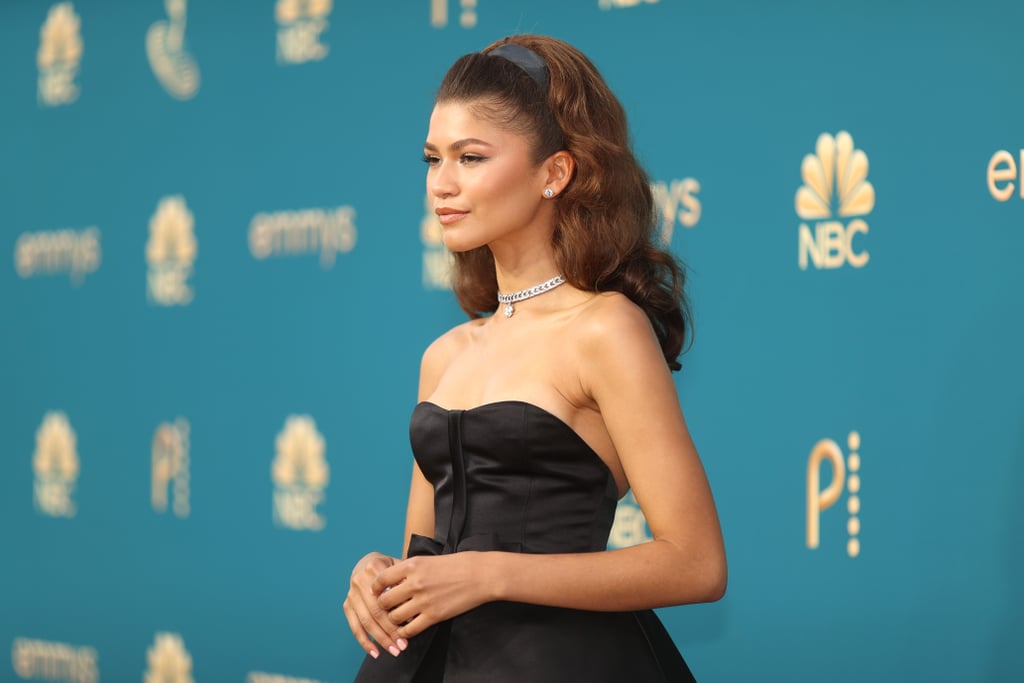 Never one to disappoint on the red carpet, Zendaya attended the Emmy Awards on Sept. 12 in Los Angeles dressed like a winner. Looking exquisite in a classic silhouette by Valentino, Zendaya arrived at the annual event wearing a voluminous ball gown that featured a strapless bustier bodice, a peplum waist with a bow, and convenient built-in pockets. Zendaya's longtime stylist, Law Roach, finished the ensemble with simple diamond studs and a chain-link necklace by Bulgari. Another accessory chosen for the evening? A matching black headband that pushed her hair back past her shoulders.

This gown is only the latest in a series of elegant Emmys looks for the 26-year-old actress. In 2019, she attended the award show wearing an eye-catching emerald-green Vera Wang dress. And in 2020, she wore two daring looks for the virtual ceremony: a colorblock Christopher John Rogers dress to present, and a polka-dot Giorgio Armani gown for her viewing party, during which she accepted the award for outstanding lead actress in a drama series. Zendaya's portrayal of Rue in the second season of "Euphoria" again earned her a nomination at this year's ceremony. Ahead, see more photos of her latest Emmys look.