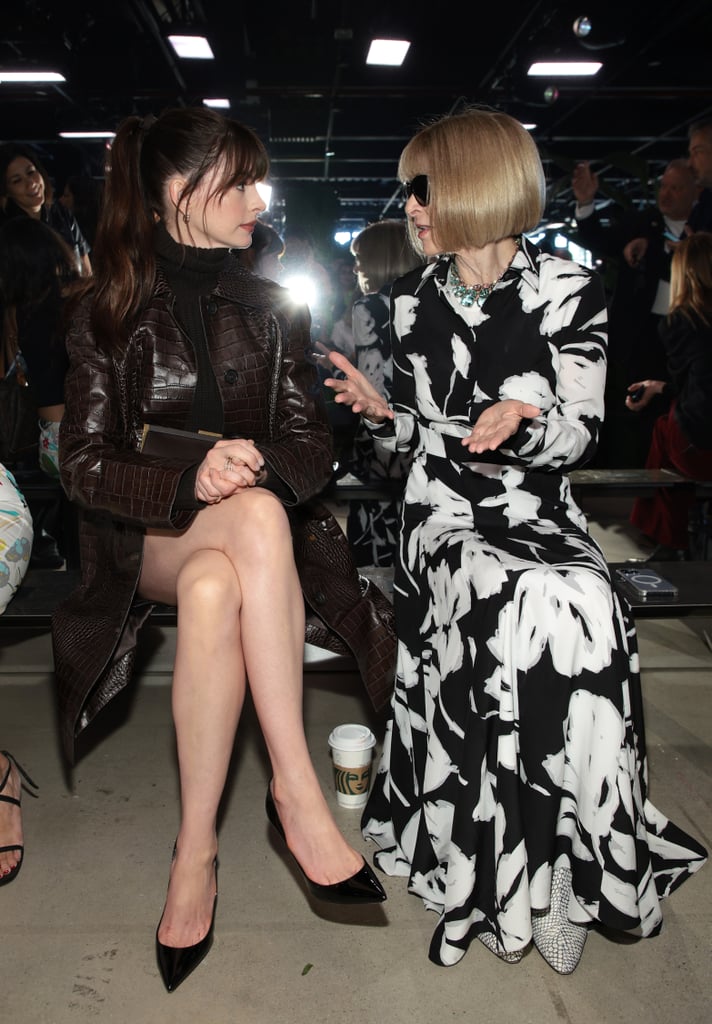 Anne Hathaway on Her "The Devil Wears Prada" Look With Anna Wintour: "It Was Kinda Nuts"

Anne Hathaway referenced her iconic Andy Sachs character at the Michael Kors spring 2023 show during New York Fashion Week. And she did so while sitting next to Vogue's editor-in-chief Anna Wintour no less. The irony was not lost on anyone when the actress showed up in a look that evokes the fictional assistant of Miranda Priestly (whose role is inspired by Wintour) in "Devil Wears Prada." Dressed in head-to-toe Michael Kors, she reinterpreted her character's brown leather jacket and black turtleneck costume, opting for a brown croc embossed coat and matching miniskirt and a black knit turtleneck sweater. Hathaway's top bun and bangs also reflected her character's hairstyle, rounding out the déjà vu moment. She finished with a brown clutch and black Christian Louboutin pumps.

The actress addressed the viral moment in a "Today" interview on Oct. 13, sharing that the outfit was an "accident" and her seating arrangement next to Anna Wintour was "kind of nuts." Even the ponytail was a nod to Andy Sachs's signature look, and that connection wasn't lost on Hathaway. " . . . my hairstylist, who's so lovely and I've never worked with him before . . . said, 'Oh, I know what to do.' And he threw my hair up in a ponytail," she said. "I looked in the mirror and I thought, Oh, that's funny. I wonder if anybody will notice?" Clearly, the whole world did.

Next to Hathaway and Wintour, who wore a printed black-and-white maxi dress with pointy animal-print boots, sat Serena Williams. The tennis legend embraced the Barbiecore trend, donning a hot-pink suit layered over a light-pink top and finishing with silver heels and jewelry. Other notable attendees included Lori Harvey, who looked sporty and cool in a gray minidress, an oversize coat, and a Yankees cap; and Vanessa Hudgens, who appeared in a black belted halter jumpsuit and coat.

Meanwhile, the catwalk explored daytime, evening, and power dressing, similar to the fall 2022 collection. Bella Hadid modeled an all-black bra top and asymmetric skirt styled under a blazer. Paloma Elsesser walked the runway in a scarlet one-shoulder dress with a center slit. There were also some sportswear staples — from tank tops to bathing suits — as well as glittery gowns and skirts. The show notes captured the themes succinctly: "Urban Resort. Big City Polish. Juxtaposed with relaxed resort glamour. A celebration of the body." The commercial collection didn't reinvent the wheel, but it boasted all the stylish staples the Michael Kors customer will need for all occasions.

Ahead, view the stars in attendance as well as our favorite looks from the collection. 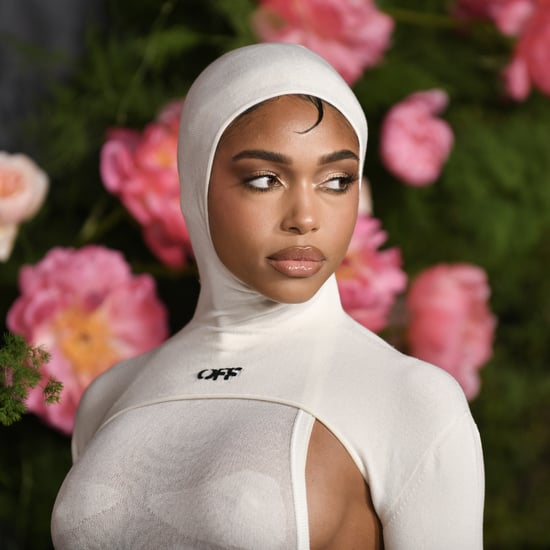 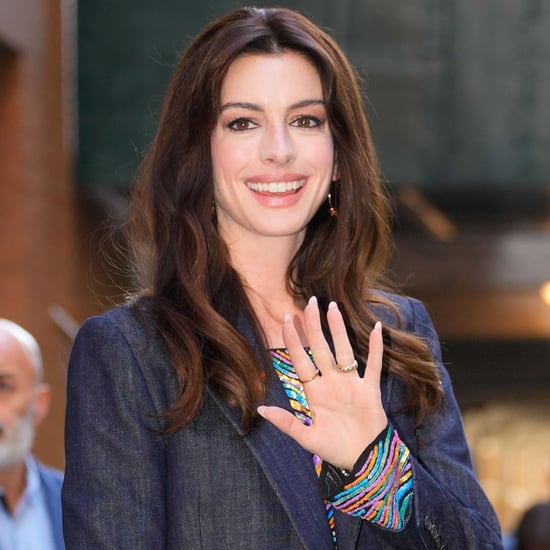 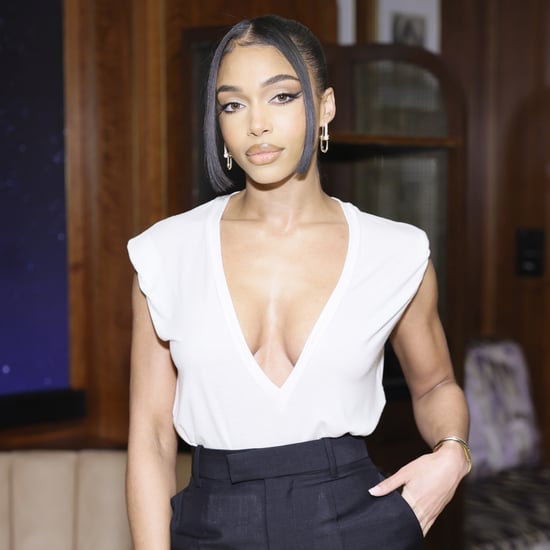 Music
Alexis Ohanian Responds to Drake: "I Stay Winning . . . Being the Best Groupie For My Wife and Daughter"
by Eden Arielle Gordon 3 weeks ago