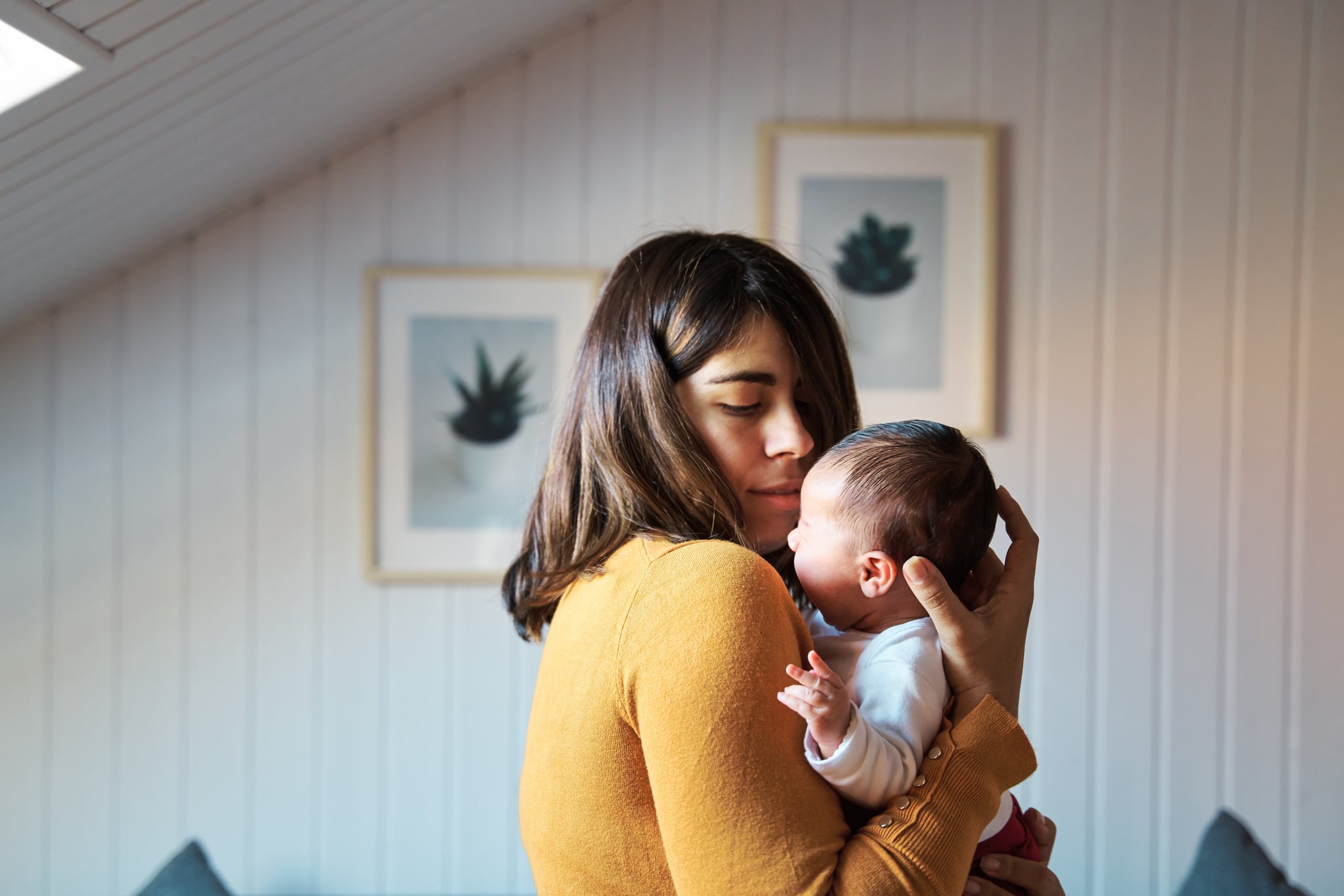 The Centers for Disease Control and Prevention issued a health alert on July 12 notifying public-health providers that the virus parechovirus has been spreading nationally since May. The alert came as an effort to properly diagnose babies that come into clinics with an unexplained fever, seizure, meningitis, or sepsis-like symptoms, including shortness of breath and rapid heartbeat.

A family who lost their 1-month-old baby to the virus have been sharing their story in an effort to bring awareness to this "rare" disease. The mother, Kat Delancy, told local news outlet WFSB that she took their newborn son Ronan to the pediatrician after he seemed "fussier, he wasn't eating quite as well, and he had redness on his chest." The doctor who saw him said Ronan was fine and sent them home, but that night Kat decided to bring him to Yale New Haven Health as a precaution. That's when Ronan stopped breathing, which was then followed by seizures.

It took four days in hospital to determine the diagnosis: parechovirus.

In an effort to warn other doctors about the virus, Yale New Haven Health sent out a newsletter that WFSB shared, saying that parechovirus "may be under diagnosed due to lack of awareness." Now with the CDC's latest alert on spreading cases, parents should keep a closer eye on symptoms, especially with newborns younger than 3 months old. Find more on how to detect parechovirus below.

According to the CDC, it's a common pathogen that can present as asymptomatic, mild, common cold-like symptoms, or severe illness. "Symptoms such as upper respiratory tract infection, fever, and rash are common in children between 6 months and 5 years, with most children having been infected by the time they start kindergarten."

Dr. Ami Patel, an attending physician in the division of Pediatric Infectious Disease with the Ann & Robert H. Lurie Children's Hospital of Chicago, told The New York Times, "For the most part, parechovirus causes illness that tends to be very mild. Very rarely do we get more severe illness."

There are four species of the parechovirus, but only PeV-A is known to cause disease in humans, according to the CDC. That being said, there are multiple strains of PeV-A, and some age groups are at higher risk than others for being impacted by these strains. In most recent cases of the virus, the PeV-A3 strain has been the most common. It's also the most dangerous strain to infants younger than 3 months. If the virus develops into a severe illness, it can cause irreparable brain-tissue damage, especially among infants. In severe cases like Ronan's, it is fatal.

Parechovirus spreads through contaminated surfaces or through the air, per The New York Times. It can also be transmitted via respiratory droplets, saliva, or feces from those who are infected, according to New South Wales Health. Both symptomatic and asymptomatic infected individuals can transmit the virus via feces or respiratory routes, per the CDC. And those infected with parechovirus can shed the virus (meaning multiply and release the virus back into the environment) for one to three weeks after infection via the respiratory tract or up to six months through the gastrointestinal tract.

Is There Any Treatment For Parechovirus?

Right now there is no treatment for parechovirus, but earlier diagnosis can help doctors manage the symptoms, according to the CDC. For young infants (1 to 3 months old) who are at a higher risk for severe illness due to an underdeveloped immunity, look out for signs of fever, rash on hands and feet, and severe irritably — or, as one study describes, "hot, red, angry babies."

And of course, prevention is key. Like any common cold, you should frequently wash your hands and prevent visitors who are feeling unwell (which you should be doing already to prevent COVID and monkeypox).

Why Did the CDC Issue an Alert?

While the virus is not new, the alert came after an influx of cases emerged in May. According to the health advisory, most of the cases are the PeV-A3 strain — which is most commonly associated with severe disease. The CDC has yet to release any information around current hospitalization or mortality rates.

As we move from summer into fall, the CDC warns that this is when the virus is more common due its seasonality (similar to how we have a "flu season"). The CDC recommends clinicians pay very close attention to infants with a fever, seizures, or sepsis-like symptoms.