A mom is garnering a lot of social media attention following a video she posted to TikTok explaining how she teaches her five daughters that virginity doesn't actually exist.

Cayce LaCorte, under the username @book_mama, was responding to a question posted by fellow TikTok user Nevada Shareef (@nevadashareef), who asked fellow parents to name something about the way they have raised their kids that others would find strange.

"I'm going to get a lot of sh*t for this," she began, before revealing that she's raising her girls to believe that "there is no such thing as virginity."

Such a philosophy might seem a bit extreme at first, but her explanation will likely resonate with parents who want their children to grow up with a healthy self-image.

"It is a patriarchal concept used to control women and serves no purpose, other than making women feel bad about ourselves," she said. "Just because some guy randomly sticks his penis in you at some point in your life does not change your worth, it does not change who you are, it doesn't do anything other than it happened."

She acknowledged that many fellow moms have asked her, "Oh, well, don't you think that will make your daughters promiscuous?" For those concerned that her approach will minimize the importance of sex education, she made another solid point.

Cayce received immense praise for her candid, honest video, and although she managed to change many parents' perspectives in 15 seconds flat, she also received dozens of requests for more information on how she puts her philosophy that virginity is a myth – for boys and girls alike – into practice with her children. Scroll ahead for more of her insights.

Penn Badgley
Penn Badgley Admits His Pleasant Fatherhood Experience Is, Ahem, "Not Helpful" to His Role on You
by Kate Schweitzer 6 days ago 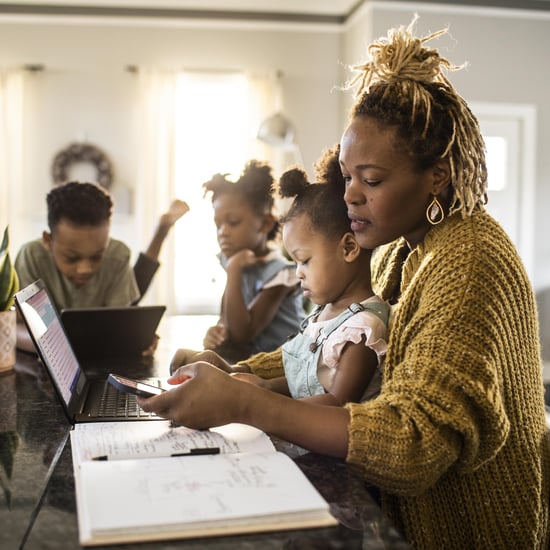