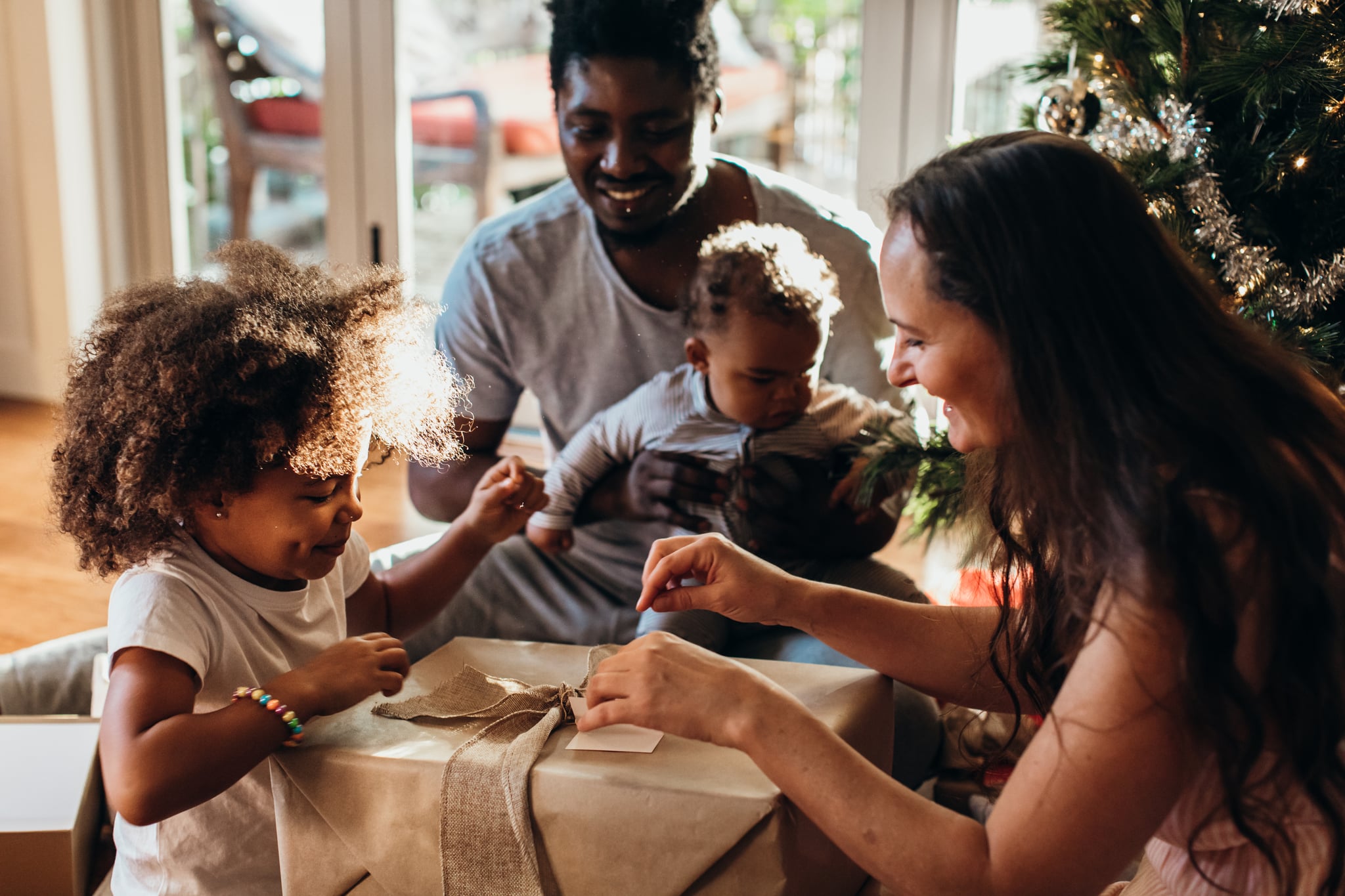 A few years ago, when my son turned 5 and my daughter turned 3, their behavior drastically changed around receiving a gift. What used to be a sweet toddler "Dank-you!" turned into a fits when they didn't receive the perfect gift. I watched in horror as they tossed aside adorable pajamas and cozy fleeces stating "Aw, man. Clothes! Boring!" Or as they opened up an expensive toy, only to proclaim: "I hate horses!" or something of the like. With a master's degree in child and adolescent psychology, I knew enough to be reassured that what they were expressing was developmentally appropriate and not intended to be rude. As a gift giver, I also knew that having a kid begrudgingly say thank you at a mother's behest wasn't exactly useful either. There's nothing worse than fondly picking out something you think the child in your life will love, only to have them obviously be disappointed by it. Selfishly, I also didn't want to spend my holidays chasing my kids around or guilting them into being good gift receivers.

I racked my brain until I came up with the perfect way to explain gift giving to my kids, then I hoped like heck it would work. It went something like this: "When you receive a gift, you need to be kind and respectful and say thank you, even if you don't like the gift." My son, ever the rule breaker, quipped up as I knew he would, "Why?"

Related:
Leaving Santa Gifts Unwrapped Under the Tree Might Be the Best Tip I've Learned All Year

"Because," I answered slowly, "A gift is a thought." My then-5-year-old, deep-thinking son with the sensitive heart got it immediately and brightened. My daughter, who is a little less on the sensitive side, needed a bit of an explanation: "Anytime someone gives you a gift, it means they were thinking of you. What they are giving you is the loving thought they had about you!"

She cocked her head to the side to show that she was considering this. I knew I only had a few more moments to get my message in, so I went for it. "That's why it doesn't matter if someone gives you a big gift, or a little gift, a homemade gift, or even a gift you don't like — a gift is really just a way to say they were thinking of you, and that is always wonderful. That is what you say thank you for." Both kids bought it, hook, line, and sinker. They were wooed by this basic idea, which in actuality, is the truth behind gift giving. It's giving someone a thought.

Aside from teaching the kids that they can always say "Thank you for your thoughtfulness," this had consequences that I could not foresee. My son, who is introspective and often anxiety ridden during the holidays, suddenly started seeing every card, gifted cookie, and present as an extension of love. It filled him with a deep amount of joy just to know that he was thought of so much. My daughter, who is less sensitive and more about the gifts, suddenly saw all gifts on an equal playing field. She no longer pined for the biggest gift under the tree, complaining when it went to her cousin. She started to see each thing as equal and received them as such.

Related:
The 1 New Holiday Tradition I'm So Glad I Started

It's not a perfect system — they are kids, after all. From time to time, they slip up, and the stray "Aw, man," slips out. Usually I only have to say something like: "Wow, Grandma was really thinking of you," and they button it right up. After two years and being gifted about a zillion things from grandparents, the "a gift is a thought" lesson has stuck.

Healthy Living
How to Stay Hydrated During Ramadan, According to Dietitians
by Lauren Mazzo 4/19

Holiday
Semana Santa on Our Terms
by Melissa Hayes 3/21