The Best Books About Sexual Orientation and Gender Identity For Tweens

Being a tween is weird. At this preadolescent age, you are still mostly a kid, but your body is starting to change (or will soon), and you are curious about the next phase of life. I remember asking my mom to tell me exactly where I would grow hair and telling her the first time I read about kissing in The Saddle Club and how it made me feel things.

And while sex positivity has definitely come a long way over the years, sexual orientation can still be confusing for many tweens, especially because LBGTQ+ relationships aren't often taught about in schools. Parents should never assume their child's sexual orientation or gender identity. Let them know that one of the things that's normal to think about at this age is who they are attracted to and how they identify.

Remember, sexual orientation is about who you're attracted to and want to have relationships with. This includes being gay, a lesbian, heterosexual, bisexual, asexual, pansexual, and more. On the other hand, gender identity is about who you are — men or women, genderqueer, transgender, nonbinary, and more — and doesn't necessarily correlate with the sex assigned at birth. To help your tweens understand more about this topic, get them one of these books on sexual orientation and/or gender identity.

Related:
Love Is Love: Add These 45 LGBTQ+ Books to Your Kids' Bookshelves
Previous Next Start Slideshow
Tweens And TeensBooksIdentityLGBTQ+Pride Month

Movie Trailers
Blink and You'll Miss the Diabetic Kid in Pixar's Turning Red Trailer, but It Left a Major Impact on Fans
by Kate Schweitzer 4 days ago

Celebrity Quotes
Tommy Dorfman Is Reintroducing Herself: "I Am a Trans Woman"
by Kelsie Gibson 4 days ago

Books
If You Missed Sex During the Pandemic, You'll Relate to This Enticing Short Story
by Lauren Harano 5 days ago 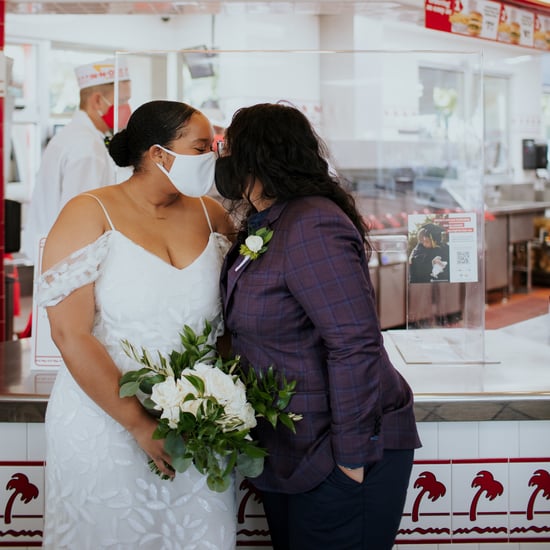 Real Weddings
This Couple's Elopement Day Involved Lots of Love, an In-N-Out Burger, and a Side of Fries
by Haley Lyndes 6 days ago