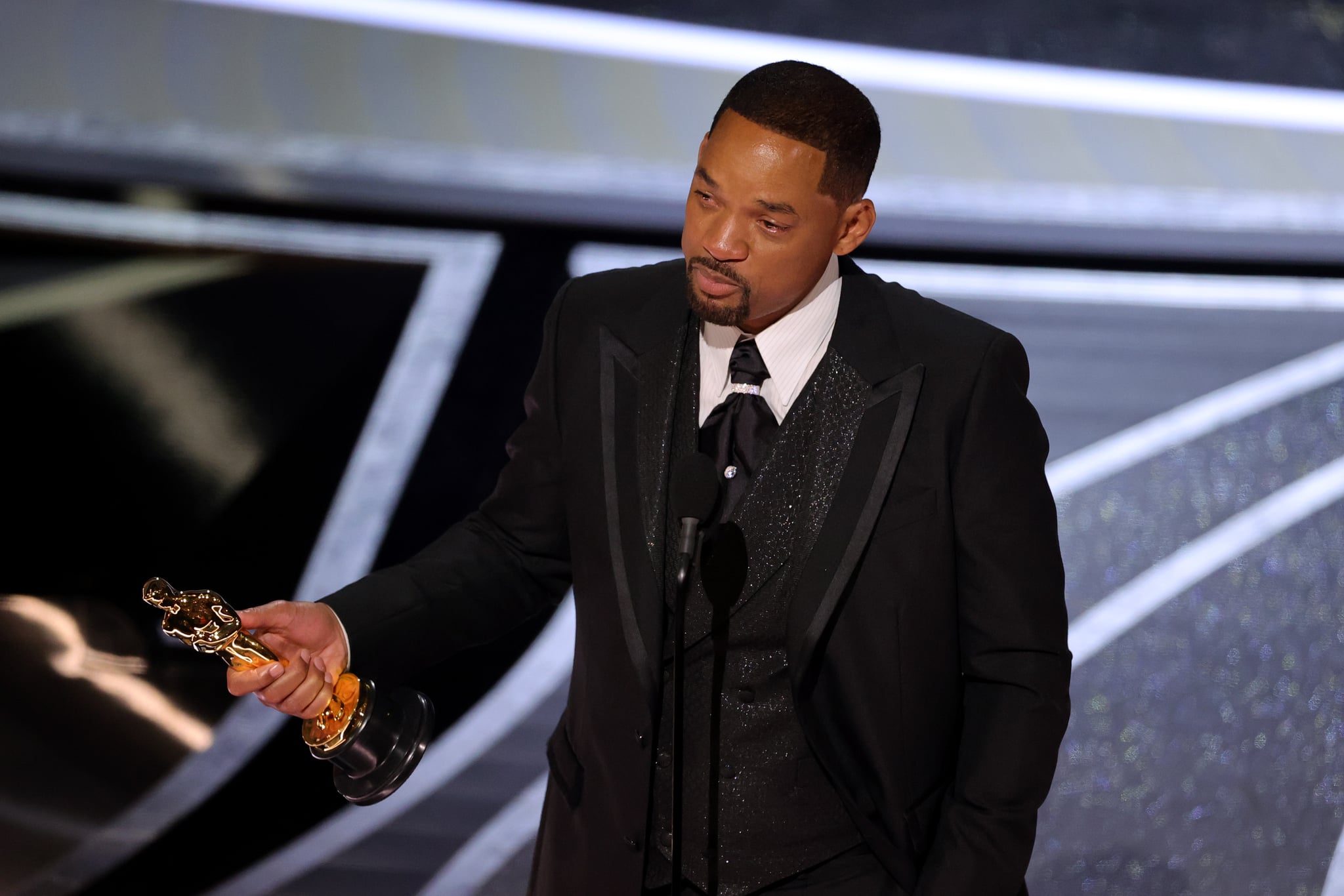 The Academy has voted to ban Will Smith from all Academy events, including the Oscars, for the next 10 years as a result of his physical altercation with Chris Rock at the 2022 Oscars on March 27. Academy President David Rubin and CEO Dawn Hudson detailed their decision in a statement shared with POPSUGAR on April 8.

"The 94th Oscars were meant to be a celebration of the many individuals in our community who did incredible work this past year," the statement read. "However, those moments were overshadowed by the unacceptable and harmful behavior we saw Mr. Smith exhibit on stage."

The Academy added: "Today, the Board of Governors convened a meeting to discuss how best to respond to Will Smith's actions at the Oscars, in addition to accepting his resignation. The Board has decided, for a period of 10 years from April 8, 2022, Mr. Smith shall not be permitted to attend any Academy events or programs, in person or virtually, including but not limited to the Academy Awards."

The Academy once again acknowledged that they "did not adequately address the situation" the night of the 2022 Oscars and apologized for not doing so. "During our telecast, we did not adequately address the situation in the room. For this, we are sorry. This was an opportunity for us to set an example for our guests, viewers and our Academy family around the world, and we fell short — unprepared for the unprecedented," the statement continued.

The Academy extended a message to Rock and thanked him for "maintaining his composure under extraordinary circumstances." They also acknowledged all the hosts, nominees, presenters, and winners for their "poise and grace" during the show.

They concluded their statement by writing, "This action we are taking today in response to Will Smith's behavior is a step toward a larger goal of protecting the safety of our performers and guests, and restoring trust in the Academy. We also hope this can begin a time of healing and restoration for all involved and impacted."