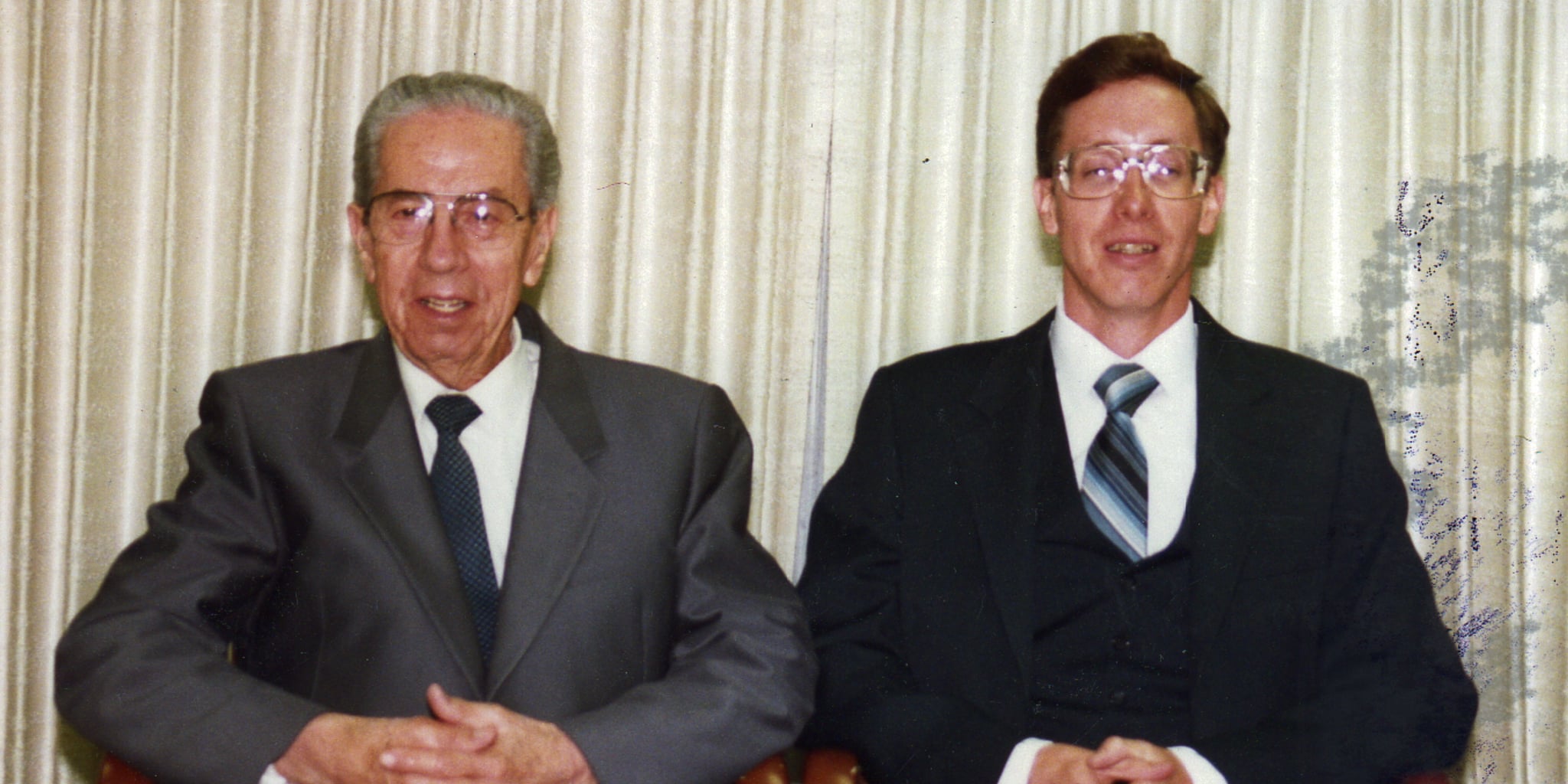 One of the most harrowing true-crime documentaries to hit Netflix this year is Rachel Dretzin's "Keep Sweet: Pray and Obey." The doc focuses on cult leader Warren Jeffs and those who survived his chilling reign in the Fundamentalist Church of Jesus Christ of Latter-Day Saints (FLDS). "Keep Sweet" covers heavy material, as Jeffs's rule was marked by rampant manipulation and sexual abuse. Jeffs was eventually convicted on charges of sexual assault and sentenced to life in prison, but what has happened to him since his sentencing? Here's what you need to know about his whereabouts today.

Who Was Warren Jeffs?

Located in Hildale, UT, and Colorado City, AZ, the Fundamentalist Church of Jesus Christ of Latter-Day Saints is a radical polygamist sect that broke off from the Mormon Church about a century ago, per ABC News. Jeffs officially became the leader of the FLDS when his father, Rulon Jeffs, died in 2002.

Jeffs, who presented himself as the FLDS prophet, resided on a 28,000-square-foot compound in Hildale where he had 79 "sister-wives," per Inside Edition. Within the ranch, which served as the FLDS headquarters, wives were forced to participate in group activities, such as praying every hour, while Jeffs married and facilitated marriages within the community.

According to one of Jeffs's sermons, FLDS wives were supposed to obey their husbands and have children. Horrifyingly enough, many former members have claimed that they were forced to marry in their teens. Jeffs himself had at least 24 wives under the age of 17 per Church records. According to a report from NBC, Church dissidents claimed that the number of underage marriages skyrocketed to hundreds during his rule.

Life in the FLDS community was largely disconnected from the outside world. Entertainment sources, such as TV and the internet, were strictly banned. Women were also forced to grow out their hair and wear prairie dresses. Young members were even supposedly taught that Jeffs was the president of the United States.

A few years after officially assuming his position of power in the FLDS, Jeffs was put on the FBI's Most Wanted list in May 2006. In August 2006, he was arrested and faced sexual-misconduct charges for facilitating marriages between underage girls and older men.

Where Is Warren Jeffs Now?

Per NPR, Jeffs was convicted in Utah in 2007, but the conviction was later reversed because of a court error. He was then convicted of sexually assaulting two girls he claimed were his "spiritual wives." In 2011, he was sentenced to life in prison. But Jeffs wasn't the only member of the Church convicted, as there were seven others from the ranch convicted of sexual assault, bigamy, and other charges.

While in prison, Jeffs published a book called "Jesus Christ Message to All Nations" in 2012. In 2017, a woman sued Jeffs and an FLDS community trust for damages, alleging that she was abused as a child. However, the community trust's lawyers said in 2019 that Jeffs had recently had a mental breakdown and was not fit for court, per AP News.

Jeffs, now 66, still has supporters in the FLDS community who see him as the faith's prophet, but the Church itself has lost many members since his arrest. He's now imprisoned at the Texas Department of Criminal Justice's Louis C. Powledge Unit in Palestine, TX. Over the years, there has been suspicion that he's continued to direct group activities even from jail. According to AP News, his wives have been caught with microphones in their watches during visits. Jeffs will be eligible for parole in 2038.