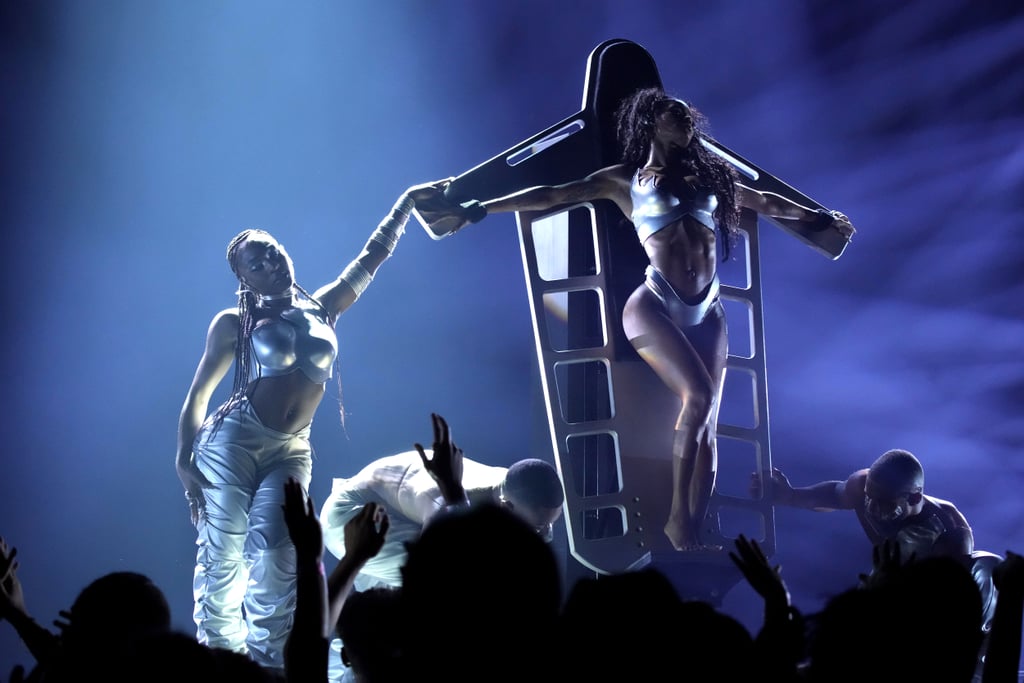 Teyena Taylor had the best seat in the house at the 2021 MTV Video Music Awards. The singer and dancer made an unexpected appearance during Normani's elaborately choreographed performance of "Wild Side," which ended with Normani performing a gravity-defying lap dance to a strapped-down Taylor. The viral moment appeared to be an homage to Janet Jackson, who famously offered a similar routine to various lucky audience members at her 2001 All For You Tour, specifically as she performed the song "Would You Mind." Following the performance, Teyana promptly tweeted, "Surpriseeeeeee." Watch back the truly wild award show moment ahead.

Tiffany & Co.
Beyoncé's Cover of "Moon River" Will Give Your Goosebumps
by Kelsey Garcia 5 days ago 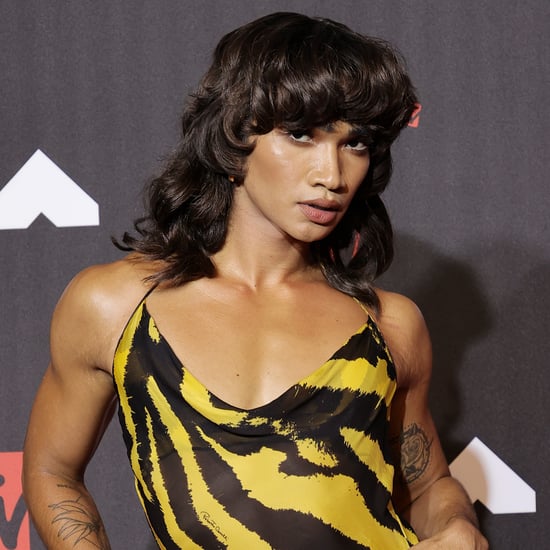 Beauty Trends
Bretman Rock's Mullet at the MTV VMAs Was Chic, but Wait Until You See His Manicure
by Jessica Harrington 5 days ago

SZA
Oh No! SZA's Award-Winning VMAs Night Started by Being *Too* Fashionably Late to the Red Carpet
by Perri Konecky 5 days ago 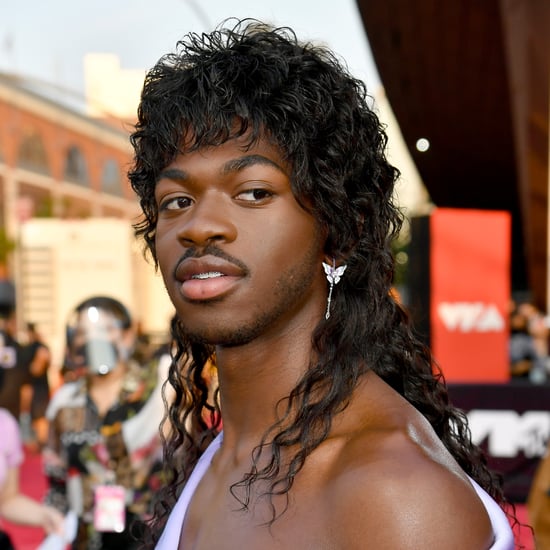 Beauty Trends
The Surprising Haircut Trend That Ruled the MTV VMAs Red Carpet: the Mullet
by Jessica Harrington 5 days ago