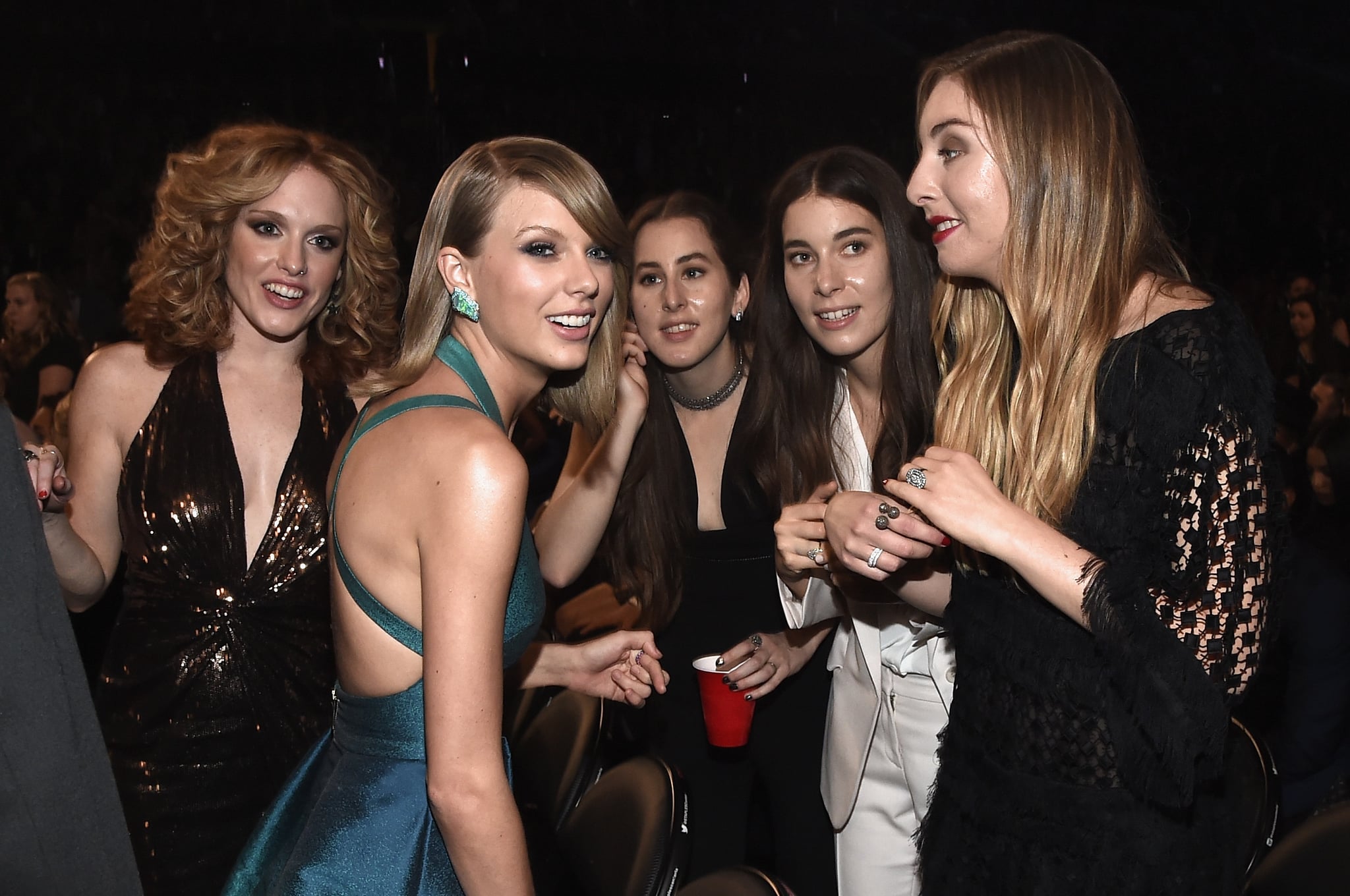 The crowd at Haim's July 21 London show were given a special treat as the band brought Taylor Swift on stage. The 32-year-old, who was dressed in the same Louis Vuitton leather pants as the rest of the band, performed a mashup of her song "Love Story" with Haim's hit "Gasoline."

The group, consisting of sisters Danielle, Alana, and Este Haim, have been wowing crowds on their One More Haim Tour this summer. During the show at London's O2 Arena, they stopped midway through a song before Alana made an announcement. "Wait, you guys. We're in London — we can't play London without bringing out a special guest," she said. "Because not only is this person that I'm about to bring out the most incredible singer, songwriter, producer, f*cking amazing person all around, she's one of our close friends."

Swift then appeared on the stage as the crowd went wild. Telling the cheering audience that her appearance had been a plan to get them singing "the loudest you have sung all night," the incredible mashup began. And fans were quick to post their love, shock, and adoration for the extra performance on social media.

One Twitter user hilariously wrote: "I got married this year but this evening I'm going to have to break it to my husband that witnessing the @taylorswift13 @HAIMtheband love story/gasoline mashup live was in fact the highlight of my 2022." Another posted: "Taylor Swift just walked out on stage at the O2 with Haim. Girlfriend is in meltdown."

Swift's friendship with Haim has stood the test of time. Haim opened for Swift's "1989" tour in 2015, and they also collaborated on the track "No Body, No Crime" on Swift's 2020 album "Evermore."

Swift also poked fun at her stage costume over on TikTok. Posting a video of them all backstage getting dressed in the same black crop tops and pants to the children's song "Copycat" further cemented that their friendship really is solid.

This surprise guest appearance follows Olivia Rodrigo bringing out Natalie Imbruglia earlier this month at her London show, too. With Swift now owning a London townhouse with British boyfriend Joe Alwyn, we're hoping to see a lot more of her.

by Amanda Prahl 17 hours ago

by Chandler Plante 21 hours ago