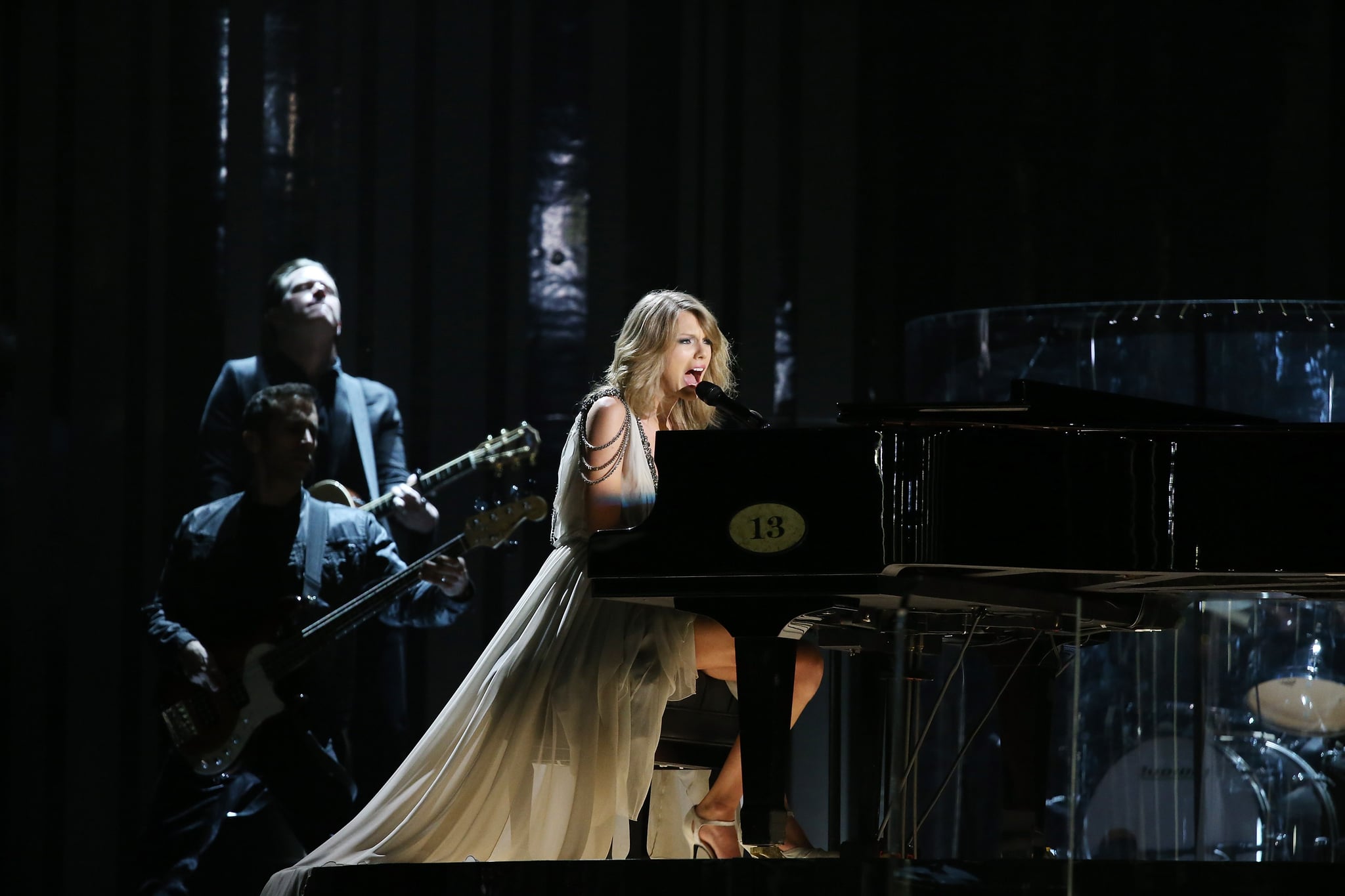 Any Swiftie worth their salt knows that one of Taylor Swift's superpowers is her genius songwriting, and Red's "All Too Well" — a widely beloved track five song — is unquestionably one of her most monumental lyrical feats. When announcing her upcoming re-recorded album Red (Taylor's Version), Taylor hinted that she will include the 10-minute version of "All Too Well" that didn't make the cut on the original album. The 10-minute "All Too Well" is the stuff of Swiftian dreams, fantasies even, as fans have spent almost a decade wondering what else Taylor had to say to the boy who was so "casually cruel."

It's not a mystery that the track was allegedly written about Jake Gyllenhaal, who Taylor dated from Oct. 2010 to Jan. 2011. When "All Too Well" first dropped in 2012, Jake, his sister Maggie Gyllenhaal, and one of Taylor's scarves became topics of intense public fascination. So we're pretty confident we know who the song is about, but what exactly is "All Too Well" about? Here's a thorough lyrical breakdown of this songwriting masterpiece — just be warned that listening to "All Too Well" on repeat has been known to cause heartbreak by proxy and a desperate yearning for autumn foliage.

The song begins with the lyrics, "I walked through the door with you, the air was cold/But something 'bout it felt like home somehow." We get an image of Taylor and her lover going through a door together, which is also a metaphor for starting a relationship. Practically speaking, the cold air makes sense for the song's autumn setting, though it also represents the unfamiliar, as the pair transitioned from strangers to lovers. The following line mentions the infamous scarf that Taylor leaves behind while visiting her partner's sister — in this case, Maggie, who unfortunately has no idea what happened to the scarf.

The first verse gives us glimpses into the history of their relationship as Taylor reflects on memories of "getting lost upstate" and "autumn leaves falling." Fall is the ballad's literal setting, but it also symbolizes the passionate yet fleeting relationship. As Taylor sings in "Red," the title track of the same album and a companion song to "All Too Well," loving that person was like "the colors in autumn, so bright, just before they lose it all."

Building up to the chorus, Taylor reveals her feelings as she reflects back on the memories of her relationship, sining that she "might be OK," but she's "not fine at all." In the chorus, she shows where she got the song's title, repeating "I remember it all too well," which suggests that even though she wants to forget the relationship and move on, she can't shake off the vivid memories. Following the chorus, there's a verse about Taylor visiting her partner's family. She says, "We're singing in the car, getting lost upstate." This further points to Jake as the man she's singing about, since Jake himself claimed on Ellen that he always brings people to his mother's house on first dates.

When we get to the bridge, Taylor's bittersweet tone shifts gears into more unbridled anger — she is the queen of bridges, after all. Taylor wonders if maybe they "got lost in translation" (a potential reference to the Sofia Coppola film, Lost in Translation) or maybe she "asked for too much." Ultimately, she decides that it was her partner's fault, that maybe their relationship was actually "a masterpiece" until he "tore it all up." Then comes the lines that Taylor herself is most proud of: "And you call me up again just to break me like a promise/so casually cruel in the name of being honest." Many speculate that Taylor is referring to the same call she mentions in "The Moment I Knew," in which she details a lover who doesn't show up to her birthday party. And guess who notably did not show up for her 21st birthday party? You guessed it: Jake.

As the song winds down, Taylor sings about struggling to find herself again after the breakup. She details how her former lover mails back her things except for her scarf, singing, "'Cause it reminds you of innocence, and it smells like me." This line suggests that Taylor isn't the only person processing the relationship — he is too. She emphasizes this feeling of mutual mourning and struggling to move on towards the end, saying that her ex-lover also remembers it all too well.

As grateful as we are to Taylor for blessing us with the original "All Too Well" and the impending 10-minute version, we're probably not ready for the emotional annihilation (and maybe tea spilling) that's bound to happen when Red (Taylor's Version) comes out. For now, we've got five minutes and 27 seconds of pure Swiftian artistry to enjoy, so we'll be over here listening on repeat. Read the full lyrics below:

I walked through the door with you

The air was cold

And I, left my scarf there at your sister's house

And you've still got it in your drawer even now

And my wide-eyed gaze

We're singing in the car, getting lost upstate

And I can picture it after all these days

And I might be okay but I'm not fine at all

'Cause there we are again on that little town street

Wind in my hair, I was there

I remember it all too well

Photo album on the counter

Your cheeks were turning red

You told me 'bout your past thinking your future was me

'Cause there we are again in the middle of the night

We're dancing 'round the kitchen in the refrigerator light

Down the stairs, I was there

I remember it all too well, yeah

And maybe we got lost in translation

Maybe I asked for too much

Running scared, I was there

I remember it all too well

So casually cruel in the name of being honest

I'm a crumpled up piece of paper lying here

'Cause I remember it all, all, all

Time won't fly, it's like I'm paralyzed by it

But I'm still trying to find it

Now you mail back my things and I walk home alone

But you keep my old scarf from that very first week

'Cause it reminds you of innocence

You can't get rid of it

'Cause you remember it all too well, yeah

'Cause there we are again when I loved you so

Back before you lost the one real thing you've ever known

It was rare, I was there, I remember it all too well

Wind in my hair, you were there, you remember it all

Down the stairs, you were there, you remember it all

It was rare, I was there, I remember it all too well