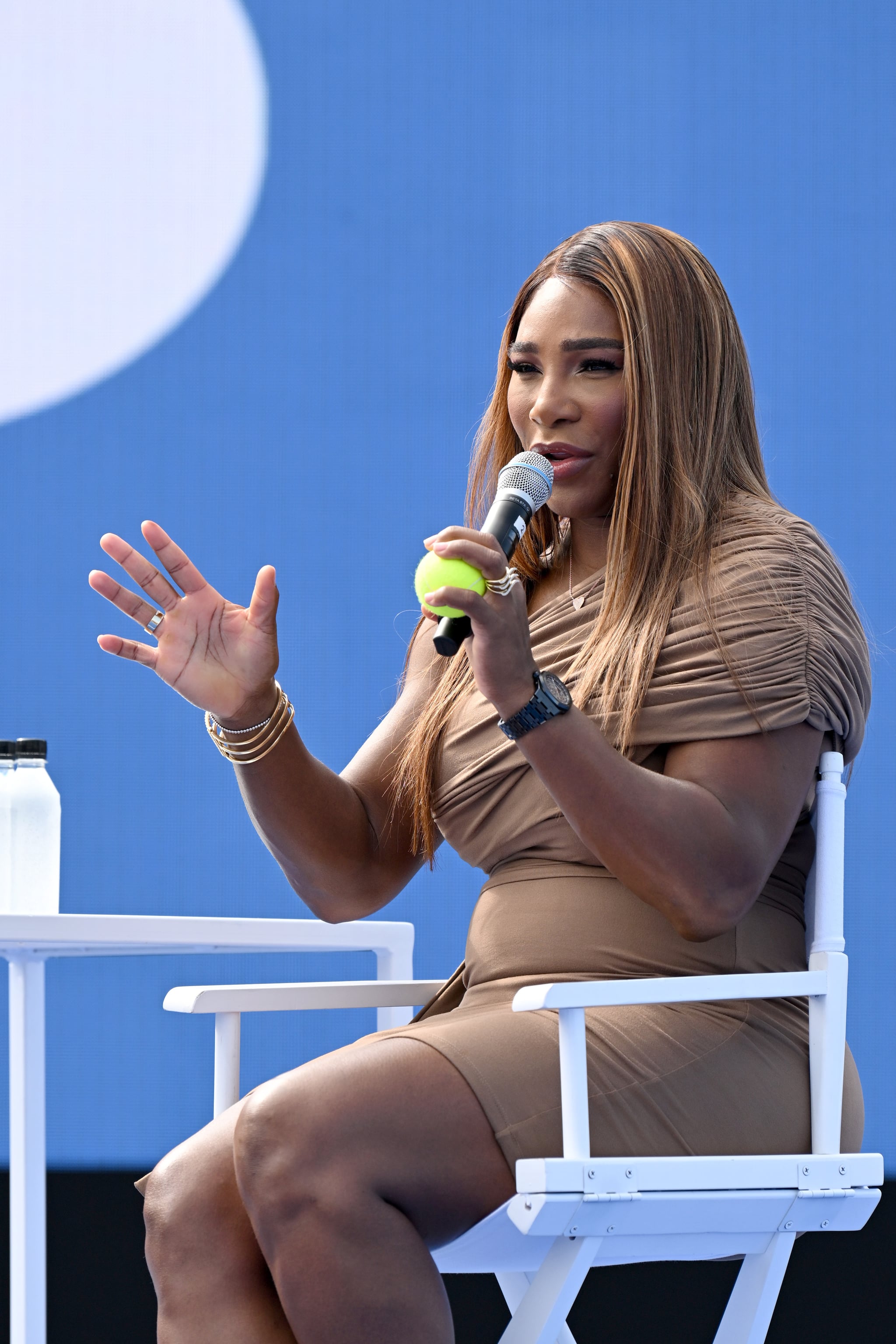 Serena Williams's children's book is almost here. In a Sept. 14 interview on "Good Morning America," the tennis icon spoke about "The Adventures of Qai Qai," her children's book based on her daughter Olympia's doll of the same name.

Williams said that the book, which she conceptualized "during COVID," is "really just about using her imagination because kids have such an amazing imagination."

"We just wanted to really just put in people's minds that we can't forget how important it is to just use your imagination and play and also believe in yourself," she said. "So there's some really cool hidden messages in there about self-confidence and that you can do it and also just going back to the art of just being a kid."

The art, which was created by artist Yesenia Moises, was also intentional. "When I saw the illustration, I said, 'Listen, I really want it to represent a Black girl,' because I thought it was really important — the reason Qai Qai came [about was] because I was looking for a Black doll and I just wanted it to be something really authentic that represented who we are — our hair, and like everything and the texture," Williams said. "And I thought she did a wonderful job with getting that across, even with the mom and the dad."

The book has a particularly special meaning for Williams's 5-year-old daughter, whom she shares with husband Alexis Ohanian. "Olympia thinks it's her in the book," Williams said during her "Good Morning America" appearance. "And she thinks the dad is my husband, and it's quite funny because I'm like, it's not us although it's heavily [inspired]. I don't want it to go to her head!"

Williams, who announced her retirement from tennis in August, first introduced the world to Qai Qai when she made an Instagram for her daughter's doll in 2018. The account went viral, and today, Qai Qai has 3.7 million followers on TikTok.

She first announced the book in December 2021, releasing a statement that read, "Qai Qai is a special member of our family and we hope The Adventures of Qai Qai will give others a new way to welcome Qai Qai into their own home," per People.

"The Adventures of Qai Qai" will be released on Sept. 27.

Books
The 2023 POPSUGAR Reading Challenge Is Here!
by Jada Gomez 1 day ago