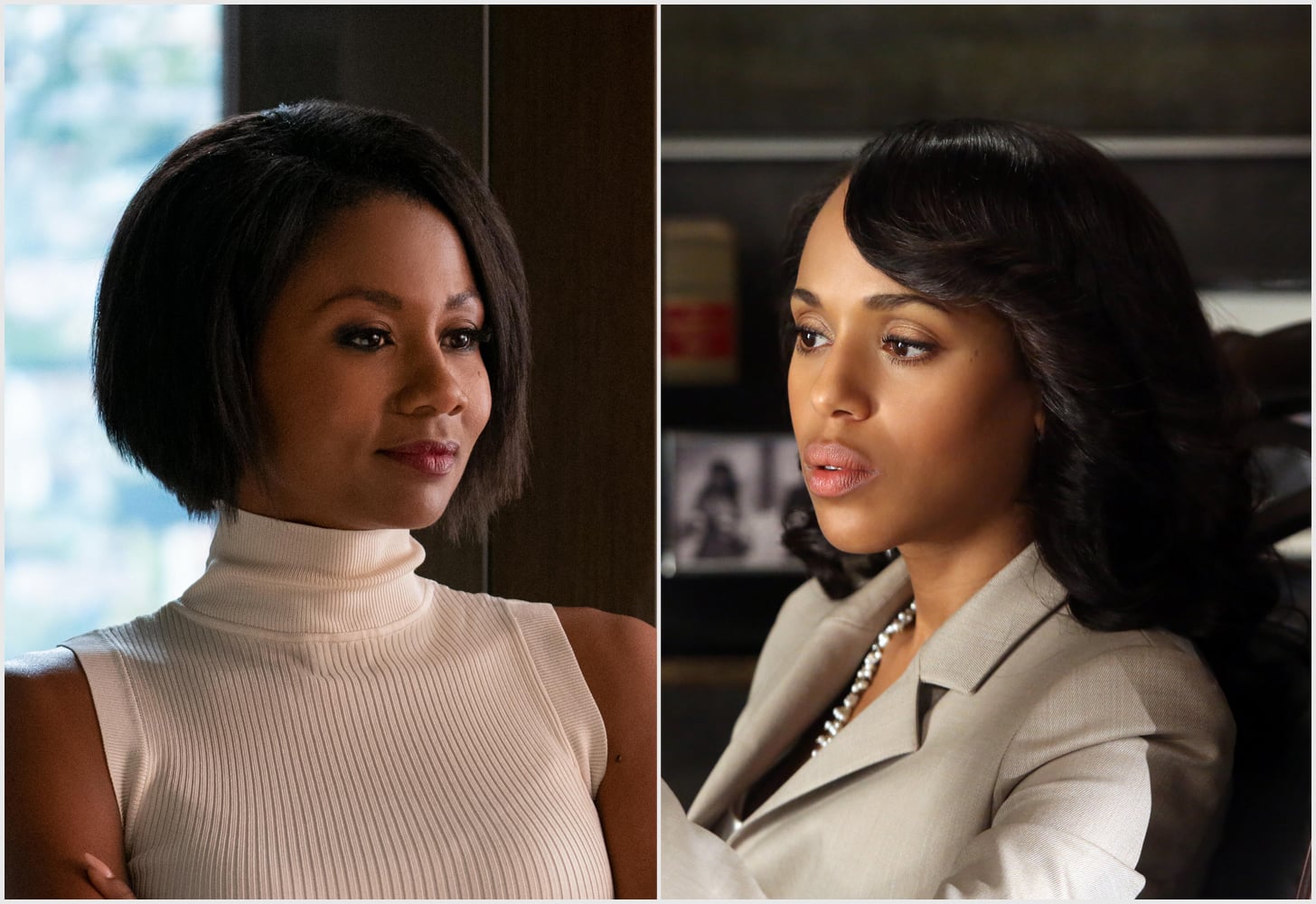 "The biggest piece of advice that Kerry gave me was to make sure I took my vitamins at the start of the show."

It's been a while since we've seen a Black woman protagonist lead a mainstream legal drama. Most memorably, Viola Davis's Annalise Keating in "How to Get Away With Murder" helped pave the way for others like her. But others like Washington's Olivia Pope from "Scandal" and Taraji P. Henson's Cookie Lyon from "Empire" have also contributed to the rise of the archetype that's spread across TV genres.

Leading a TV series is by no means an easy feat. The revolution spurred by the aforementioned has led to a myriad of beloved shows with celebrated Black woman leads — including "Insecure," "Harlem," "Run the World," "A Black Lady Sketch Show," and "Queen Sugar" — though it took years for it to come to fruition. However, Corinealdi now has the honor of joining these giants, and she tells POPSUGAR that she enlisted some wise words from Washington — who also directed "Reasonable Doubt"'s pilot episode — to help her prepare.

Related:
The Men of "Reasonable Doubt" on Having "Fully Realized" Roles: Everyone Gets "a Chance to Eat"

"The biggest piece of advice that Kerry gave me was to make sure I took my vitamins at the start of the show," she jokes, "because this was going to be long days and all of that, but Kerry really serves as a fantastic support system throughout. Her having the experience, obviously, as the Kerry Washington we know as an actor, she brought all of that to directing the pilot, and it really informed everything that I did. She just had such a thoughtful approach to directing that made it a really lovely experience to have. That was my favorite part, Kerry really was such a joy to work with."

Corinealdi isn't the only one who had great things to say about Washington's contributions to "Reasonable Doubt." Thomas, who portrays Brayden, tells POPSUGAR that he admires what the former "Scandal" star has accomplished both on and off screen.

"Kerry Washington is very, very involved in her community, involved politically, and she talks a lot about women getting equal opportunities," he says. "To see her actually put that into full practice and full force on a production of her own was astonishing to me . . . I have so much admiration for Kerry for basically putting her money where her mouth is and empowering all these women in front of and behind the camera to be all that they can be in every single way."

The first two episodes of "Reasonable Doubt" are now streaming on Hulu.