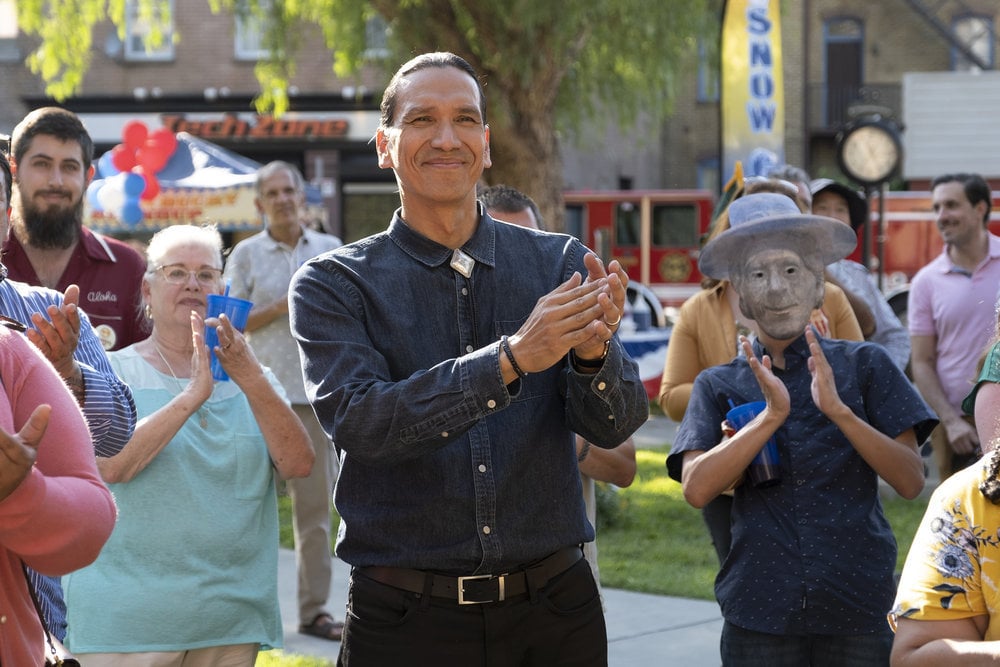 The series stars Lakota actor Jana Schmieding and Nêhiyaw actor Michael Greyeyes in main roles, with Kanien'kehá:ka actor Kawennáhere Devery Jacobs, Sisseton-Wahpeton Dakota actor Bobby Wilson, and Mohawk actor Kiawentiio as recurring characters. Not only are Indigenous people front and center, cocreator Teller Ornelas, who is Navajo, ensured that there was authentic representation in the writers' room; five of the show's nine main writers are Indigenous.

"We were very fortunate to show Native people as complex people who have multiple points of view," Teller Ornelas previously told Variety. "We hired Native people specifically from different regions of the country. Each nation has its own religion, its own government, its own sovereignty. So [the room rule was], if it made all five of us laugh or if it was a conversation all five of us wanted to have, then it went into the show."