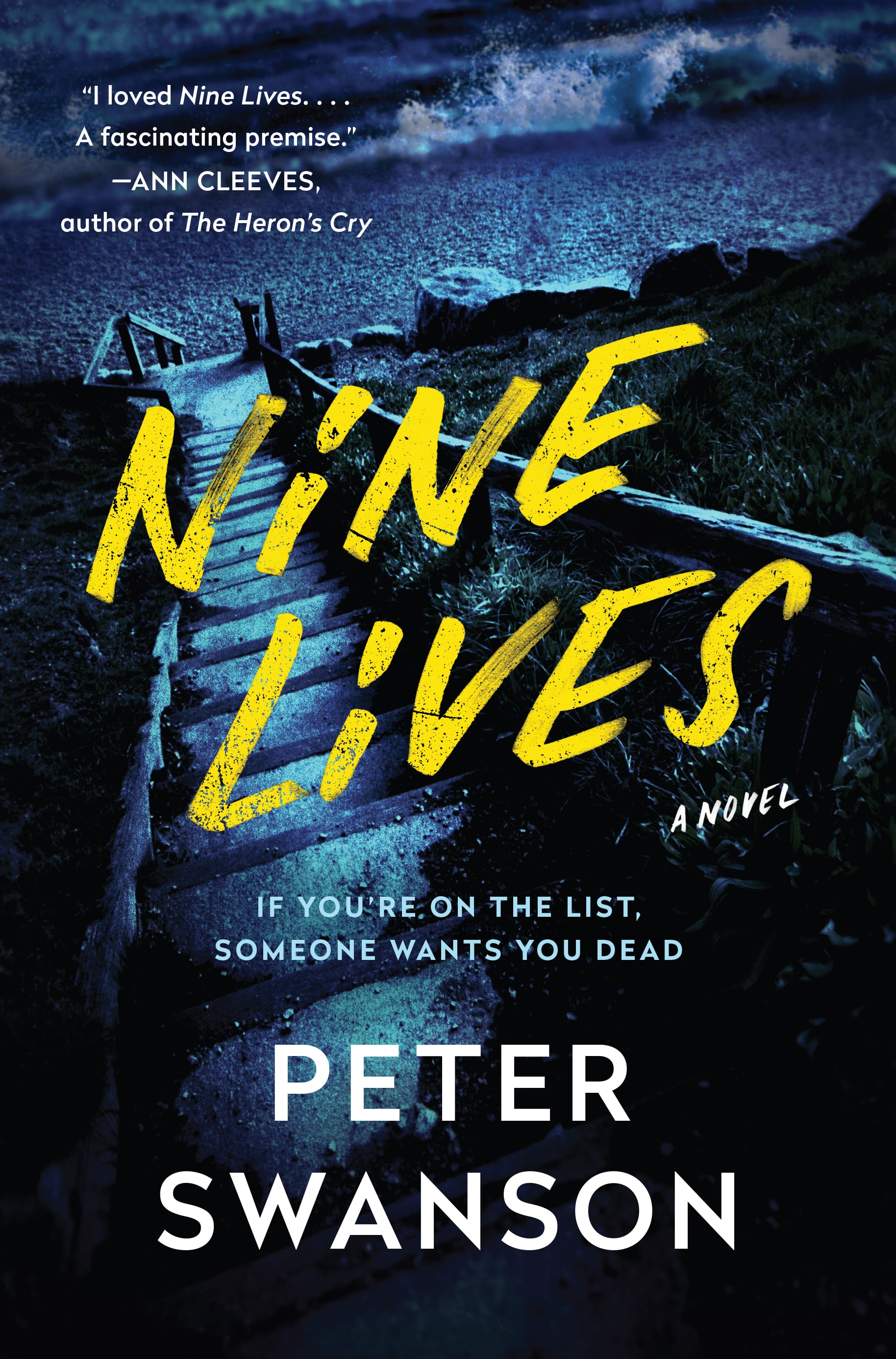 New York Times bestselling thriller author Peter Swanson is continually praised for his encyclopedic knowledge of mysteries and his virtuosic execution of the craft. He playfully ups the ante with a different homage in each new release, exploring a different element of the genre's world. In his New York Times bestseller "Eight Perfect Murders," he pays tribute to literary legends Agatha Christie, Patricia Highsmith, Ira Levin, and more, diving deep into their tropes to come up for air with something fully new and enthralling. In his forthcoming thriller published by HarperCollins Publishers's imprint William Morrow, "Nine Lives" ($22), he turns his lens to Christie's "And Then There Were None" to produce an entirely fresh, riveting, and obsession-worthy story of nine strangers who receive a cryptic list with their names on it — and then begin to die in highly unusual circumstances. It's perfectly Peter Swanson.

Nine strangers receive a list with their names on it in the mail. Nothing else, just a list of names on a single sheet of paper. None of the nine people know or have ever met the others on the list. They dismiss it as junk mail, a fluke — until very, very bad things begin happening to people on the list. First, a well-liked old man is drowned on a beach in the small town of Kennewick, ME. Then a father is shot in the back while running through his quiet neighborhood in suburban Massachusetts. A frightening pattern is emerging, but what do these nine people have in common? Their professions range from oncology nurse to aspiring actor, and they're located all over the country. So why are they all on the list, and who sent it?

FBI agent Jessica Winslow, who is on the list herself, is determined to find out. Could there be some dark secret that binds them all together? Or is this the work of a murderous madman? As the mysterious sender stalks these nine strangers, they find themselves constantly looking over their shoulders, wondering who will be crossed off next . . .

The novel comes out March 15th, but you don't have to wait until then to start reading. Read the first two chapters of this exclusive excerpt here.

Jonathan Grant, unless he let her know ahead of time that he couldn't make it, always visited on Wednes- day evening. His wife had a standing "girls' night
out" on Wednesdays—occasionally in the city, but usually in New Jersey—so Jonathan would leave the office by five and be at Alison's one-bedroom apartment in Gramercy Park by five-thirty at the latest.

Alison Horne was ready when the doorman buzzed up to let her know Jonathan was on his way.

She met him at the door, and he presented her with a bottle of Sancerre, a Bulgari scarf she didn't think she'd ever wear, and that day's mail that he'd picked up from the doorman. She started to flip through the mail, but he stopped her and led her to the bedroom. She was in a white satin robe—it was how he liked to be greeted—and she slid back onto her bed while he undressed. He looked great for a man in his early seventies, full head of hair, fairly trim, but the muscles in his chest and arms were beginning to sag. He slid next to her on the bed, already erect, and with the red mottled skin on his face and neck that was a telltale sign he'd taken some kind of ED pill as soon as he left the office. Sometimes he took it just after he arrived, in which case they'd drink the bottle of wine first while the pill kicked in.

Afterward, while Jonathan dozed, Alison took her second shower of the day, then dressed as though they were going to go out for dinner later, although that hadn't been confirmed. She opened the wine and poured herself a glass, then looked through her mail. Two catalogues, an Amex bill, and an envelope with no return address. She opened it, curious, and pulled out a single folded sheet of paper, and stared at a list of names.

She frowned and pressed the sheet of paper flat onto the coffee table, telling herself that she'd show it to Jonathan. A shiver went over her skin, and she shook out her limbs to make it stop. There was something vaguely threatening about receiving a list of names with no explanation. It occurred to her that it just might have something to do with Jonathan, currently dozing in her bedroom. Although she knew relatively little about him, considering the time they spent together, she did know that he had a lot of money. And people who have money usually have enemies. It made her wonder if he would recognize any of the names on the list, besides hers.

He emerged from the bedroom fully dressed, accepted a glass of wine, then looked at the sheet of paper Alison handed to him. "This mean anything to you?" she asked.
He shook his head.

He handed the list back to Alison. She asked: "We going to dinner?"

"I would if I could, but I got roped into dinner uptown with some hedge fund guys. Sorry, Al."

She shrugged. When they'd first begun this relationship — a year and a half ago — she used to make a fuss when he had to leave her. She did it for him, mostly, till she realized that he didn't need those kinds of reassurances. He was in it for the sex and the company, and she was in it for the money, and, she supposed, the sex. Before he left, he gave her a pre-paid Visa card, telling her it was an anniversary gift, in case she didn't like the scarf.

"How much is on it?" she asked. Again, something she would never have asked when they were first together.

"I'll let you be surprised. Don't try to buy a car with it, though."

After he left, Alison Horne called her best friend, Doug, and asked if he'd like to have dinner that night. On her.

It was the most interesting piece of mail that Arthur Kruse, having just returned from physical therapy, received that morning.

He opened the envelope, not expecting anything of note, and was surprised to find a short list of names, including his. He didn't recognize any of the other people on the list.

There were three hours in the day before Arthur was due for his shift as an oncology nurse at Cooley Dickinson Hospital in Northampton. He'd just begun reading A World Lit Only by Fire by William Manchester. Since reading A Distant Mirror over the summer, he'd found he didn't want to leave the Middle Ages. Something about those past lives, the constant suffering, the search for God, acted as the only balm to Arthur's state of mind since the car accident, nearly a year ago, that took the life of his husband, Richard, their cocker spaniel, Misty, and most of the function of Arthur's left leg. He couldn't quite believe it had been a whole year. Joan, his minister—and Arthur's closest friend—told him it would be at least two years until he began to feel some semblance of normality, of happiness, of a return to his life, but Arthur wondered. The past endless year felt like it was just going to be repeated ad infinitum. Nothing helped. That wasn't entirely true. Medieval history helped. He gingerly slid into his reading chair and picked up where he'd left off in Manchester's book, not nearly as good as Tuchman's. He read two pages, then drifted off, waking an hour before he had to be at the hospital.

His leg was always at its worst after midday napping, and he found himself limping to the kitchen to put on hot water for a cup of tea. While waiting for the water to boil, he looked out the window over his sink and caught a glimpse of the fox—the one he'd named Reynard—skirting the edge of his property. It was moving fast, and just before it ducked into the trees, it turned its head and Arthur thought he saw something—a small rodent maybe—in its jaws. It inexplicably made Arthur happy for the moment. The last time he'd seen Reynard he'd been worried about how skinny and ragged he looked.

The day was overcast, and the willow tree down by the brook had just begun to exhibit a yellowish cast. He drank the tea at his computer and thought of the list he'd gotten in the mail. What had it meant? Some strange automatic mailing, a computer screwing up somewhere in the middle of the country and sending out some random names. It was a possibility. Ever since Richard's passing he'd taken to giving small amounts of money to multiple charities, ensuring that his name was on about a hundred different mailing lists, probably specified as an "easy touch." That was okay. There were worse things to be, and getting mail was actually something he looked forward to. He'd been one of those children who sent away for catalogues just to receive them, until his father found out and put a stop to it.

He finished his tea, returned an email to Joan to let her know he was available to do the flowers for church that Sunday, and prepared to go to work. 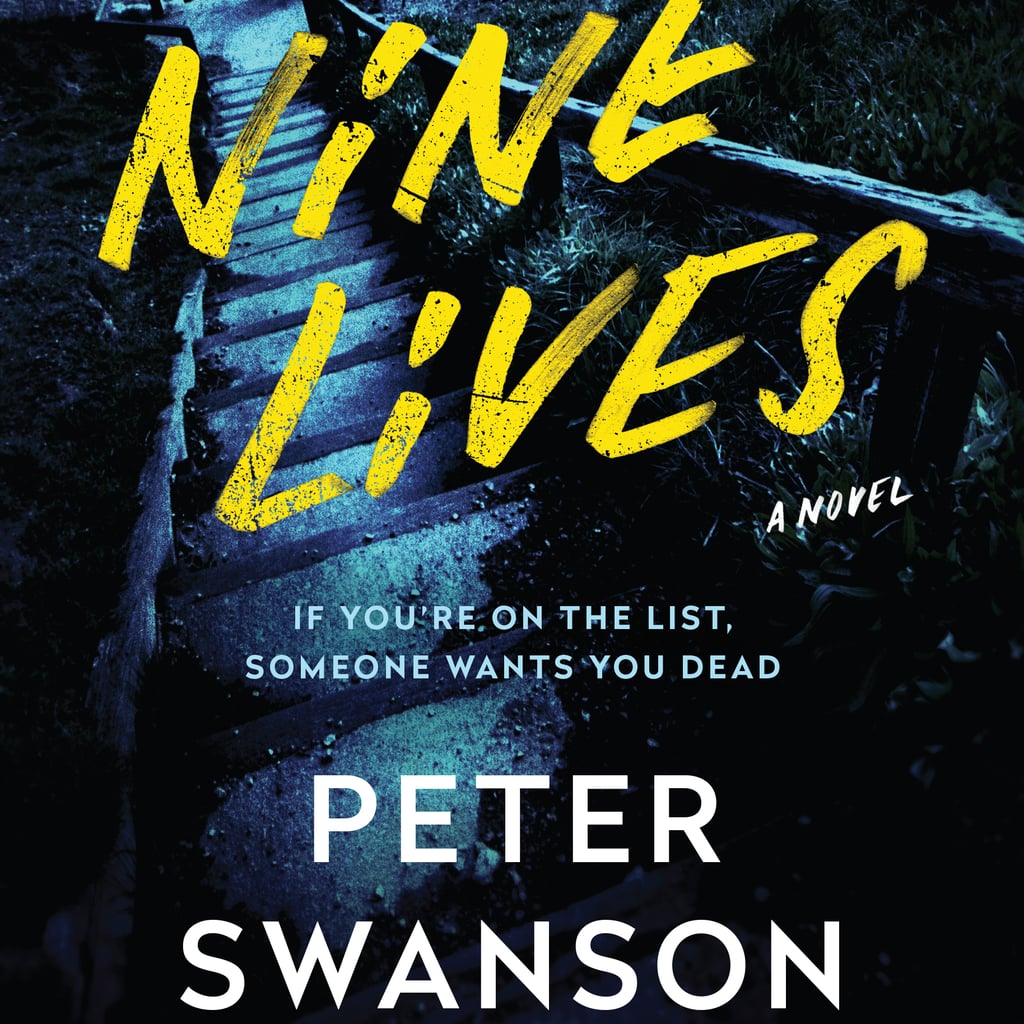 Elliot Page
Elliot Page's New Memoir Is a Pivotal Win For the Trans Community: "It Didn't Feel Possible"
by Chanel Vargas 3 days ago

Books
The 2023 POPSUGAR Reading Challenge Is Here!
by Jada Gomez 1 week ago

Identity
What If We Start Loving Like It's Infinite? An Interview With a Relationship Anarchist
by Melanie Whyte 3 weeks ago 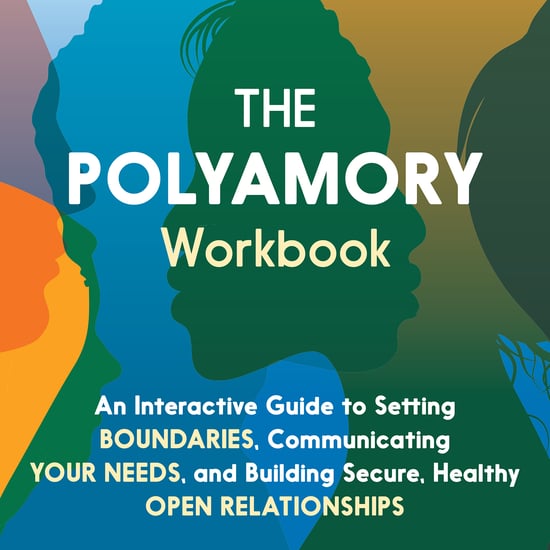 Polyamory
Polyamory Isn't About Endless, Hot Sex — It's About Community
by Sara Youngblood Gregory 3 weeks ago