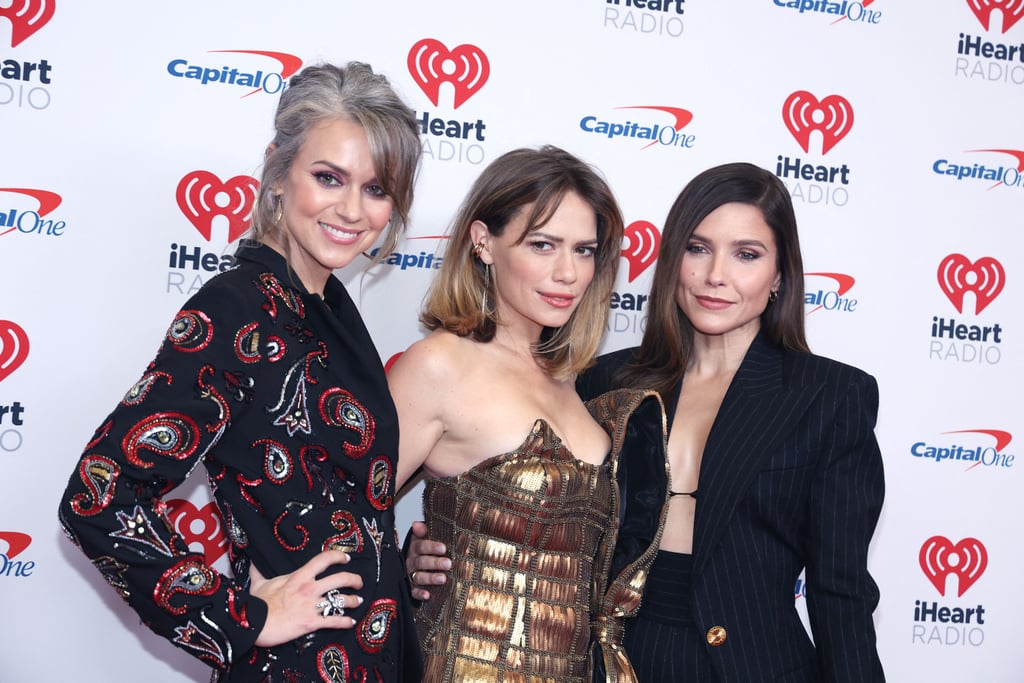 The ladies of "One Tree Hill" are back on the red carpet almost two decades later. Hilarie Burton, Bethany Joy Lenz, and Sophia Bush, who played Peyton Sawyer, Haley James, and Brooke Davis respectively on the aughts show, joined together at the iHeartRadio Music Festival in Las Vegas over the weekend. The trio smiled arm in arm on Sept. 23 before introducing Pat Benatar and Neil Giraldo as performers at the annual event. Burton wore a sleek black pantsuit covered in sequins; Lenz, a gold bow minidress; and Bush rocked a pinstripe suit.

As cohosts of "Drama Queens," a weekly "One Tree Hill" rewatch podcast, the actors have spent plenty of time together over the years, but this appearance marks the first time the three have posed on the same red carpet since 2005. In fact, Bush and Burton recently hung out in New York City, where they wore matching white power suits. Earlier this year, in March, the three actors also reunited on screen, with Burton and Lenz making cameos on Bush's CBS show, "Good Sam."