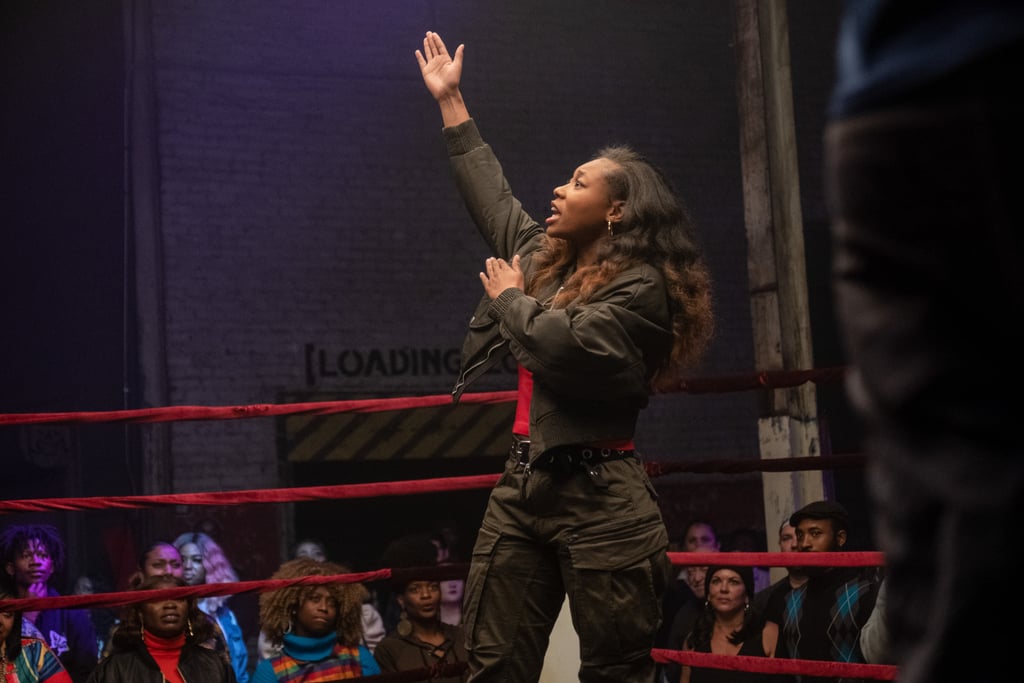 A hip-hop coming-of-age tale is heading to Paramount+ in September, and we finally have a closer look at the upcoming movie. "On the Come Up," an adaptation of Angie Thomas's New York Times bestselling novel of the same name, is billed as a "love letter to hip-hop" that follows a young girl, Bri (Jamila C. Gray), and her dream to take the battle-rap scene by storm.

To honor the legacy of her late father — an underground hip-hop legend killed by gang violence — Bri tries to pick up where he left off after her first hit goes viral "for all the wrong reasons." In an effort to give her family a better life, she'll find herself torn between staying true to who she is and conforming to a "false gangsta role" that the music industry is forcing on her.

A 30-second teaser trailer for the film premiered during this year's BET Awards, and the full two-minute trailer, which arrived on Aug. 28 during the 2022 MTV VMAs, offers an in-depth look of the inspiring, star-studded music story.

"On the Come Up" marks Sanaa Lathan's directorial debut and Thomas's second book-to-movie adaptation following "The Hate U Give." The forthcoming project has been added to the 2022 Toronto International Film Festival bill, where it'll make its world premiere.

Read ahead for everything we know about "On the Come Up," including the cast, trailer, and release date.

Marsai Martin
Kelly Rowland and Marsai Martin Trade Advice on Being Young, Gifted, and Black
by Njera Perkins 6 days ago