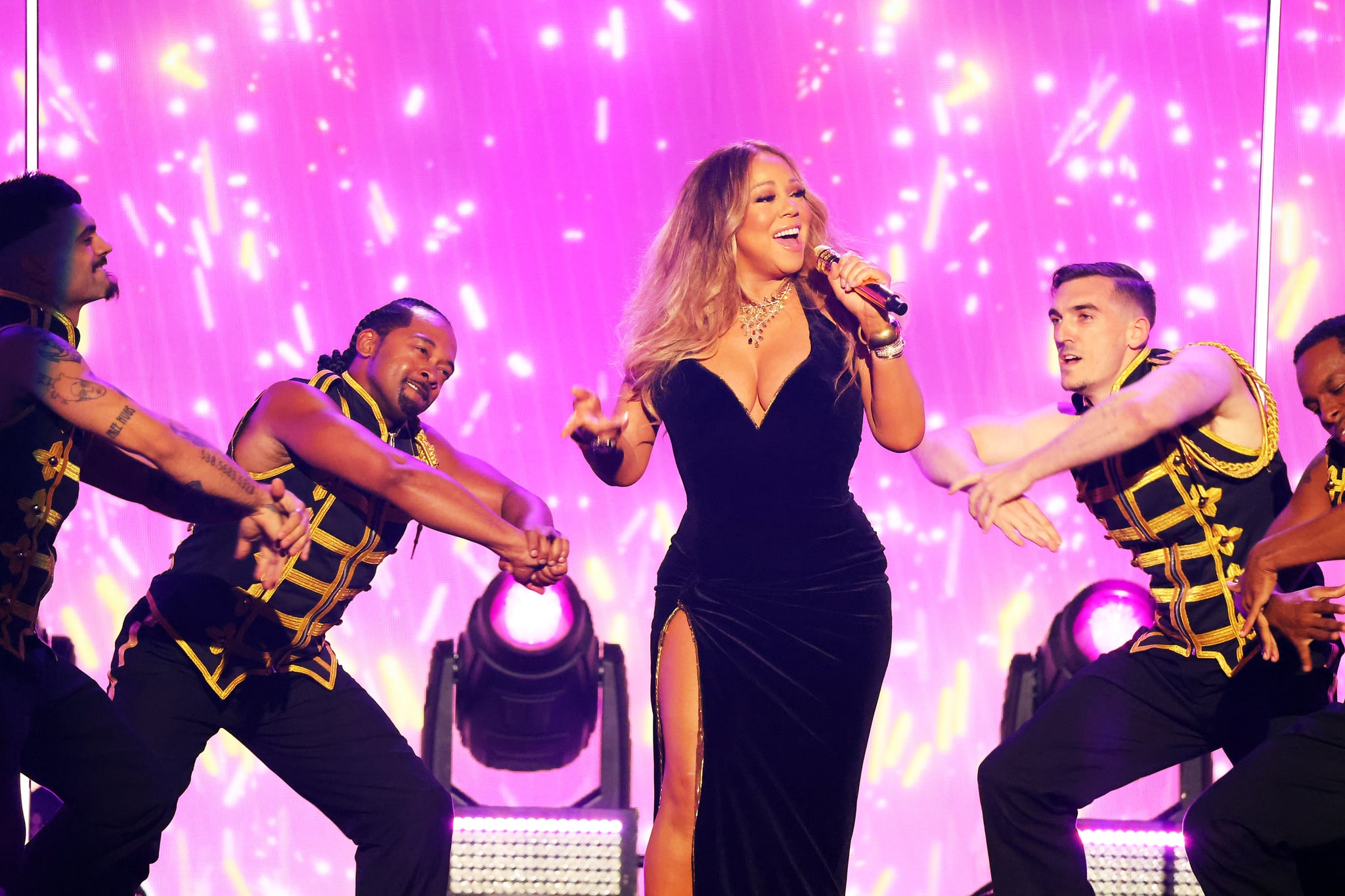 Mariah Carey wants to trademark the title "Queen of Christmas," but a few other reigning holiday icons think she's going too far with the legal effort.

The drama began when Carey, known for her iconic single "All I Want For Christmas Is You," filed for the trademark in March 2021, though the filing only became public on July 12, per the trademark application, which is viewable online. It would apply to a wide range of goods, from fragrances to jewelry, glassware, clothing, and (unsurprisingly) Christmas ornaments.

In response, Elizabeth Chan, who only sings Christmas music and whose most recent album was called "The Queen of Christmas," spoke out strongly against Carey's efforts. "Christmas has come way before any of us on earth, and hopefully will be around way after any of us on earth," she said to Variety on Aug. 15. "And I feel very strongly that no one person should hold onto anything around Christmas or monopolize it in the way that Mariah seeks to in perpetuity. That's just not the right thing to do. Christmas is for everyone. It's meant to be shared; it's not meant to be owned."

Chan went on to further critique Carey: "It's not just about the music business," she said. "She's trying to trademark this in every imaginable way — clothing, liquor products, masks, dog collars — it's all over the map. If you knit a 'queen of Christmas' sweater, you should be able to sell it on Etsy to somebody else so they can buy it for their grandma. It's crazy — it would have that breadth of registration." (Carey's trademark, if approved, would only apply to the classes of goods specified in the application.)

Chan is asking that the United States Patent and Trademark Office (USPTO) reject Carey's request, a rep for Chan told POPSUGAR, and filed a formal opposition on Aug. 11. "Nobody should own Christmas," she shared in a statement, per the rep. "Christmas is meant to be shared and is for everyone. All I want is the right to continue working and continue my legacy in Christmas music because it's what I love. I have dedicated more than a decade of my life to writing and producing only Christmas music. The title of 'Queen of Christmas' has been bestowed upon me because of that reason. Others such as Brenda Lee and Darlene Love have also shared the title. Anyone who isn't even born yet — they should be free to be called that, as long as there is Christmas." Carey is required to respond to the opposition or withdraw her trademark by Sept. 20. Regardless, Carey's application will need to be reviewed and approved by the USPTO.

Fellow Christmas music maven Darlene Love also took issue with Carey's attempt. "Is it true that Mariah Carey trademarked 'Queen of Christmas'?" Love wrote in an Aug. 15 Facebook post. "What does that mean, that I can't use that title? David Letterman officially declared me the Queen of Christmas 29 years ago, a year before she released 'All I Want for Christmas Is You,' and at 81 years of age I'm NOT changing anything. I've been in the business for 52 years, have earned it and can still hit those notes! If Mariah has a problem call David or my lawyer!!" Love has been associated with Christmas music for decades, singing several songs on the classic 1963 Christmas album "A Christmas Gift For You From Phil Spector" and appearing every year on "Late Night With David Letterman" to sing "Christmas (Baby Please Come Home)" between 1986 and 2014.

Carey herself has even denounced the title "Queen of Christmas" before, so it's not clear where her sudden move to trademark the term came from. "That was other people, and I just want to humbly say that I don't consider myself that," Carey told the BBC's "The Zoe Ball Breakfast Show" regarding the title back in 2021. "'I'm someone that loves Christmas, that happened to be blessed to write 'All I Want For Christmas Is You.' And a lot of other Christmas songs. And let's face it, you know, everybody's faith is what it is. But to me, Mary is the Queen of Christmas."

Reps for Carey and Love did not immediately respond to POPSUGAR's requests for comment, and Carey has not yet publicly addressed the trademark effort.