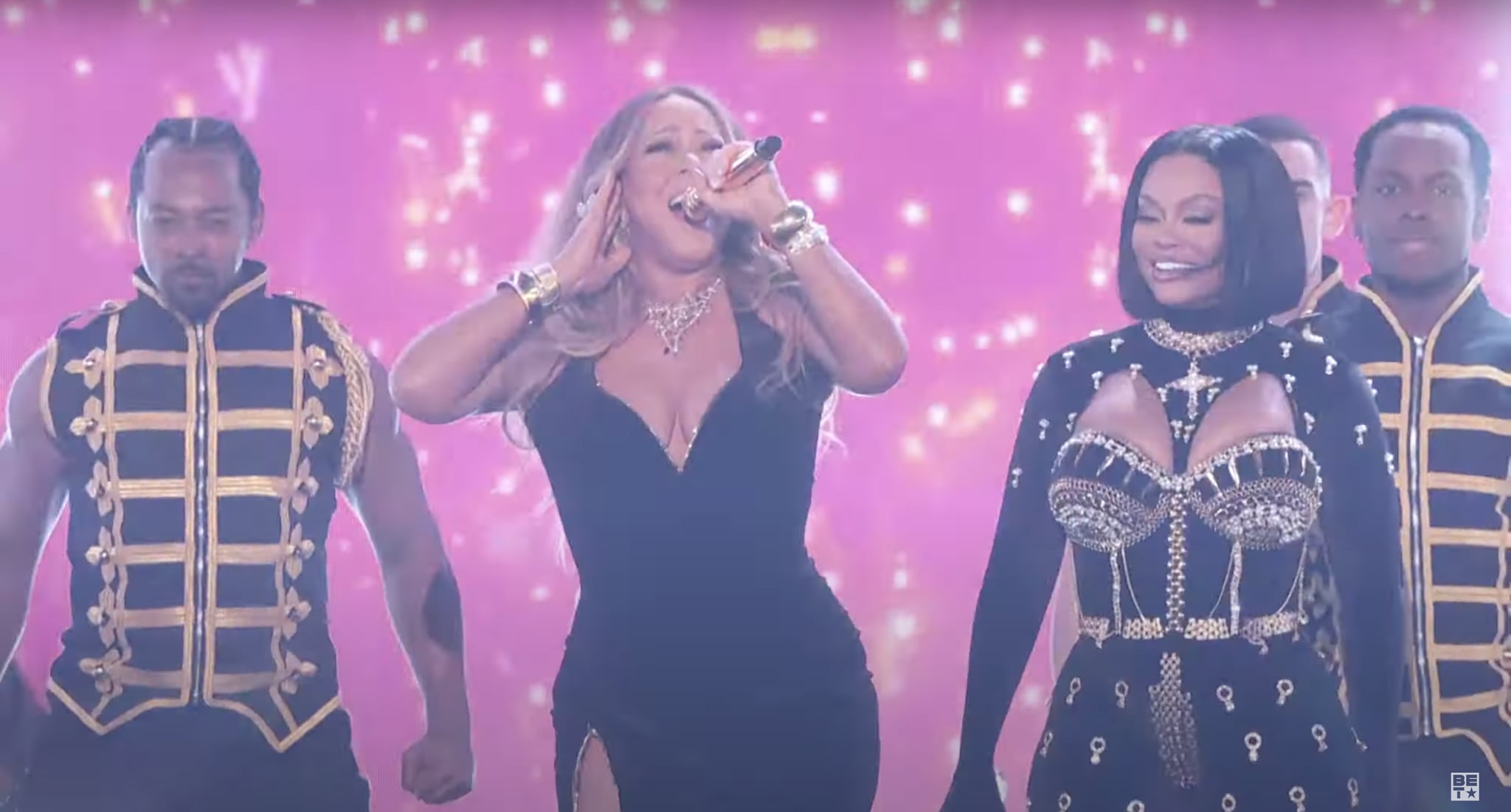 Mariah Carey made a special surprise appearance at the BET Awards on June 26. Latto performed the remix of her hit song "Big Energy," which features Carey and her hit song "Fantasy." At the end of the performance, Carey was featured in silhouette before she came out on stage to sing the "Fantasy" chorus. For the performance, Latto changed into a black jumpsuit with gold embellishments. Meanwhile, Carey wore a dramatic black gown. Earlier in the evening, Latto took home the best new artist award.

Both Latto's "Big Energy" and Carey's "Fantasy" heavily sample the same song, "Genius of Love" by Tom Tom Club. "She's such an uplifting spirit," Latto told Variety of working with Carey. She explained, "I'm grateful for the remix and for her vocals — Mariah's a legend — but I'm grateful for the experience that she gave me with this song and all the words of advice."

Latto also told the outlet how the collaboration came together. "When we first started talking about 'Big Energy' remix shortly after the original dropped, of course, off rip I'm like, Mariah. But at the same time, I'm like let's be realistic, so I start thinking of other options because I'm like, I would love Mariah but I could never get that," she said. "Come to find out, she was down to do it, and that alone just blew my mind," Latto said. "But even further than that, she was so dope to work with and such a humble spirit and a refresher in an industry full of madness. She was definitely a breath of fresh air. We've talked on the phone countless times, we've texted back and forth countless times. She's given me so many good conversations and just advice."

Related:
From Diddy to Brandy, Check Out the Best Performances From the 2022 BET Awards