More than three decades after its original publication, Neil Gaiman's beloved comic book series "The Sandman" is finally a series on Netflix. Based on the acclaimed graphic novels by Gaiman, which spanned 75 issues from 1989 to 1996, the live-action adaptation has been a long time coming. The show — which serializes the first two comics in the series, "Preludes & Nocturnes" and "The Doll's House," along with some portions of volume three, "Dream Country" — centers on the immortal entity Morpheus, aka Dream, who wakes up from a century-plus-long slumber orchestrated by dark occultists. He must restore balance in his kingdom, the Dreaming, which has descended into chaos in his absence.

One important character Dream will come into contact with throughout the series is Lucifer, the ruler of Hell. Keep reading for a refresher on Lucifer as "The Sandman" starts streaming on Aug. 5.

Who Is Lucifer in "The Sandman"?

Lucifer Morningstar is featured heavily in the first volume of "The Sandman" and pops up rarely in subsequent installments. The son of the Presence, aka Yahweh, Lucifer is a fallen angel who gets cast out of Heaven and assigned to be the ruler of Hell after he rebels. Doling out appropriate punishment to the souls of deceased sinners condemned to Hell, Lucifer rules over the realm for over 10 billion years.

What Happens to Lucifer in the "Sandman" Comics?

Having been stuck in this repetitive pattern for eons, Lucifer eventually decides to break free from what he sees as an extreme and unjust punishment for one moment of rebellion. He renounces his duty as the lord of Hell. When Dream returns to Hell to retrieve one of three totems — a helm — Lucifer informs him of his decision and asks him to help him by cutting off his wings. He locks Hell down and leaves the key (and thus the responsibilities of dealing with the realm) with Morpheus.

What Does Lucifer Look Like in the the "Sandman" Comics? 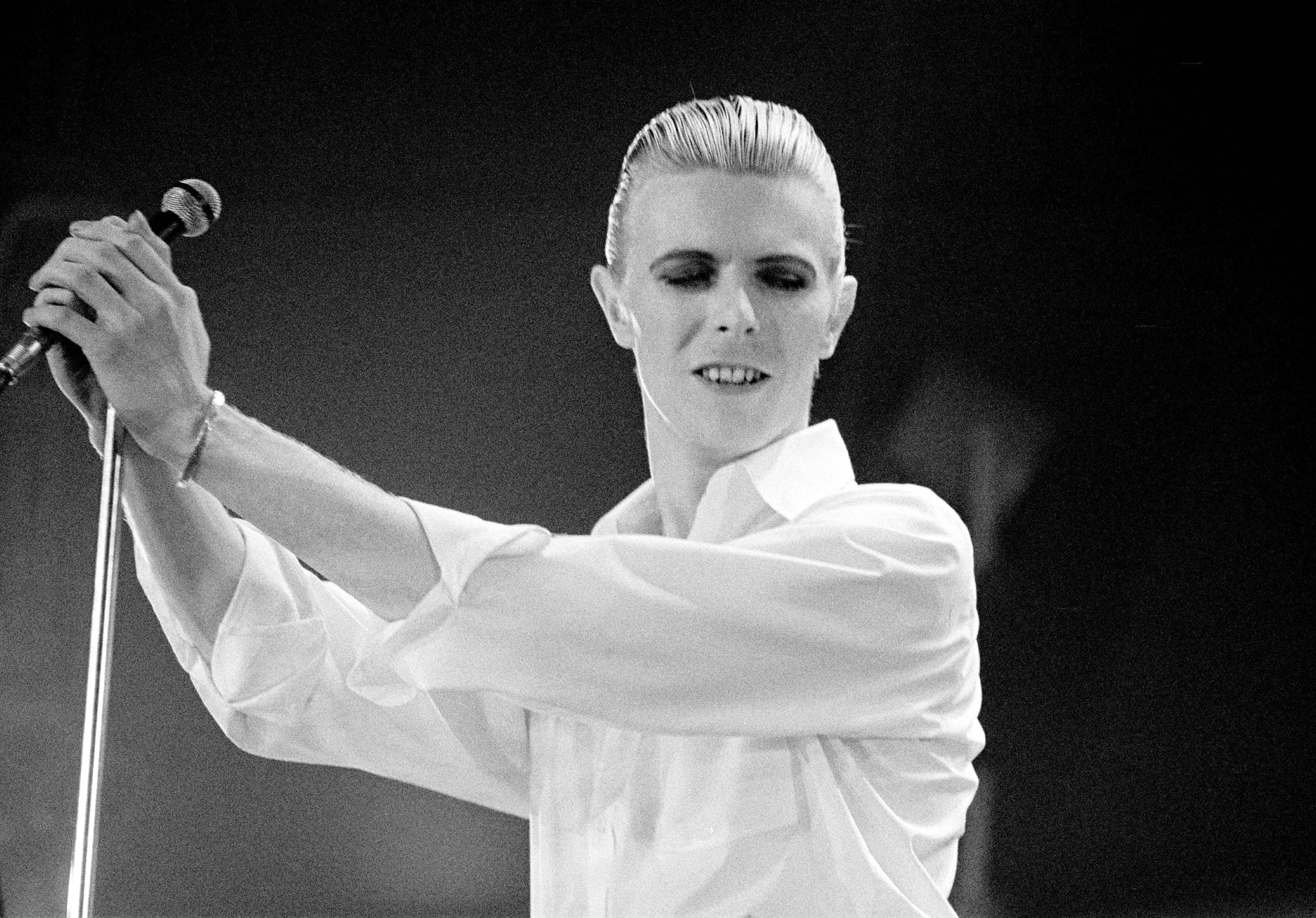 To put it simply: Lucifer looks like David Bowie. Seriously! Gaiman took inspiration from many of his favorite artists while creating "The Sandman." One of the comic's artists, Kelley Jones, recalled how adamant Gaiman was that Lucifer resemble Bowie. "Neil was adamant that the Devil was David Bowie," Jones told Vulture in 2016. "He just said, 'He is. You must draw David Bowie. Find David Bowie, or I'll send you David Bowie. Because if it isn't David Bowie, you're going to have to redo it until it is David Bowie.' So I said, 'Okay, it's David Bowie.'"

And Bowie didn't only inspire Lucifer. Gaiman wrote a short story called "The Return of the Thin White Duke" for a collection of short stories, "Trigger Warning." The story, which Gaiman said is "unabashedly fan fiction," gives Bowie's Thin White Duke persona, which he originated in 1975 and 1976 for his "Station to Station" era, a superhuman origin story. He ultimately read the story at the closing of the "David Bowie Is" exhibit at the Museum of Contemporary Art in 2015.

What Are Lucifer's Powers?

Lucifer possesses superhuman strength, nigh-omnipotence, flying, immortality, and telekinesis, among a whole host of other magical powers that rival the abilities of the Endless (seven mythological siblings, including Dream). In addition to creating alternate realities at will, Lucifer is capable of interstellar and dimensional travel, all while being able to create portals to Hell.

Differences Between Lucifer in "The Sandman" and the "Lucifer" Series

The Tom Ellis-led DC series "Lucifer," which ran for six seasons from 2016 to 2021, picks up the story right after the events of Lucifer's retirement from being a servant of Hell. In the series, he relocates to Los Angeles and opens a jazz nightclub named Lux while he simultaneously assists the LAPD with criminal cases. Additionally, while "The Sandman" will faithfully adapt the original comic's narrative, there will be some modern updates. Notably, Lucifer is gender swapped and portrayed by "Game of Thrones" alum Gwendoline Christie.