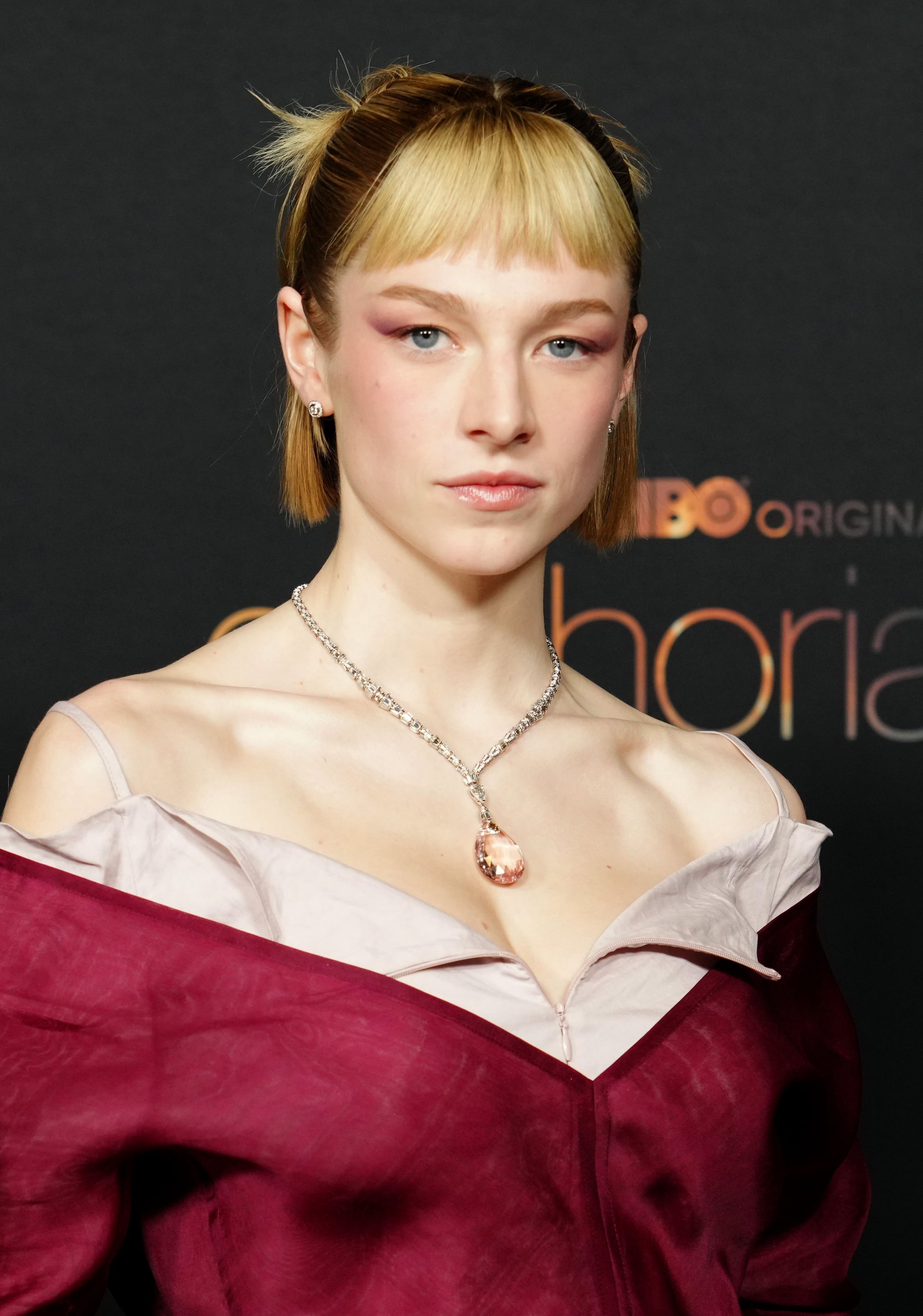 Euphoria's Hunter Schafer continues to be vocal about her navigating trans identity as a young person, and it naturally has fans of the show curious about the crossover between her and her character, Jules. Just like in real life, Schafer's Jules is a young trans woman on the HBO series — a topic that gets explored more on her special standalone episode, "F*ck Anyone Who's Not a Sea Blob," in season one. During a recent episode of Divine Frequency With Hunter Schafer & Lorde, the Euphoria star opened up about the episode — which she also co-wrote — and shared how much of herself she poured into Jules.

"The episode, there's a lot of me in it," she says. "And even Jules as a character in the first season . . . a lot of my experiences fall in line with hers or Sam's, so it's a bit of a mixture of both of us." In the "Jules" episode, Schafer's character has an in-depth therapy session where she talks about her transition, going off her hormones, and her life's struggle to "conquer femininity." In a previous interview with V Magazine, Schafer also revealed how her own transition in real life influenced her relationship to Jules.

Related:
ICYMI, Hunter Schafer and Her Euphoria Character, Jules, Have This Important Detail in Common

"It didn't feel natural at first. Part of surviving was just getting through sh*t, letting it rest, and not addressing it. I think that's what I had been [doing] up to that point: just going and going, fighting to be on the other side of my transition," she said. "There was so much that I was working toward, and I was so excited to [be out of] North Carolina that I don't think I'd ever looked back on [that experience]."

"I never acted before Euphoria and it was not in my plan at all."

Euphoria has never placed Schafer or her character's gender identity at the heart of the show, and it's partially because Schafer has had a hand in developing Jules into a fully realized character whose selfhood doesn't only revolve around being trans. But beyond identity struggles, Schafer has also experienced other things young people often deal with in adulthood: imposter syndrome.

On Divine Frequency With Hunter Schafer & Lorde, she told Lorde that she almost turned down the opportunity to star in Euphoria: torn between the decision to try something new or stick to modeling. "I never acted before Euphoria and it was not in my plan at all," she said. "I was really shy, I was only modeling in New York just really to be making some money and be in New York and around an industry that I wanted to work in. But even with the performative stuff of that, I couldn't have dreamed of acting."

The decision to take the role still wasn't easy for Schafer, but the casting team's persistence helped convince her to take up acting professionally. I personally can't imagine anyone else encapsulating Jules as well as Schafer has, so thank goodness she decided to pursue the part, because it helped turned Euphoria into a major hit!