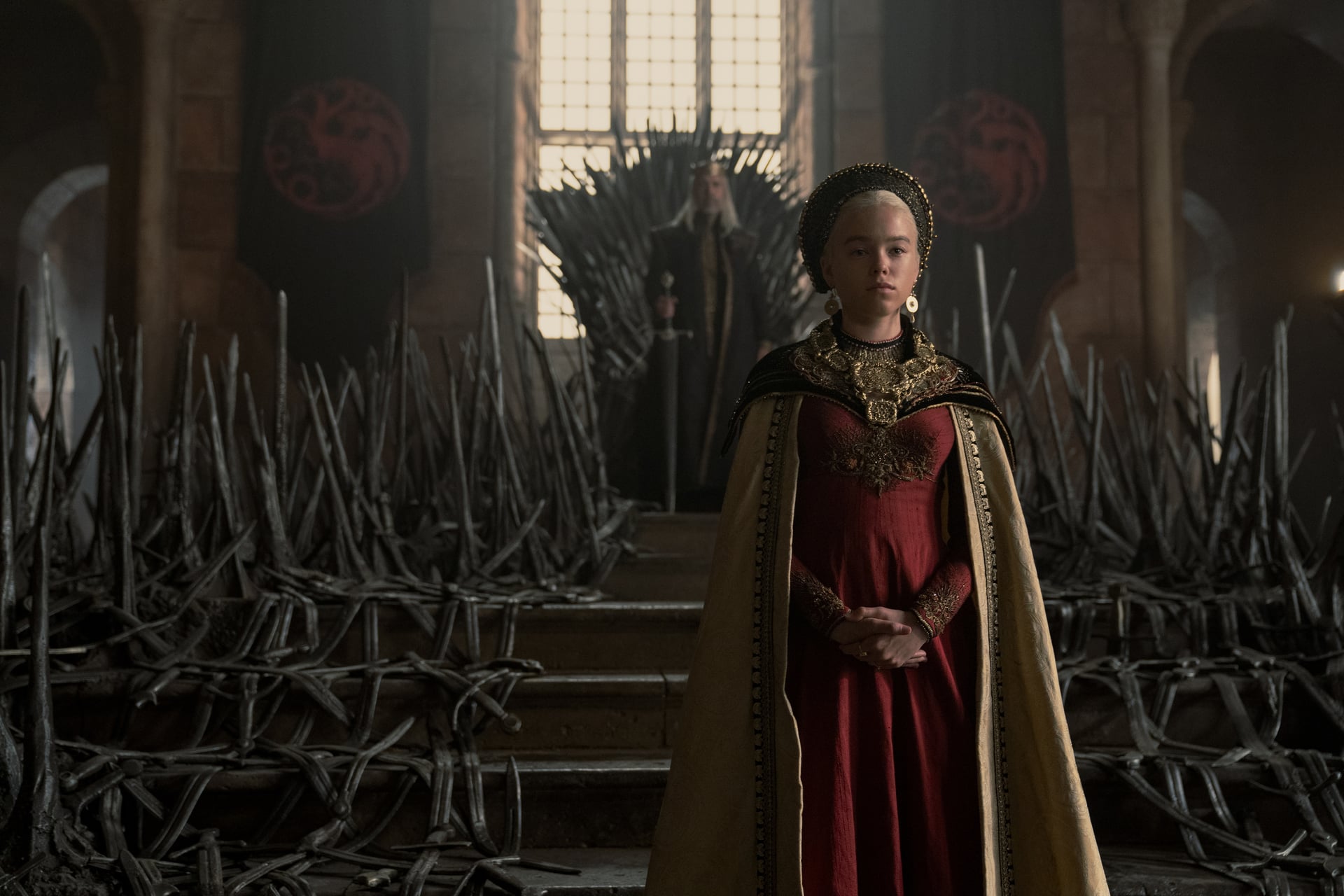 One of the central storylines of "House of the Dragon" is the quest of Rhaenyra Targaryen, the daughter of King Viserys, to be taken seriously as the heir to the Iron Throne. Readers of George R.R. Martin's book "Fire and Blood" know that her claim on the throne is not uncontested and that the subsequent war has long-lasting consequences for House Targaryen.

But does Rhaenyra ever actually get to be Queen of the Seven Kingdoms? That all depends on whose claim you side with. Before you keep reading, just be aware: we're going to dive deep into spoilers from "Fire and Blood," and while "House of the Dragon" may change some plot points, there are probably some spoilers for the TV show, too!

Sign up for HBO Max now to watch "House of the Dragon."

Who Is Crowned Ruler of Westeros After Viserys Dies?

Until the very end of his life, Rhaenyra's father, King Viserys I, intends for her to be his heir and succeed him on the throne. He continues to support Rhaenyra's claim even after having sons with his second wife, Alicent Hightower. When Viserys dies, however, Rhaenyra (now the mother of multiple children from two marriages and currently married to her uncle Daemon) is passed over. Instead, Otto Hightower and Criston Cole, with Alicent's support, crown Aegon II, the eldest son of Viserys and Alicent. Rhaenyra doesn't even learn of her father's death until after Aegon's coronation has occurred and Rhaenyra's supporters are all either dead or imprisoned.

Infuriated, Rhaenyra arranges for her own coronation, and a loyal knight, Ser Steffon Darklyn, smuggles the crown of her father to Dragonstone, where Daemon formally crowns her and hails her as the rightful queen. Soon after, the civil war known as the Dance of the Dragons begins in earnest, with the dividing question being who is the "true" ruler: Aegon or Rhaenyra.

Who Wins the Dance of the Dragons War: Rhaenyra or Aegon?

During the war, Rhaenyra conquers King's Landing and sits on the Iron Throne, although Aegon escapes and continues the war against her. At first, she is relatively well-liked, as the ordinary people of the kingdom dislike Aegon. Aegon's loyalists, however, manage to steal most of the crown's wealth, and the resulting taxes, along with rumors about Rhaenyra being "rejected" by the Iron Throne, start to turn the smallfolk against her. When she makes a paranoid decision to order the execution of two non-Targaryen dragonriders, her grip on power further unravels, and a riot kills one of her sons and forces her to flee the capital.

Rhaenyra never regains power, and she is ultimately betrayed, turned over to Aegon, and killed by his dragon Sunfyre. Following her death, Aegon, now back on the throne, insists that all documents refer to her only as a princess, never as a queen. History is written by the winners, as they say, so Rhaenyra is not counted as an "official" queen of Westeros.

Ultimately, however, it is Rhaenyra's line that lives on: after Aegon II dies without male heirs, Rhaenyra and Daemon's oldest surviving son takes the throne as Aegon III, followed by their younger son, Viserys II. While Rhaenyra only sits on the throne briefly and has her reign erased, it is her line and legacy that live on for centuries of the Targaryen dynasty.