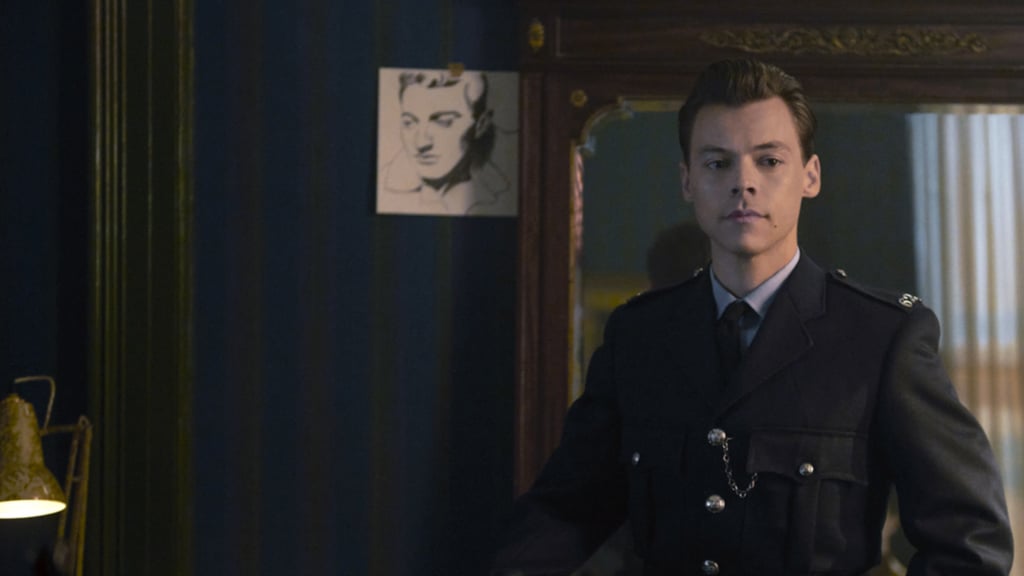 Get Ready For "My Policeman" by Watching Harry Styles's Biggest Movies

Harry Styles is one of the most famous pop stars in the world. Ever since he dropped his critically acclaimed self-titled debut album in May 2017, the singer has only become more of a household name with his follow-up records, "Fine Line" and "Harry's House," the latter of which brought us hits like "As It Was" and "Late Night Talking."

Styles has been dominating the music industry since his One Direction days, so fans were excited when the singer dipped his toes into acting with a supporting role in the 2017 Christopher Nolan-directed war film "Dunkirk." Afterward, he briefly appeared in the 2021 Marvel film "Eternals" alongside big-name actors like Angelina Jolie, Salma Hayek, Gemma Chan, and more.

Recently, Styles starred in the psychological thriller "Don't Worry Darling" with Florence Pugh, and up next, he'll lead the romantic drama "My Policeman."

Styles may have only been acting for a few years, but he's quickly worked his way up the ladder from being a supporting actor to the star of his own films, all while still recording music. Styles has definitely proved he's a man of many talents, and considering another "Eternals" film is rumored to be on the way, it seems it won't be long before we see him back on the big screen.

If you're a fan, scroll through the slideshow to see all of his acting credits so far.