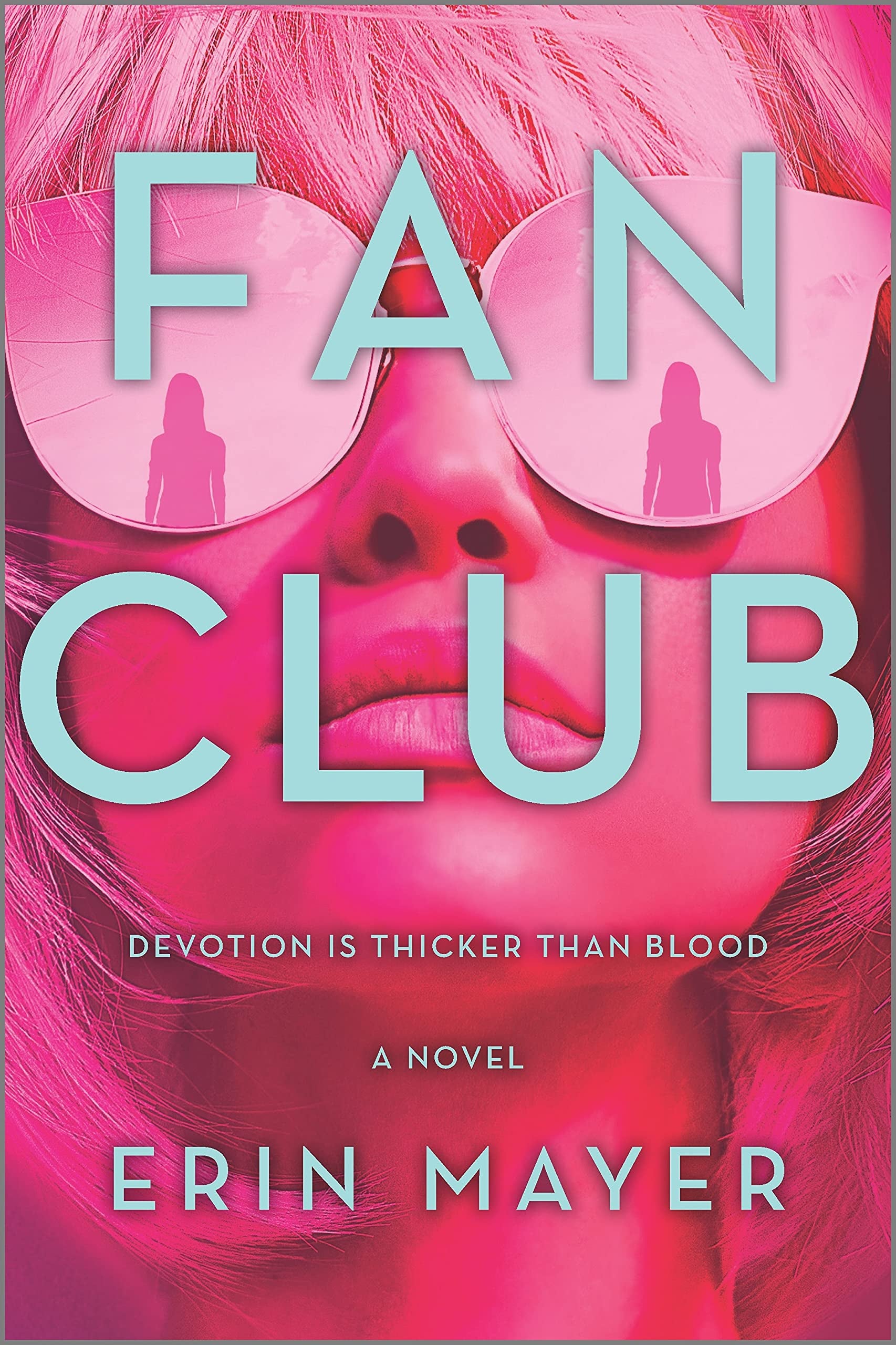 I've fallen down many fandom rabbit holes, so I know the drill: how casually it starts, how intoxicating it is to succumb, how quickly an obsession takes over your life. It can all be very innocent — and often is — but sometimes, adoration can twist into something unhealthy. In Erin Mayer's Fan Club ($17), we find out what happens at the most toxic end of that spectrum.

We start, though, with the novel's unnamed narrator: 24 years old, working a meaningless job at a women's website, lonely and aimless in New York City. She's out at a dive bar one night, moments away from an ill-advised hookup, when she hears the song. Later, she'll describe it as "three minutes and twenty-five seconds of walking into a bright light": a wake-up call, a revelation.

That's how pop superstar Adriana Argento blazes into the story, dulling our narrator's "real" life into the background. "The most efficient way to lose yourself," the narrator explains, "is to idolize somebody else." Soon she receives an invite to join the Ivies, a tight-knit group of adult Adriana superfans whose love for the pop star veers from worshipful to cult-like. For this group, it's not enough to love Adriana from afar. The Ivies want to control her, and when she does something they don't approve of — getting back together with the boyfriend they hate, releasing a song they don't like — there are no limits to what they'll do. Swept up in their all-consuming passion, the narrator doesn't realize the lengths they'll go to ensure Adriana does what they want, until it's too late.

"The most efficient way to lose yourself is to idolize somebody else."

Fan Club is an exploration of the darkest corners of fan culture steeped in brutally realistic millennial angst. Our narrator is drawn in to Adriana's fandom because of her loneliness, her thirst for connection, yes; becoming friends with one of the Ivies is transformative, changing the very cityscape around her. "Friendship, real friendship, shows me New York anew," she marvels. "The once oppressive skyscrapers twist and bend toward the clear blue of endless possibility."

But beyond that, her obsession comes from a desire to feel something bright and all-consuming. Listening to Adriana's new single is an act of transcendence; the narrator feels reborn, "crucified . . . the closest I've ever come to reaching the impossible climax of becoming a brain without a body." Adriana is an outlet for all the beautiful and violent feelings the narrator and the Ivies keep bottled up as they go about their normal lives, sitting in offices and drinking coffee. There's a danger to that, the narrator says, like staring directly into the sun. "Perhaps the riskiest part . . . is not how it burns your eyeballs and whites out your vision; perhaps it's more about the way it makes you consider your own insignificance."

Fan Club isn't perfect: it ends without a climax or a sense of absolution, and Adriana is so transparently an Ariana Grande clone that the similarities get annoying. But this sharply written book also has a sinister slow build of a plot that shouldn't be as believable as it is, once the disturbing goal of the Ivies is finally revealed. The darts of truth that pepper every page go beyond the typical scope of a thriller, making Fan Club something closer to a snapshot of a generation, unsparing in what it sees.

Related:
I Read Dune as a Sci-Fi Newbie, and Here's What You Should Know Before You Crack It Open

"Fandom, at its root, is the desire to possess, to become, to consume. It is only the meal that changes."

Related:
Everything to Know About After We Fell, the Third Book in Anna Todd's Series

This is a book you can inhale, if you want to; I finished it in a weekend of dedicated reading. If you'd rather take your time, give it around five days.

In Fan Club by Erin Mayer, the narrator's monotonous daily life is transformed when she joins a cult-like fan club dedicated to pop star Adriana Argento, but when she makes a disturbing discovery about her new friends, she'll have to decide how far she's willing to take her obsession.

Books
The 2023 POPSUGAR Reading Challenge Is Here!
by Jada Gomez 4 days ago