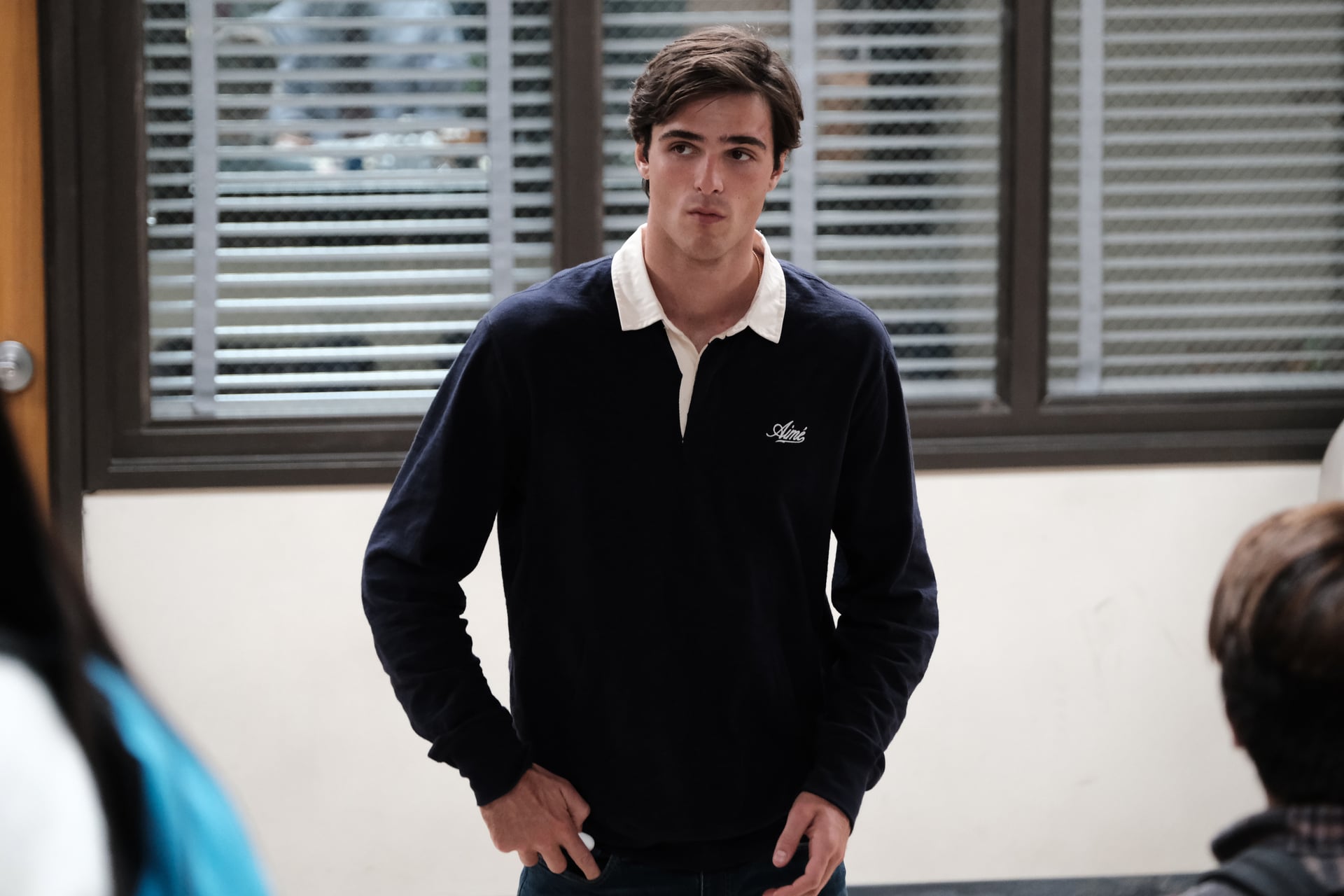 Euphoria season two is giving us everything: incredible looks, backstories on characters we were dying for in season one, a killer soundtrack, and, of course, a ton of drama. All of the characters we love (and love to hate) are back, and more chaotic than ever. But in one of the most surprising twists, in episode two, Rue (Zendaya) reveals that a beat-up Nate Jacobs (Jacob Elordi) is "in love" with Cassie (Sydney Sweeney) following their bathroom hookup on New Year's Eve. This love triangle pins best friends Cassie and Maddy (Alexa Demie) against each other for Nate's attention.

I was surprised to see that many Euphoria fans ship Nate and Cassie as a couple, considering Nate's history as an abuser. Given Euphoria's tendency to tackle difficult issues with intention, I trust that their decisions regarding Cassie and Nate's relationship will be done purposefully and in a way that doesn't give Nate a redemption arc. Still, as a viewer, I can't help but critique Nate's new fixation on Cassie, and I'm nervous to see where it goes. Both Maddy and Cassie deserve so much better! Here is a list of all the reasons Nate's fixation on (love for?) Cassie is problematic — and her status as his ex's best friend isn't even number one.

1. Nate Is Projecting His Issues Onto Women Instead of Looking Internally

In a voiceover, Rue reveals that Nate acknowledges he has his issues, but he wonders if "maybe the reason he had those issues is that Maddy brought out the worst in him. And maybe if he met Cassie when he was a sophomore instead of Maddy, she would've brought out the best in him."

In Nate's season one backstory, we see his "issues" (the toxic masculinity he was raised with, his complicated relationship with his father, and his intense need for control, just to name a few) begin to develop long before he meets Maddy. Even if his and Maddy's toxic relationship is a negative influence on Nate's life, his flaws are still solely his own and not the fault of an external source. By blaming Maddy, Nate eradicates himself of any faults, which is particularly egregious considering his behavior is the major contributing force in the toxic nature of their relationship. (Let's not forget he's physically and emotionally abusive toward her.) Blaming a woman for his issues is lazy and sexist, but his idea that dating another girl will magically bring out "the best" in him is plain delusional. Nate would be better off looking inward (Nate, therapy, I'm begging you) than moving on to the next girl to "fix" him.

2. His Fantasy Is Based on the Idea of Cassie Rather Than Who She Actually Is

We know that Nate doesn't know Cassie all that well — and he doesn't seem to want to, either. Nate's fantasy doesn't show much of Cassie being who she is, but rather her and Nate having sex. It's obviously great to fantasize about sex with the person you have feelings for, but it seems Nate's idea of "loving" Cassie is based solely on sex. Furthermore, when Cassie isn't in a sexual position in his fantasy, she is pregnant and quiet, talking minimally around Nate and his father. 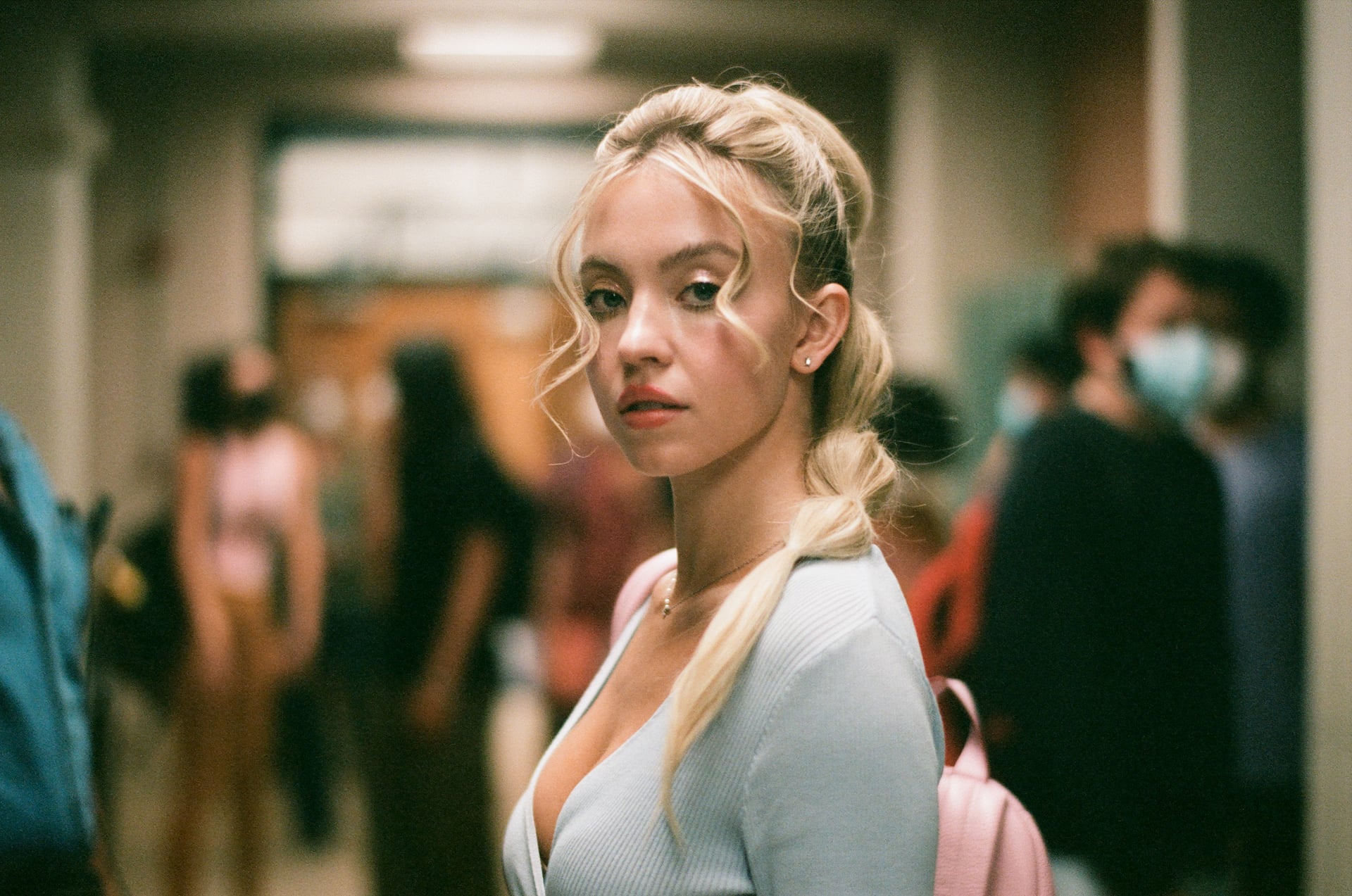 We've already established Nate doesn't know Cassie that well, so why is he so sure Cassie is the girl of his dreams? It doesn't seem like there's much to it besides that she's different from Maddy: Cassie is white and Maddy is Latina. Cassie is soft-spoken while Maddy is outspoken.

It seems Nate implicitly believes Cassie is sweet, pure, and innocent — and therefore a woman like her would make him "better." Nate blaming his issues on women is sexist, but his projecting an image of innocence and purity onto the white, blond, blue-eyed, and soft-spoken Cassie, while painting the outspoken and confident Latina, Maddy, out to be the "bad" choice and source of his problems gives it racist undertones as well.

4. Nate Is Still Romantically Involved With His Ex

Nate sent Maddy a loving text after his fight with Fez (and after his and Cassie's hookup). Whether it's just to get his hands on his dad's tapes or because he actually still has feelings for Maddy, it seems like Nate is trying to keep Maddy in his life, which doesn't line up with his desire to have a relationship with Cassie. His communication with both girls in secret allows him to be in control of the situation, as he knows how each of them feels about him and will likely be able to pit them against each other rather than him.

5. Nate Is Manipulating Maddy and Cassie's Vulnerabilities to Maintain Control

By stringing Maddy along, Nate is exploiting her lingering feelings for him and her desire to reconcile to get Cal's tapes back. Meanwhile, he is exploiting Cassie's desire for male validation in order to keep their relationship going. He's also using Cassie's fear of consequences (Maddy possibly fighting her) to isolate the friends from each other and keep his and Cassie's fling a secret. On the phone, Nate tells Cassie, "If Maddy finds out, she's gonna spend the rest of her life trying to kill me. But she'll actually kill you." He basically knows that both of the women he is manipulating will face bigger consequences than he will, which keeps him in control of the situation. 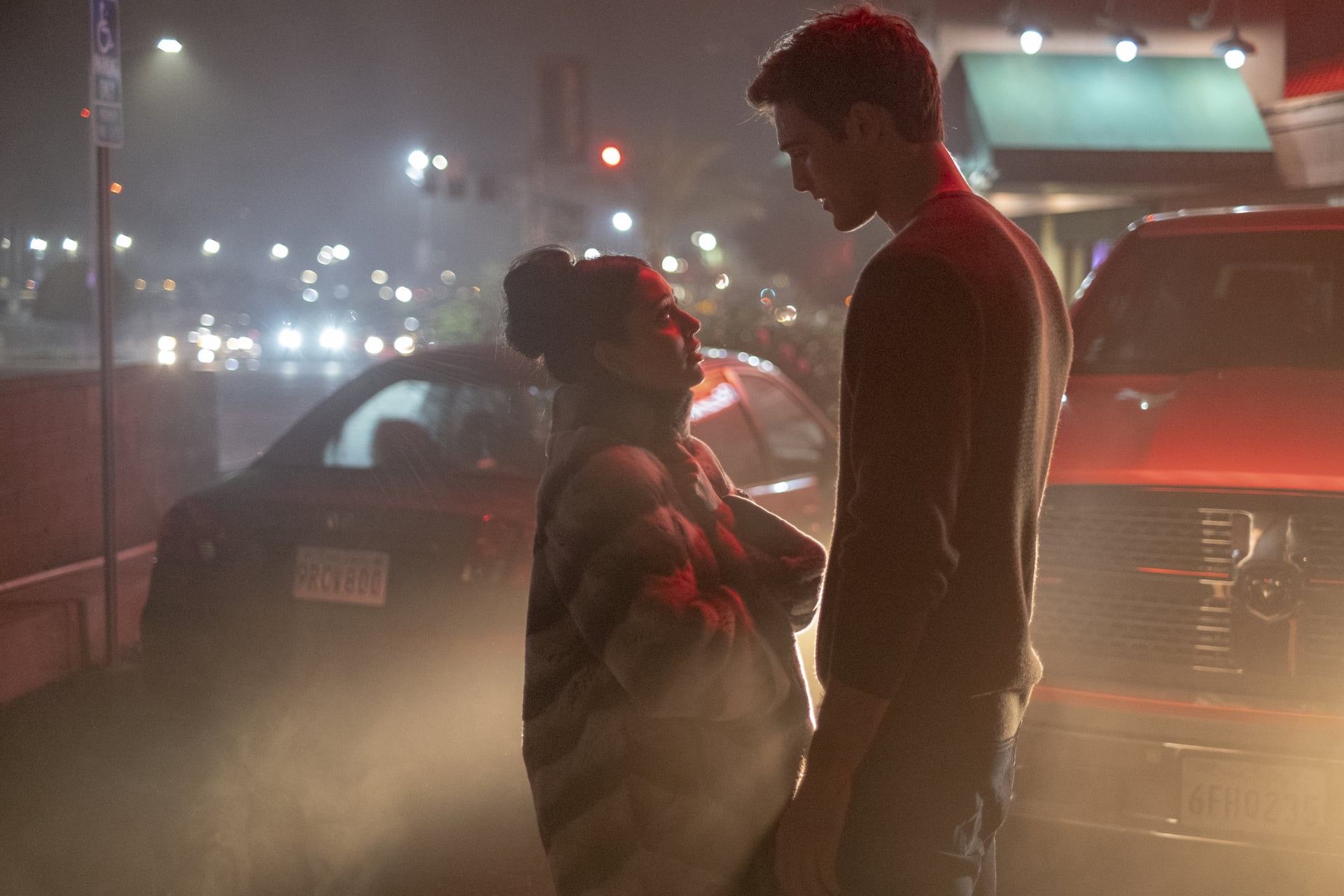 6. Nate Isn't Acknowledging His True Feelings — the Ones He Has For Jules

A very hot and very haunting scene shows Nate and Cassie having sex while blink-and-you'll-miss-it images of Jules (Hunter Schafer) flash across the screen. In a voiceover, Rue describes why Nate is fixated on Cassie — but those flashes of Jules imply to the viewer that he's at least partially thinking about Jules. It's possible Nate is choosing Cassie and pushing away his feelings for Jules because of his own transphobia and homophobia (and maybe also because of her past with his dad).

7. Nate Is Wildly Disrespectful Toward Cassie

Nate first slut-shamed Cassie when he found out she and McKay were together in season one and paralleled this in season two, repeatedly asking McKay questions about whether he and Cassie hooked up on New Year's Eve. Nate later asks Cassie how she will look her best friend (and his ex-girlfriend) in the eye while eating her out. Not to mention the whole shower fiasco could have been avoided if Nate had been willing to sacrifice a bit of dignity and asked Maddy to talk outside. He instead ditches Cassie, forcing her to lie in the shower in fear that Maddy will find her and know she and Nate were hooking up. (Of course, Cassie could have owned up to it, but I won't go there.) This treatment isn't right for someone to do to someone they were just having sex with, let alone "love."