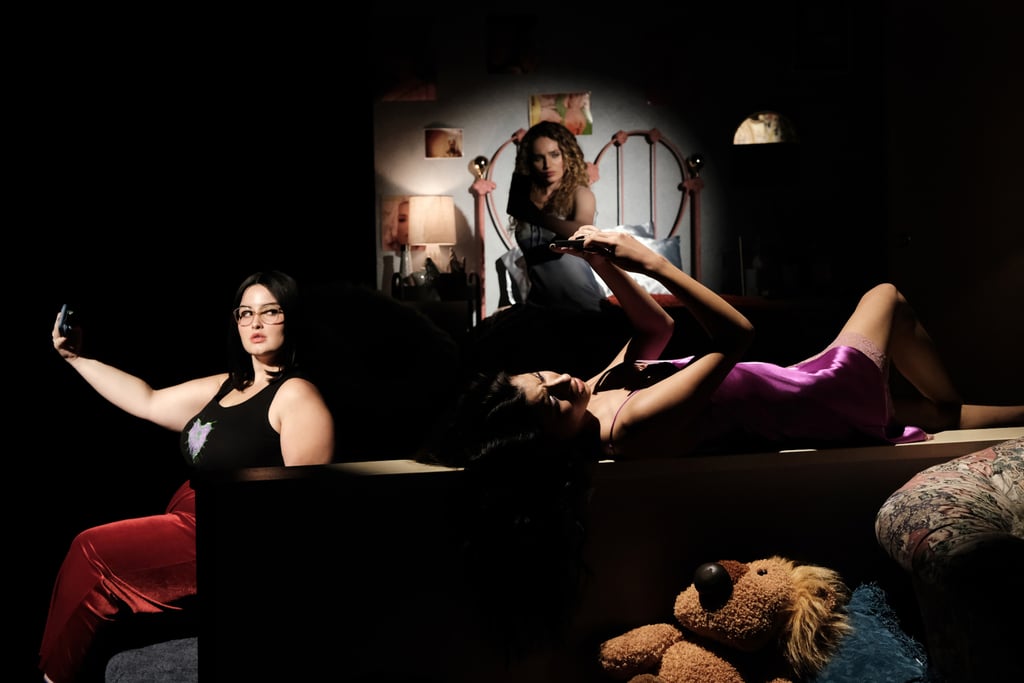 Seeing Double? Check Out the "Euphoria" Actors in Lexi's Play

Talk about a "Euphoria" episode! Lexi (Maude Apatow) surprised all her East Highland High School classmates with her play, "Our Life," based on the true events surrounding her friendships with her sister, Cassie (Sydney Sweeney), along with Rue (Zendaya), Maddy (Alexa Demie), and Kat (Barbie Ferreira); going through puberty; her relationship with her parents; and much more. Although she has the best intentions, the plot lines particularly surrounding Nate Jacobs (Jacob Elordi) are among the most shocking.

Lexi stars as herself in the play, and Ethan (Austin Abrams) stars as both Suze Howard (Alanna Ubach) and Nate. To avoid using Rue, Cassie, Maddy, and Kat's names, Lexi cast doppelgangers — Jade, Hallie, Marta, and Luna — as their respective counterparts. Keep reading to see the side by side of each star in "Our Life."