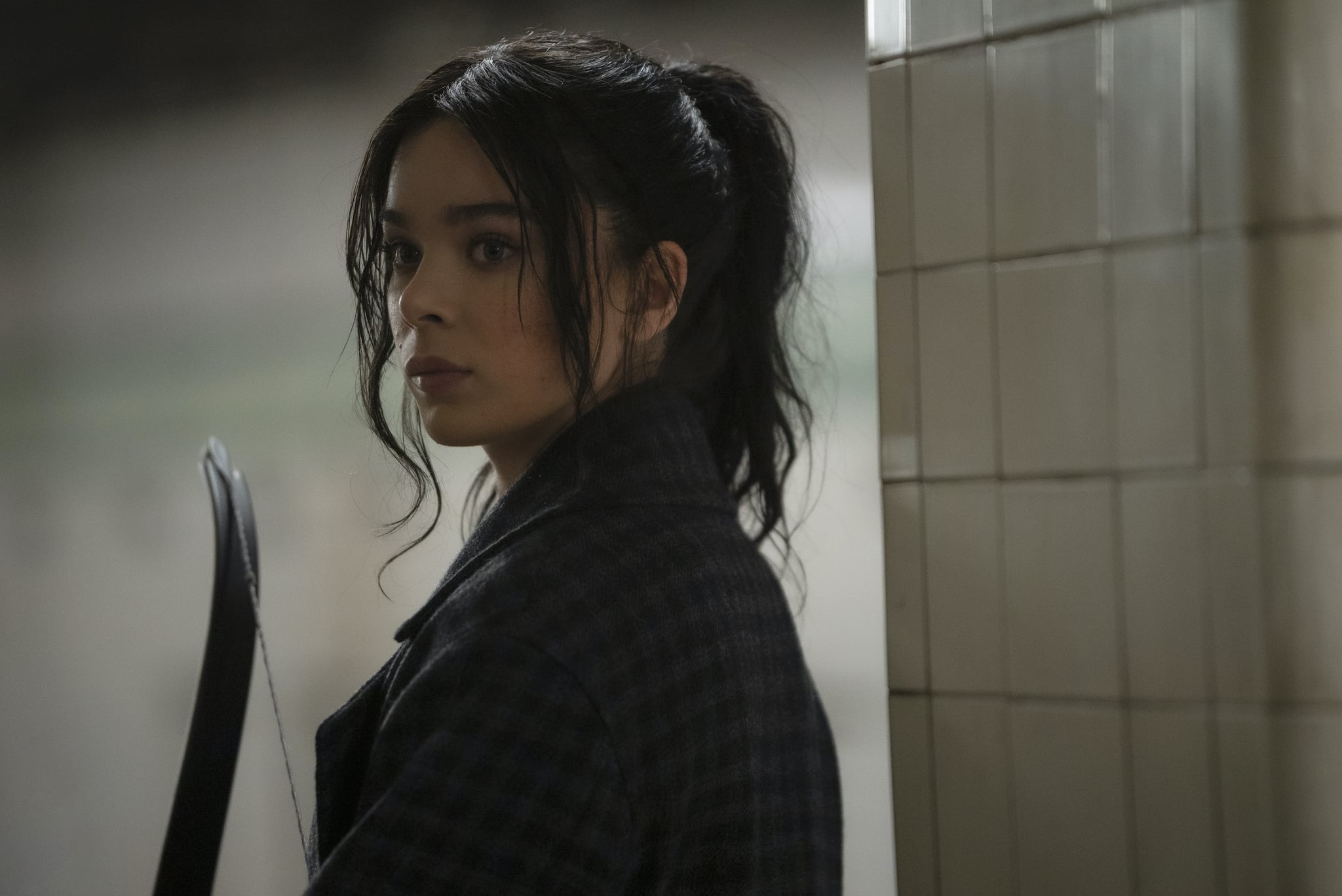 From blockbuster movies like Black Widow and Shang-Chi and the Legend of the Ten Rings to TV series like WandaVision and Loki, there's been no shortage of Marvel content for fans to enjoy in 2021. The best part is, there are still more exciting things to come. Besides catching Spider-Man: No Way Home in theaters this December, fans can watch Hawkeye when it premieres on Disney+ just in time for Thanksgiving on Wednesday, Nov. 24.

The show stars Jeremy Renner as Clint Barton (aka Hawkeye, one of the six original Avengers) and Hailee Steinfeld as Kate Bishop, a skilled archer just like Clint. While Steinfeld previously voiced Gwen Stacy/Spider-Woman in the 2018 animated film Spider-Man: Into the Spider-Verse, Kate marks her first live-action role in the Marvel Cinematic Universe. If you're curious to know more about her character in Hawkeye, here are all the details.

Who Is Kate Bishop?

When Kate is first introduced in the 2005 Young Avengers #1 comic, we learn she comes from a wealthy family in New York City, but her life is anything but perfect. Growing up, she's always felt lonely because she didn't have a close relationship with either of her parents. She was estranged from her mother Eleanor before she passed away, and her father Derek was constantly working. Kate only becomes more distanced from her father when she finds out that he does business with a villain named El Matador, who ends up kidnapping her. Thankfully, the Avengers stop him, and since Hawkeye is the only hero who saves Kate without using any powers, she begins to idolize him.

Does Kate Bishop Have Any Special Abilities?

Just like Hawkeye and Black Widow, Kate doesn't have any superpowers, but after she gets attacked while jogging in Central Park, she learns how to defend herself by taking on archery, sword fighting, and martial arts.

What Is Kate Bishop's Role in the Marvel Comics?

Kate shows off her skills for the first time at her older sister Susan's wedding. When a group of robbers ambushes the event, the Young Avengers show up to help but become trapped. Luckily, Kate is there to save the day with her skills. Afterward, she takes the opportunity find the Young Avengers' headquarters and joins the team. She eventually climbs up the ladder and takes over the Hawkeye mantle.

What Is Kate Bishop's Role in Hawkeye?

The first trailer for Hawkeye, which dropped on Sept. 13, shows Kate as an archer who gets mistaken on TV for Clint's alter ego, Ronin, who was a vigilante during Avengers: Endgame's five-year time jump. This causes her to become the target of Ronin's enemies, leading her to partner up with Clint to try and take them all down.

A Nov. 3 trailer also teased Kate's desire to become a hero like Hawkeye, who teaches her about the responsibilities that come with the title.

Who Plays Kate Bishop in Hawkeye?

Steinfeld, who's known for her roles in movies like Pitch Perfect and The Edge of Seventeen, plays Kate in the Hawkeye series. The actress opened up about her experience joining the Marvel franchise during a Nov. 3 interview with Entertainment Weekly. "It's very, very exciting to be in the MCU at all. I still haven't been able to get over that," she admitted. "Playing someone that people are in fact very excited to see — it makes me feel honored to be the one bringing her to life."

Fans can catch Steinfeld as Kate when Hawkeye premieres on Disney+ on Nov. 24.