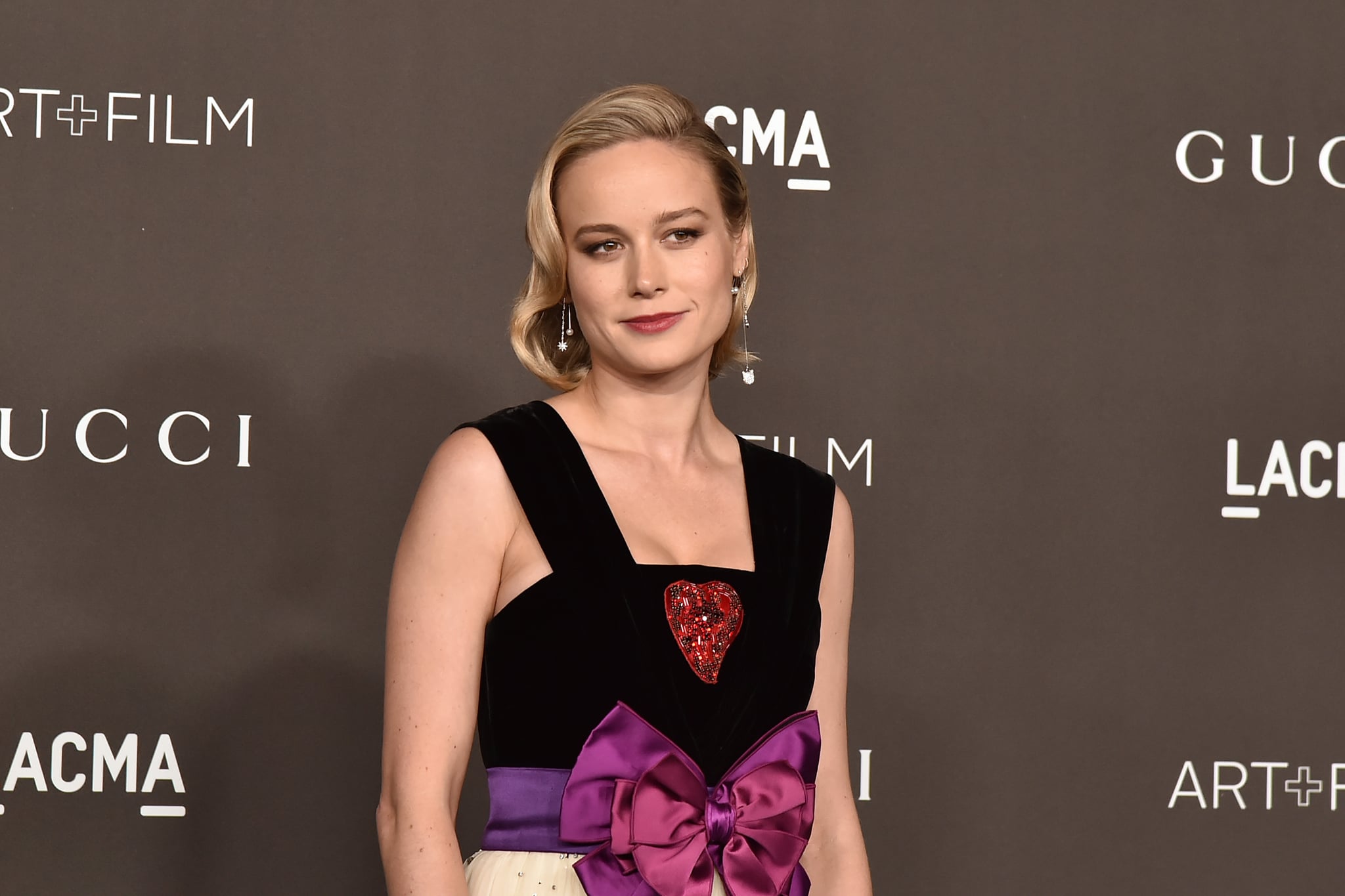 It appears Brie Larson is just as hooked on Olivia Rodrigo's debut album as we are. On Monday, which just so happened to be the one-month anniversary of Sour's release, the Captain Marvel actress cured our post-weekend blues by surprising us with a cover of Rodrigo's "Jealousy, Jealousy." Cozied up in a sweater and a baseball cap, Larson plucked her guitar and crooned the first verse and chorus of the track, which unpacks the comparisons, self-loathing, and unrealistic expectations that social media usage can spawn. While sharing video footage of her cover on Instagram and Twitter, Larson wrote, "Thank you @oliviarodrigo for giving the world your words."

Longtime fans of Larson know this is hardly the first time she's shown off her angelic vocals. In the past year alone, she sang her own renditions of Taylor Swift's "The 1," Billie Eilish's "My Future," and Ariana Grande's "Be Alright," and those are just the ones she chose to record for her social media followers. Oh, the things we'd do to have an at-home Sour jam session with her!

Related:
Just 10 Brie Larson Song Covers to Remind You of Her Sheer Talent

Music
Tems Performs "No Woman, No Cry" Live For the First Time at the Global Citizen Festival
by Sabienna Bowman 4 days ago