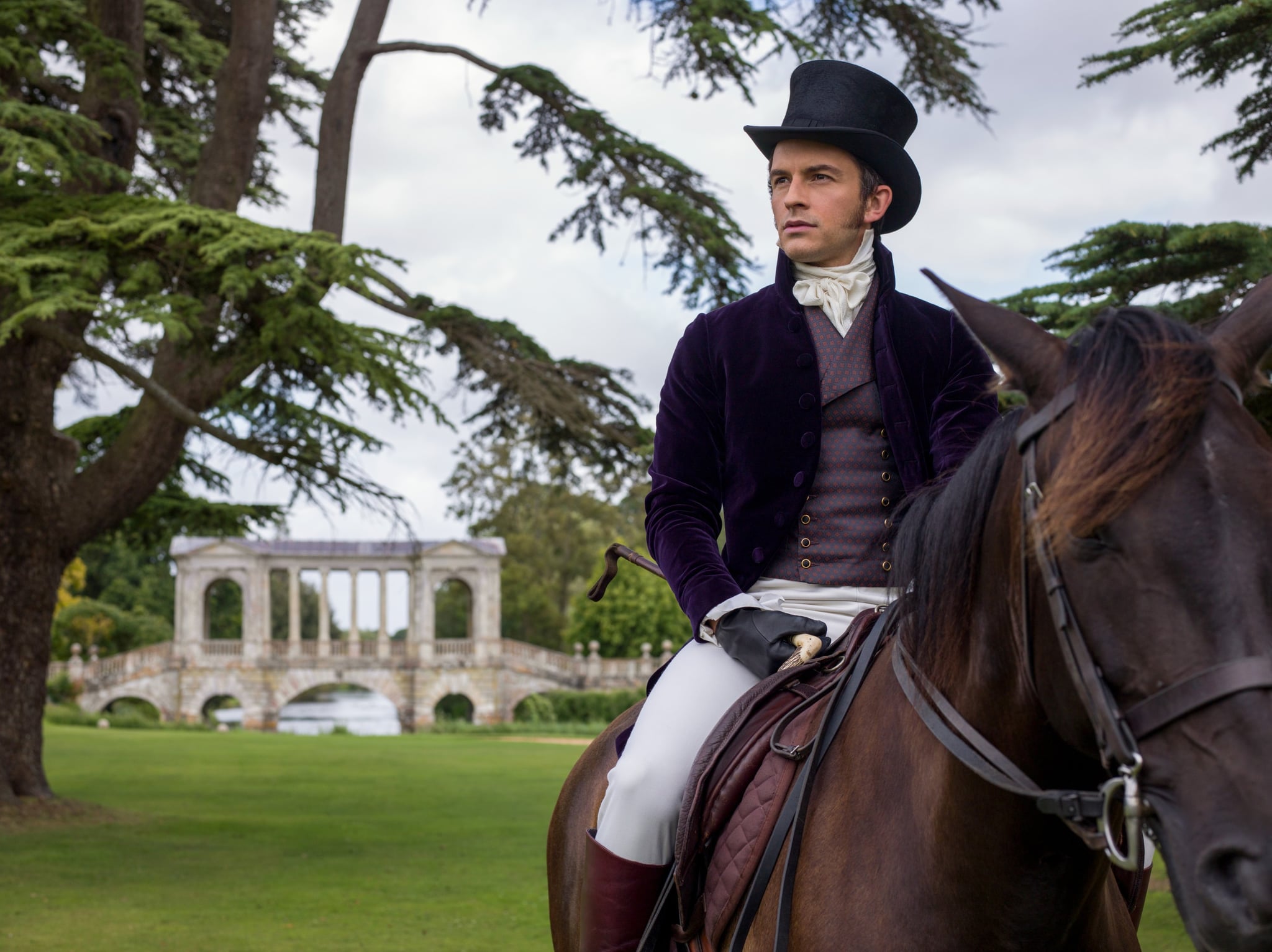 We've got several years of Bridgerton ahead of us, with Netflix renewing the hit romantic drama up through at least season four! Each of the upcoming seasons will center on another of the Bridgerton siblings, with season two focusing on Anthony. The end of the first season hints at what Anthony's storyline will be, and we've already been introduced to the important new characters in casting press releases, but if you want to really know what happens to Anthony before the second season arrives, you'll need to read Julia Quinn's book The Viscount Who Loved Me — or just read our spoiler-packed guide below! Just remember: as with the first season, Anthony's season may not follow the book point-for-point and will probably include more storylines that aren't prioritized in the book.

Yes, this is where we'll get that bee motif from the first season spelled out for us. Edmund, the late Viscount Bridgerton and Anthony's father, has been dead for several years when we first meet the Bridgertons. Here, we flash back to his unexpected death: he is instantly killed by a bee sting when Anthony, the eldest child, is only 18 years old.

Because of this tragedy, Anthony assumes his father's role and title far too young, and becomes convinced that his life will always be under his father's shadow. Specifically, he has a fear of bee stings (understandable) and is positive that he will die at age 38, so that he will never be older than his father got to be (not quite so reasonable).

Anthony Decides to Find a Wife

Already approaching 30 years old, Anthony decides that it's time he settles down, marries, and has heirs to ensure the succession before what he is certain will be his own untimely demise. Unlike in the Bridgerton TV series, this is the first we really learn of his love life. The book alludes to a past relationship with an opera singer, but it's not fleshed out the way that Anthony and Siena's relationship on TV is.

Love is absolutely not playing a part in Anthony's deliberations. He just wants a wife who is beautiful and smart (so that their children will be too, naturally) and definitely not someone he could ever have real feelings for. It's all very transactional for him. After asking around, he learns that this year's "diamond of the season" is a young woman named Edwina Sheffield (the Sheffields in the books have been renamed to the Sharmas in the TV show). There's just one tiny problem: Edwina adores her stepsister Kate and has sworn not to marry without Kate's approval. Kate, far from being a wicked stepsister, actually is working overtime to protect her sister from an unsuitable match, despite the fact that Kate herself is older but still unmarried.

The Weirdest Marriage-Requiring Scandal Ever

Of course, Anthony becomes determined to marry Edwina, and, of course, Kate is not pleased. As Anthony courts Edwina (and Kate's approval), he and Kate are thrown together more and more, and they begin to realize that they're attracted to each other as much as they annoy each other. There's bickering, flirting disguised as bickering, and an epic game of pall-mall.

Just like his sister Daphne, though, Anthony finds himself unexpectedly forced to marry someone he didn't plan to. While walking together outside, Kate finally gives Anthony her approval to court Edwina. Out of nowhere, a bee appears and stings Kate — and this is where things get hilariously wacky. Anthony panics, remembering his father's death, and tries to "save" her in a way that, really, is best experienced for the first time going in blind. Suffice to say, the result is a "not what it looks like" moment that requires them to get married to avoid scandal. They do (and then enjoy their fair share of those patented Bridgerton love scenes), but Anthony still has one major problem: he refuses to fall in love, still fearful of his own future.

How Does The Viscount Who Loved Me End?

Kate and Anthony struggle even after they're married, with Anthony's insistence on not falling in love while he's very much falling in love with Kate (and she with him). After pushing Kate away yet again, Anthony goes to drown his sorrows with his brothers, who pretty much tell him to get a grip. Realizing he truly loves Kate, he rushes to find her, only to get there just in time to see a carriage carrying her and Edwina (and Newton, their adorable dog) topple over.

Anthony rushes to the wreckage, where Edwina is fine but Kate is trapped. As he works to get her out, he finally tells her that he loves her. She's fine, aside from a broken leg, and Anthony finally confesses what he believes will be his fate. With Kate's support, though, he is able to start living for the good things, rather than dreading a future that might not happen.

The current version of the book has two epilogues, which offer different degrees of spoilers. In the first epilogue, we see Anthony, Kate, and their family celebrating his 39th birthday, and Kate and Anthony muse about how Lady Whistledown was able to report on their party in such detail (and how she seems to write nice things about Colin a lot). The second epilogue is much more spoilery, flashing forward to a future with all the Bridgertons and their spouses in another vicious game of pall-mall.

Gossip Girl
The "Gossip Girl" Cast on Monet's Mean Girl Takeover in Season 2: "[She] Really Has Her Time to Shine"
by Njera Perkins 5 hours ago