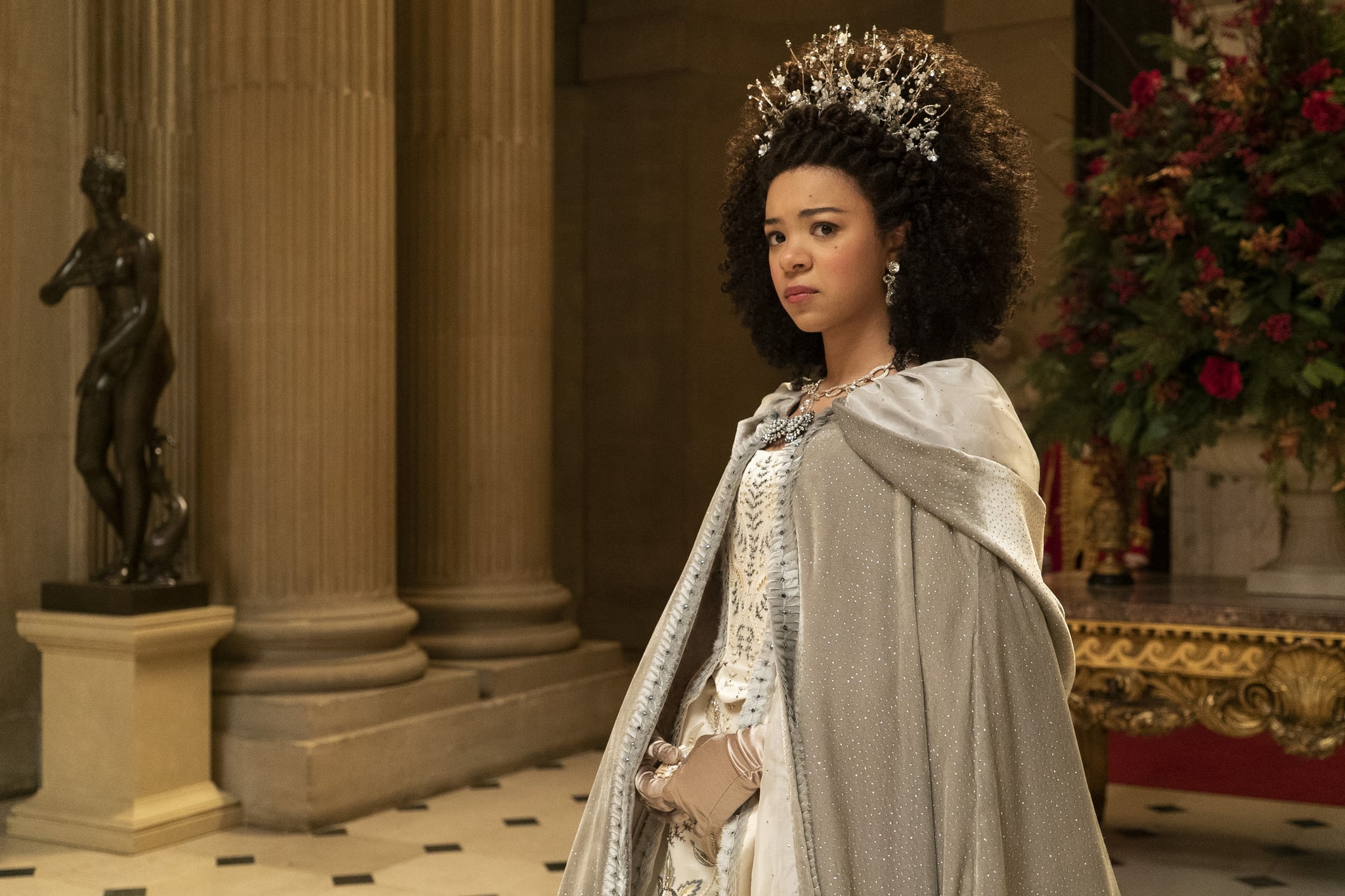 Dear gentlest reader, are you ready for more "Bridgerton"? Because the first look at the "Queen Charlotte" spinoff has finally arrived. The second project in the "Bridgerton" universe is all about the origin story of the gossip-obsessed monarch, supremely played by Golda Rosheuvel in the original series. But in the show's first sneak peek, shared by Netflix during its Tudum fan event on Sept. 24, "Sex Education" actor India Ria Amarteifio steps into the royal role of a young Queen Charlotte — and immediately tries to escape her future husband by fleeing over the garden wall.

Netflix first announced plans for a Queen Charlotte spinoff series in May of 2021, and "Bridgerton" fans have been eagerly awaiting it since then. On March 30 of this year, shortly after season two of "Bridgerton" landed on Netflix, we finally got a peek of the cast. Then on Sept. 23, the streamer released the first photo of Amarteifio as Charlotte.

In an Instagram post shared by the "Bridgerton" account, a caption listed Amarteifio, Adjoa Andoh, and Arsema Thomas as the newest "Queen Charlotte" recruits. The caption read, "For her next series, Lady @shondarhimes will chronicle Her Majesty's rise to prominence and esteemed power in a prequel that shall witness @goldarosheuvel reprise her role and @india_amarteifio join the Ton as young Queen Charlotte. Lady Danbury @adjoa.andoh and @arsemathomas as her younger self will also be participating in the social season, alongside none other than Ruth Gemmell as Lady Bridgerton, and Corey Mylchreest as a young King George."

Related:
Everything We Know About "Bridgerton" Season 3, Including the New and Returning Cast

"Centered on Queen Charlotte's rise to prominence and power, this Bridgerton-verse prequel tells the story of how the young Queen's marriage to King George sparked both a great love story and a societal shift, creating the world of the Ton inherited by the characters in 'Bridgerton,'" the logline reads.